THE WITCHFINDER'S SISTER by Beth Underdown. An interview with the author by Adèle Geras 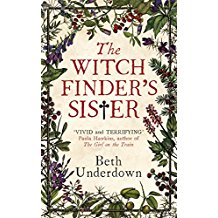 Some time ago, I downloaded this book to my Kindle because I'd read a favourable review of it in the Times. Full disclosure: I love books to do with witchcraft and I've written on this blog about just such a one by my friend Livi Michael. That was about the Pendle Witches and this novel speaks in the voice of a sister of the infamous Witchfinder, Matthew Hopkins. At the back of the book there's a piece by Underdown in which we discover that Hopkins had siblings but that little is known about them. This gap in the history gives the writer the space to create Alice, elder stepsister of the man who spread terror and destruction in the Tendring Hundreds of Essex and Suffolk during the 1640s. Many women were hanged and before that, subjected to terrible tests to discover whether or not they were witches.

Alice is a wonderful fictional creation who writes with a voice that is clear, unsensational and intelligent and which seems to reach us through the centuries with the power of someone speaking directly to us. It's a voice that carries weight. It is full of emotional understanding. It describes everything in a way that is plain but deep; full of emotion but also unhysterical. The real events that unfold are known to anyone interested in the period, but Alice, speaking about her brother, provides a context and a background that is most persuasive. Why does a man become a Witchfinder? What impels him? Are there psychological reasons for his dreadful fixation for rooting out women with supposed supernatural powers? And what of Alice? Why is she returning to Manningtree after the death of her husband in London?

Others play a part in the disclosures that follow: Alice's mother-in-law, Bridget, whose life has been entwined with that of Matthew's late mother; Rebecca, one of the accused women; men of varying degrees of stupidity and greed; many others in the community. 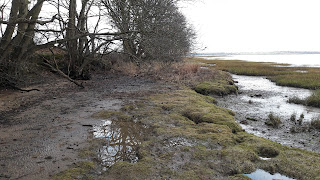 The witches Hopkins brought to their horrific ends are seen to be everything we suspected they might have been: slightly deranged, or eccentric, or strange looking, or gifted in the matter of using herbs and natural remedies for this or that, but with no more supernatural powers than a chicken. Still (and this is one of the best things about this novel) there is also the unexplained. There is such a thing as ill-wishing: people do sometimes want bad things to happen to their neighbours and their enemies. Above all, there is childbirth and the changes that it can wreak on even the most balanced of minds. Now we call such behaviour 'hormonal' and we know about post-natal depression but that's a very modern concept. It wasn't even properly talked about and understood as late as the 1970s.


Beth Underdown has woven a story of grief, anxiety, depression, longing, and the love of a sister for her brother together with an account of a febrile time of religious wars and desperately wild and frightening superstition.


The tone of the telling is compelling throughout. You are entirely in Alice's head, apart from several quotations from historical accounts. I am not going to spoil anyone's pleasure by leaking the surprise in the narrative, but there is one. Read this book and find out what it is...you won't regret it.


I asked Beth some questions via email and I reproduce her answers below. The photographs are also Beth's, taken in the Manningtree area.

1) The Witchfinder's Sister is a very accomplished début and I wonder whether it really is your first attempt at novel or whether there are any other novels in your bottom drawer. Had you been writing for a long time before you were published?


It really is my first novel! I was interested in the seventeenth century
before I came across the story of Matthew Hopkins, and at the point
that I found the subject of The Witchfinder’s Sister I’d completed a
chapter or so of a novel based on the life of the herbalist Nicholas
Culpepper. But it didn’t really feel vital (I think due to a lack of
villain!)


And as soon as I started to research the Hopkins witch hunts, I
changed tack straight away. Before starting work on The Witchfinder’s
Sister I’d been writing bits and bobs of short fiction for years. But I’d
never sent anything off, or finished or indeed been happy with much
of what I’d written. I think I was waiting for the right topic – the right mould
to pour my jelly into!
2) Can you outline where you interest in history comes from? Were you a bookish child?

I was an extremely bookish child – most of my free time was spent
reading, until I left home for university. And I always liked history,
too, and studied it up to A-level – but I never got brilliant marks.
I have quite a bad memory, so being examined on dates wasn’t
perhaps my strong suit.


I think the interest in history was always there – but maybe it came
in the first place from family holidays – my parents liked hiking, and
we holidayed a lot in the UK, places like Scotland and Cornwall.
Castles, standing stones and things like that were used as treats to
convince my brother and me that long hikes were a good idea!


3) What was it about this story that appealed to you?

I think initially it was the shock of it – the scale of what had happened,
the number of deaths. From that came an outrage that propelled me
through some of the research – but I think what sustained me as I
developed the story was a growing interest not just in telling people
about the witch hunts, but also in figuring out why and how they
could have come to pass.


4) Did you have any private rules about mixing fiction with fact?

For this book, my rule was that everything to do with the women
who were persecuted in the witch hunts – their names, their stories –
should be kept as accurate as possible. Likewise, Hopkins’s movements,
and what is known about his life – where he was on a certain date,
for instance – all that should be accurate. But everything about his
emotional life is invented, or speculated – and Alice, Joseph and
Bridget are completely fictional. I think my private rules for this book
came from balancing a sense of an ethical responsibility to Hopkins’s
victims against the necessity of inventing full emotional lives for my
characters – and of telling an engaging story.


5) You are very sparing with the physical description but the places you wrtie about are very clear and present to the reader. Can you put your finger on how you evoked the Essex of the 1640s?

This is a very hard question to answer. I did a lot of wandering
around the Tendring Hundred (the area around Manningtree,
where the witch hunts began) with the oldest map I could find
– which was one from 1810, but still useful because it subtracted
railways and A-roads from the landscape. I looked into how the
agriculture, shipping and fishing would have changed. I also did a
fair amount of research into seventeenth century domesticity –
what people ate, what different things cost. Beyond that, I think it
was an effort of imagination – and I’m really glad you feel it works!

6) Are there any other pieces of fiction that influenced you in the writing of this book?

There are many writers I admire, but I think the works that influenced
this book most consciously were Wolf Hall and Bring Up The Bodies.
I love how ordinary and vital the dialogue in those works is – how
well and how naturally they avoid the ‘thees and thous’ that are so
hard to pull off (but also hard to avoid) in historical fiction. I feel that
Hilary Mantel’s approach to the early modern period in fiction is
incredibly fresh and frank, and I’ve tried to replicate some of that approach in
The Witchfinder’s Sister.
7) You teach Creative Writing at Manchester. How do you integrate the writing of fiction into your day job?

I’m on a 0.5 FTE contract at Manchester, and my colleagues have
been very good to me this year in allowing me to have half the year
teaching and half the year not. So I was teaching a full load between September and Christmas – and didn’t do a scrap of writing, but enjoyed it immensely! Then this semester I’m not teaching, and am
able to make some headway with Book Two and also do events and nice things like that for TWS.

8) How did WS come to be published? Do you have a follow up to WS? Can you tell us a little bit about that?

The Witchfinder’s Sister had a long road to publication. It started
with my agent, Nelle Andrew, who spotted me in the anthology put out
by the Creative Writing MA course that I took at Manchester (where
I now teach!). Nelle got in touch with me, and we met a few
times – the book was in the very early stages, but she seemed to
love and understand what I wanted to do with it, so I signed up
with her. Then some years went by while I worked on the book, but
also did a bit of living (a succession of different jobs, a marriage and
then a divorce, a painful illness followed by an operation that mostly
fixed it). At last I quit my day job to give the book one last proper
push, and Nelle found it a home with Katy Loftus at Viking, who was absolutely
the best editor I could have hoped to meet.


There will be a sequel to TWS one day – and if you read the book
(Do not cheat and skip to end!AG) you might guess what and where
it will be. But next I’m writing something a little different – still
a bit Gothic, but later in history – 1899/1900. It’s about death,
but also love and friendship – and that’s probably as much as I can say
at the moment! 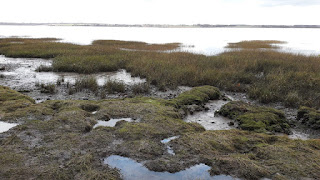