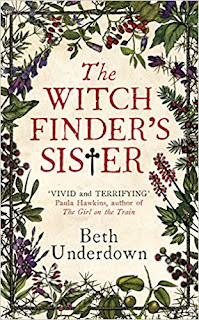 The HWA Debut Crown shortlist for 2017 demonstrates that there is a wealth of fresh and exciting historical fiction from new writers out there and that historical writing is very much alive and kicking.

1645. When Alice Hopkins' husband dies in a tragic accident, she returns to the small Essex town of Manningtree, where her brother Matthew still lives.


But home is no longer a place of safety. Matthew has changed, and there are rumours spreading through the town: whispers of witchcraft, and of a great book, in which he is gathering women's names.

To what lengths will Matthew's obsession drive him?
And what choice will Alice make, when she finds herself at the very heart of his plan? 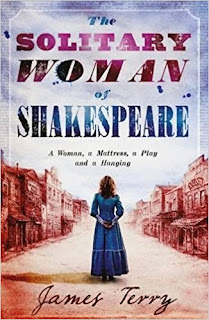 When seventeen-year-old Abigal Walker, the youngest of four sisters and desperate to escape her mother´s oppressive house and her tedious factory job in the East, responded to the ad, Man in Territory seeks correspondence with adventurous gal, she thought she had found her ticket to love and freedom.

She falls in love with a man named Henry through the lovely letters he sends her about his home in the West and she agrees to travel there to Shakespeare to become his wife.

But instead she finds herself lured to a rough mining town and twice-deceived. The first surprise she discovers upon arrival in Shakespeare is that she is the sole woman to have ever set foot there. 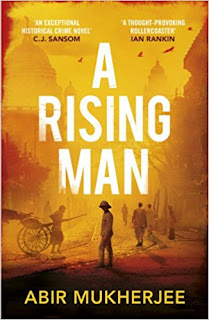 India, 1919. Desperate for a fresh start, Captain Sam Wyndham arrives to take up an important post in Calcutta's police force.

He is soon called to the scene of a horrifying murder. The victim was a senior official, and a note in his mouth warns the British to leave India – or else.

With the stability of the Empire under threat, Wyndham and Sergeant 'Surrender-not' Banerjee must solve the case quickly. But there are some who will do anything to stop them... 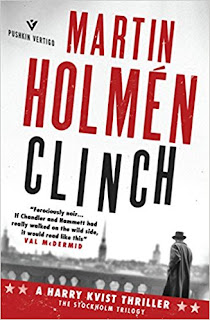 The writing's on the wall for Harry Kvist. Once a notorious boxer, he now spends his days drinking, and his nights as an enforcer on the streets of 1930s Stockholm a city where the rich rule and the poor freeze. But one biting winter's night he's sent to collect from a debtor named Zetterberg, and when the man is found dead shortly afterwards, all eyes are on Kvist.

Kvist's struggle to clear his name will lead him from the city's criminal underworld to its opulent elite. It will bring him face to face with bootleggers and whores, aristocrats and murderers, and force him to confront his own darkness. It will be the biggest fight of his life. 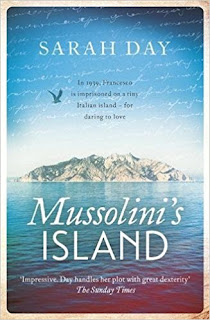 Francesco has a memory of his father from early childhood, a night when life for his family changed. From that night, he has vowed to protect his mother and to follow the words of his father: Non mollare. Never give up.

As Francesco is herded into a camp on the island of San Domino, he realises that someone must have handed a list of names to the fascist police. Locked in spartan dormitories, resentment and bitterness between the men grows each day.

Elena, an illiterate island girl, is drawn to the handsome Francesco. Sometimes, she is given a message to pass on. She's not sure who they are from; she knows simply that Francesco is hiding something. When Elena discovers the truth about the group of prisoners, the fine line between love and hate pulls her towards an act that can only have terrible consequences for all. 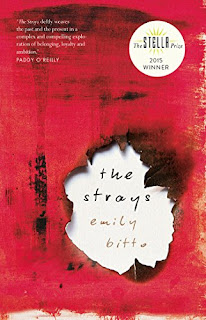 On her first day at a new school, Lily befriends one of the daughters of infamous painter Evan Trentham. He and his wife are trying to escape the conservatism of 1930s Australia by inviting other like-minded artists to live at their home. Lily becomes infatuated with this wild, bohemian lifestyle and longs to truly be a part of the family.

But as the years pass, Lily observes the way the lives of these artists come to reflect their art. Yet it's not Evan, but his own daughters, who pay the price for his radicalism. Almost 30 years later, Lily contemplates the ordinary path her own life took, how she has played it safe, but does freedom come at a cost?

Brought together once more, this is a story of the impact of loss, devotion and obsession, and the demise of one family.

Elizabeth Fremantle's latest novel The Girl in the Glass Tower is published by Penguin
Posted by Liz Fremantle at 06:00