Our August guest is Amy Licence: 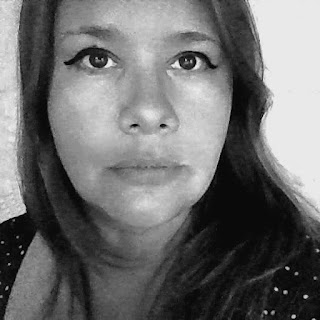 Amy Licence is an historian of women’s lives, from queens to commoners. Her particular interests lie in Modernism, specifically Woolf and the Bloomsbury Group, Picasso and Post-Impressionism. She has an MA in Medieval and Tudor Studies and has published several scholarly articles and books on the late fifteenth and early sixteenth century: focussing on gender relations, queenship and identity, rites of passage, pilgrimage, female orthodoxy and rebellion. Her magisterial study Catherine of Aragon: An Intimate Portrait of Henry VIII’s True Wife was published in 2016 by Amberley.

Amy has written for the Guardian, the TLS, the New Statesman, BBC History, the English Review, the Huffington Post and the London Magazine, She has been interviewed regularly for BBC radio, including Woman’s Hour, and made her TV debut in the BBC documentary The Real White Queen and Her Rivals. She also writes literary fiction and has been shortlisted twice for the Asham Award.

She lives in Canterbury with her husband and two children.
www.amylicence.weebly.com


It is said that successful artists remember the days when they were poor with sad nostalgia. There can be no doubt about this. They have left in those places where they lived when they were young and poor all that was best in themselves … When they leave poverty behind them they are also bidding farewell to a purity and a dedication which they will try in vain to find again … Picasso’s restless spirit, continually needing to delve and look further, could only develop satisfactorily in an atmosphere undistracted by glamour and wealth.

The bohemian life was not an easy one. The lives of Sophie Brzeska, Ida Nettleship and Fernande Olivier were acts of consistent bravery in the face of censure, hardship and illness. Their freedom was bought at considerable personal cost. Sophie, Fernande and Ida each fell in love with an artist, a man who found significant fame, sharing their life and witnessing, even participating in, the creation of works that would enter the artistic canon.* While canvases were being covered or stone carved, Sophie, Ida and Fernande were creating and maintaining a domestic and emotional foundation for the production of art; a home, a centre, an essential continuity and stability. But they rarely did so as passive witnesses. Not only were they facilitating their men’s work, they were also acting as models, supplying food, comfort, guidance and attempting to engage in their own artistic pursuits. Few people today know anything about their painting or writing: their obscurity is partly a product of these men’s colossal success as well as the limited machinery of culture, biography and history. Their aspirations have been forgotten, their efforts subsumed in domesticity. And yet they lived bravely, even radically.


Polish aristocrat Sophie Brzeska was to have her literary efforts frustrated through decades of privation and poor health, yet she continued writing stories, until insecurity and illness broke down her mental health completely. Illegitimate French beauty Fernande Olivier had the potential to become a writer or teacher before a chance encounter altered the direction of her life forever. Later, her artistic talent was eclipsed by the immense presence of her lover, on whose name she would continue trading as a way out of poverty. English middle-class Ida Nettleship sacrificed a promising career to be the muse of the man she loved, only to feel that she had failed, and to die young, worn down by a string of pregnancies. Yet their lives sing with determination and vitality. As frustrated artists, beset by the insurmountable obstacles resulting from their moment in time, they matter. As women, their stories tell a familiar and universal truth. They deserve to be brought out from the shadow cast over them by their more famous menfolk and allowed to shine. But they also beg the question of whether such sacrifice was worth it.

To the twenty-first century eye, the lives of Sophie, Ida and Fernande can read like relentless tests of endurance. Existing in pitiful and harsh conditions, often isolated and lonely, they can surely inspire sympathy in an era when women’s lives have been altered forever by advancing technology, emancipation, contraception and drastic social change. All three found their choices affected by the struggle to balance domesticity with creativity and as a result, saw their early promise curtailed by the difficult daily business of survival. Children, poverty, ill-health, lack of opportunity and their devotion to a man got in the way. Yet this was the world as they knew it. The demands placed upon women were complex and constant. Although the laws surrounding marriage and divorce were changing, health provision was improving and the suffrage cause was advancing, such liberties did not fully penetrate even the most enlightened families. Nor could they change the basic dynamics of male-female relationships.

Picasso was so jealous about about Fernande that he sometimes refused to let her go out alone; Augustus John continually impregnated his wife and was irritated by the noise of their children; Sophie refused to submit to Gaudier’s sexual requests yet feared he would be stolen away by another woman. The ability of these three women to fulfil their artistic potential was inseparable from their gender. For Ida, Sophie and Fernande, specific circumstances combined to create obstacles between them and their full artistic expression.

Inescapably, the late nineteenth century shaped their health. Born into financial dependence, Sophie and Fernande were perhaps better equipped to deal with later privations in adulthood, their survival partly due to a learned resilience the middle class Ida lacked. Poor diet, health and sanitation provided constant challenges in the adult lives of all three and, in some cases, the impacts were permanent, even fatal. An additional side effect for Fernande and many other women in similar deprived situations, was the irreparable damage to their reproductive abilities, through disease, violation or aborted pregnancy. However, in spite of the obvious suffering this caused, infertility meant they were never exposed to the huge risks of childbirth repeatedly faced by Ida and other contemporaries. Additionally, Sophie, Ida and Fernande found their developing sexual identity challenging; the transition from adolescence brought danger, discomfort and often disappointment. At varying points in their lives, all three suffered from a lack of control over their sexual activity and the physical and emotional aspects of their relationships with men. Ida was overwhelmed by John’s fecundity, Fernande’s beauty made her a target for predators and Sophie insisted on a platonic relationship with Gaudier. 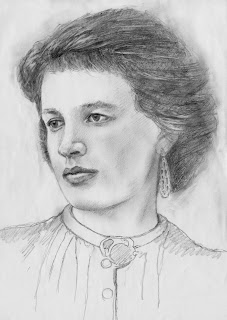 Outside the confines of a protective family unit, the world they inhabited was fraught with dangers for young women; Ida and Sophie travelled independently but, as Sophie and Fernande’s experiences testify, the more immediate threats to physical safety and virtue could be closer to home, even within it. Sometimes their choices, or lack of, caused them to be isolated from friends and family and their brave attempts to adapt to this loneliness were not always successful. In turn, each sought the consolation of more reliable and sympathetic female companions, who had shared similar experiences. This is not to suggest the development of a powerful solidarity or ‘sisterhood’; their biographies make clear that these attempts at female connection could be disappointingly short-lived, sometimes rebuffed, marred by rivalry or frustrated by conditions beyond their control.

None of them can be claimed for the suffrage movement. They did not fight for women’s rights or make any stand that was politically motivated; they were essentially private individuals rather than spokeswomen yet, in their own way, they played a part in the redefinition of the boundaries that defined female lives. Each experienced specific moments when changing social and moral expectations informed their decision making and resulted in deliberate acts of defiance which, although frequently motivated by personal desire, expose a complex interrelation of individual and context. Millions of Sophies, Fernandes and Idas fought out their own personal battles before the minority stood up for them. What seems most strikingly and inescapably time-specific, was the power of men to define and limit their artistic achievement: their success being as durable as contemporary masculine understanding and generosity.

Separated by the passage of a century and vocal women’s movements, it is easy to talk about wasted opportunities and romanticise these women as heroines sacrificed to male success. As artist Edna Clarke Hall put it in response to her critics, women’s responsibilities lie equally with their children and ‘…in the development of the powers in herself which are her true expression.’2 The early twentieth century does provide examples of comparable women who became successful artists as well as raising children: Bloomsbury’s Vanessa Bell, poetess Frances Cornford, Ida’s friends Edna Clarke Hall and Gwen Salmond, as well as Montmartre’s Suzanne Valadon and the Impressionist Berthe Morisot – all persisted despite complicated personal arrangements. Yet there was also a significant number of successful women who remained single, delayed marriage, or did not have children, featuring on the fringes of these three lives: artists Ursula Tyrwhitt, Dorothy Brett, Dora Carrington, Gwen John, Nina Hamnett and Marie Laurencin; writers Virginia Woolf, Gertrude Stein and Katherine Mansfield.

For some it was a deliberate choice, predicated upon circumstances or sexuality, whilst some exercised little control over their own fertility. Of course there are many others but, although equal success in the realms of domesticity and creativity was achievable, it was significantly more difficult than for the women of the later twentieth century. Possibly of the three, Ida came the closest to having what would now be considered the most successful, if short-lived, ‘career’, studying at the Slade throughout her teenage years. A handful of Fernande’s pictures have been reproduced in biographies of Picasso and, until recently, Sophie’s unpublished diaries and short stories languished in a Colchester library, unread. Their posthumous existence has been allied to the fame of those who directly affected their output but it is significant that they have been remembered primarily as women and not artists or writers. 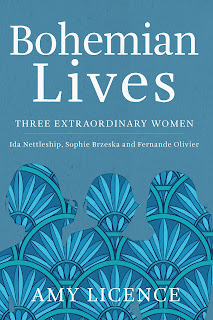