The Ghost: A Cultural History – A Review by Anna Mazzola

‘The English have been haunted too long for their own good,’ declared the cover blurb for the 1963 compendium The Stately Ghosts of England. ‘We have become blasé,’ it continued. ‘We shoulder our way through this perpetual danse macabre with hardly a thought.’

In her new book, The Ghost: A Cultural History, Susan Owens seeks to address this, taking a long and fascinating look at how, from at least the 8th century onwards, ghosts have been making their spectral way through our art, our fiction and our architecture. In the course of her extensive research, Owens realised that, ‘ghosts are mirrors of the times. They reflect our preoccupations, moving with the tide of cultural trends and matching the mood of each age.’ 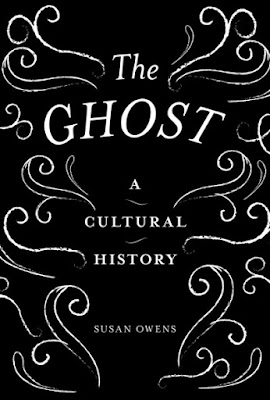 Ghostly mirrors of our times

Looking at a wide range of art, literature, folklore and film, art historian and curator Susan Owens examines how each age has created and responded to a particular type of ghost. Certainly, they have not always been the wispy presences we think of today. In the 12th century, a ghost was less likely to flit through your door, ‘more likely to break it down and beat you to death with the broken planks’. During the Medieval era, the undead tended to take the form of savage beasts or decaying corpses, seeking release from purgatory, or dispensing moral lessons. With the Reformation and the removal of purgatory, they were ‘reimagined as refugees from the afterlife…obsessed with seeing justice done.’ Ghosts were forever popping up to reveal terrible crimes or prevent miscarriages of justice, one even appearing in the witness box to shock the murderer into a confession.

In the mid-17th century, people’s interest in ghosts took a scientific slant: experiments were conducted, data gathered, theories put forward. Thomas Hobbs was not impressed, stating that the very word ghost, ‘signifieth nothing, neither in heaven, nor earth, but the Imaginary inhabitants of mans brain.’

Sceptics have been present all along, one writer noting in 1730 that, ‘Nothing weakens the Minds and turns the Brains of the English people more than the delusive Horrors which the common stories of Daemons and Goblins bring with them.’ However, the beliefs were entrenched. The ghosts were going nowhere.

Writers, ever on the lookout for the next bestseller, have made good use of the ghost. Daniel Defoe clawed his way out of debt by writing A True Relation, relating the story of Mrs Veal’s ghost. And in 1764, poor old Conrad was crushed to death by a gigantic helmet at the Castle of Otranto, marking the beginning of the gothic novel. A growing army of maggot-covered corpses, bleeding ghost nuns and phantom knights would be employed to satiate the demands of the reading public. 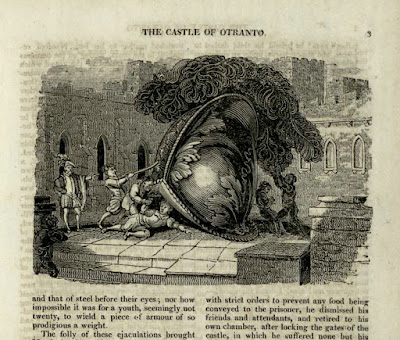 It wasn’t just writers who saw the commercial opportunities represented by ghosts. The Cock Lane ghost of 1762, which communicated through spooky rappings and scratchings, generated great excitement and numerous visits, until it was revealed to be a hoax perpetrated by a young girl under duress from her father.

Now you see me…

By the late eighteenth century ghosts had a new look. They were still wearing white, that being the colour of grave clothes (undyed linen and, later, wool), but they had ditched the unfashionable shrouds they’d worn in the 17th century and replaced them with simple white shirts. And as time went on, they adopted a new quality. They became see-through. When Dickens described Marley’s ghost as ‘transparent: so that Scrooge…looking through his waistcoat, could see the two buttons of his coat behind’ he was drawing on a fairly recent convention.

The idea was reinforced by the invention of photography at the end of the 1830s: ‘It was not long before shadowy figures, produced by the technique of double-exposure, were interpreted as ghosts that had been detected by the camera’s mechanical eye.’

Reality followed art. In her 1848 compendium The Night Side of Nature; or, Ghosts and Ghost Seers, Catherine Crowe described ‘true accounts’ of cloudy or ‘vapoury’ ghosts.

The huge popularity of these ‘true tales’ coincided with a rise in fictional ghost stories and with the surge of a movement which was brought to England by an American woman called Maria Hayden, who in 1852 advertised her services as a medium with the power to contact the dead. ‘Up and down the land, tables were rapped and tilted, and planchettes poised expectantly over paper.’ Spiritualism was a hit.

The sceptics were still amongst us, however. In 1882, the Society for Psychical Research began an inquiry into ‘that large body of debatable phenomena designated by such terms as mesmeric, psychical and spiritualistic’. And in 1890, Charlotte Sophia Burne, the first female president of the Folklore Society demanded that folklorists get out of their armchairs and do ‘a great deal more recording’ of ghost stories and folk tales before the oral traditions died.

One of the most interesting aspects of The Ghost is its exploration of the ghost story and how it has changed over time. Victorian ghost stories had to be gripping and sensational in order to fit in with the demands of the magazine format. They became very much a convention – a Christmas treat. Later eras broke free of the formula, however. In the 1950s, Muriel Spark reinvented them as everyday apparitions, ‘modern, urban and articulate.’ The ghosts of Hilary Mantel’s 2005 novel, Beyond Black, are ‘repetitive, dreary, demanding.’ Today’s writers and artists are, Owens says, ‘re-imagining what ghosts are, what they do, what they mean to us…more creatively and more broadly than ever before.’

The proliferation of books, blogs and television programmes devoted to ‘true hauntings’ show that ghosts have become ‘more entrenched than ever in our heritage.’

They continue to imbue our art, our fiction, our lives. On 1 July 2016, the anniversary of the first day of the Battle of the Somme, around one thousand four hundred men, all wearing First World War army uniform, mixed silently with commuters all over Britain. The National Theatre confirmed that the work was partly inspired by accounts of people seeing their dead loved ones’ ghosts both during and after the war. ‘For a few hours that day,’ Owens writes, ‘the Great War’s ghosts were made visible.’

This is a fascinating and beautifully-presented exploration of our centuries-long relationship with ghosts – a relationship that has survived scientific, political and religious revolutions. In 1778, Dr Johnson said of the supernatural: ‘All argument is against it; but all belief is for it’. It seems not much has changed.

I will be speaking to Susan Owens, as well as to Andrew Taylor (Fireside Gothic) and Laura Purcell (The Silent Companions) at History by the River on 14 November 2017.
Posted by Anna Mazzola at 08:30