Today is the 6th December, which I always remember is St Nicholas’s Day. It’s hardly an obscure piece of knowledge for a middle-aged woman who had a religious upbringing, but what’s interesting about it is that I first learned the fact from reading the Chalet School books. You may remember the school’s celebration of the Feast of St Nicholas in Mary Lou of the Chalet School.

Thinking of this made me realise how much historical fact I hoovered up from my early reading. And just for fun, and to celebrate the Feast of St Nicholas, here are six of them, one for each day of the month so far. I’m sure most History Girls will have their own favourites – do feel free to comment!

The Colours of the Suffragette Movement – A Vicarage Family (Noel Streatfeild)
I didn’t learn about the suffragettes until secondary school. But long before that my interest had been piqued by the scene in A Vicarage Family when the children’s father is horrified at Louise being asked to give a bouquet to visiting speaker and to wear a white frock with a green and violet sash. ‘These are the colours worn by women who want to defy the rules by which all good women live,’ he tells his daughters, sending the indignant ten-year-old me to find out more. 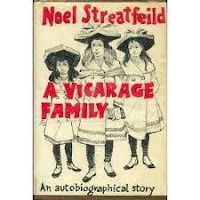 Victorian Ice Cream – Hokey Pokey
I was an adult when I first read the term ‘hokey pokey’ for an ice-cream, in Jacqueline Wilson’s Hetty Feather. What resonated with me was that, as a child, I was never allowed to call an ice-cream cone a ‘poke’ which was the usual Belfast term, as my mother considered it common. I wonder now if that was merely a shortening of the Victorian slang.

In The Chalet School in Exile, published in 1940, a popular adult character, the father of two pupils, is sent to a concentration camp and murdered. I read this in primary school, and it shocked me. I don’t remember if it was the first time I’d heard of concentration camps, but for young readers in 1940 it might well have been. I found out a lot of European history in general from the Chalet School. 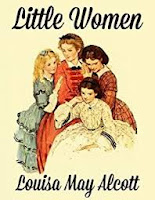 Meg, Jo, Beth and Amy’s Father being ‘far away, where the fighting was’ led me to find out about the American Civil War. Only as an adult did it strike me how little Alcott actually says about the reasons for the war.

From Antonia Forest, from whom I also learned a great deal about falconry, Vatican 2, the Brontës, and Shakespeare. From her too I probably learned the importance of running and finding out, which the formidable Miss Cromwell expected her pupils to do.

A Great Deal About Early Aviation
From Flambards, of course. Invaluable ever after for University Challenge questions about the pioneers of flight.

Another interesting aspect of The Chalet School in Exile is the way it shows that Nazism is bad not all German people. I was reading it when I was about 9 or 10 so this was a new idea. And yes, I learnt many facts from the Chalet School books too.