Paris 68 and a world of today, by Carol Drinkwater 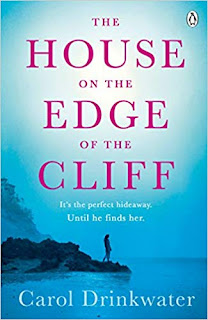 Forgive the blatant self-promotion of this post, but I am very excited. Here is the front cover for my new novel to be published on 16th May. It has been described as "Carol Drinkwater's epic story of enduring love and betrayal, from Paris in the sixties to the present day."

I am delighted that it is to be published in May, although if I had been a little quicker with the research followed up by the writing, it would have been published last year, 2018, which was the fiftieth anniversary of Paris '68.

Instead, we are 51 years on from that extraordinary spring. A spring that saw 6,000 students locked out from their Paris universities and taking to the streets, the entire country coming to a standstill due to 10 million striking workers who forced the closure of factories all across the land, transport at a standstill, and the flight of President de Gaulle albeit for just a couple of days before his return to clamp down and put an end to the voices of so many.
Today, historians see Paris '68 as the jolt that pushed France into the twentieth century. I was just beginning drama school in London in 1968. My interest in politics was, I must confess it, zilch. British politics seemed remote enough but French and world politics were far beyond my circles of interest. However, like many of my generation the War in Vietnam, American involvement in it, the burning of draft cards, had drawn my attention. If I were a student now and Paris was happening now, I would like to think that I would get involved.

Soyez realistes, demandez l'impossible. 'Be realistic, ask for the impossible.' This was daubed on the wall of one of the Paris bridges.

'Run free, comrade, we've left the old world behind'. Scrawled across one of the walls of the Sorbonne buildings.

My novel is, after a fashion, my way of redressing that lack of interest on my part of fifty years ago.

Grace, my protagonist, is sixteen in 1968. She dreams of becoming an actress - which she achieves rather successfully - and is awaiting her studies at a London drama school. She decides to spend a few months in Paris. The city of cinema, of Truffaut, Godard, Jean Renoir, Jacques Tati, and many others. Jeanne Moreau, Fanny Ardant, such actresses are her idols. On her first day in Paris, she meets a young English student who is studying at the Sorbonne, Peter. Peter is far more politically aware and active than the young Grace and he draws her into his world. She becomes involved in the demonstrations which lead to civil unrest. She fights along with the students, building barricades and spending late nights in cafés and bistros where for the first time in her life she is presented with choices. How to live? What are her values? What is worth fighting for? Freedom of speech, independence, the sexual revolution. Women's rights.
A generation in revolt.
Sleeping on a friend's floor somewhere on the Left Bank.
She rubs shoulders with Daniel Cohn-Bendit who was one of the leaders of Mai '68. Today, Cohn-Bendit, known back then as Dany le Rouge for his hair colouring not his politics is a member of the European Parliament and Germany's Green Party. 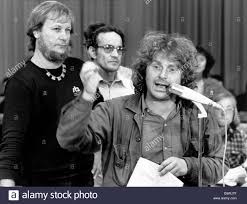 Daniel Cohn-Bendit, today and as a young revolutionary

Abortion and homosexuality had both been legalised in Britain in 1967/early 68.
In France, the legalisation of abortion for up a pregnancy of up to ten weeks did not pass until 1975 and was finally made law in 1979whereas  same sex relations were decriminalised in France in 1791.

The '68 sections of the novel, which spans fifty years up to the present day, offered me the opportunity to research and then bring to life on paper the struggles and the dreams of those young. The Sixties was a very special decade in modern history. Television had arrived into our homes, or those of us in the western world who had the means to acquire or, in my family's case, rent a television set. The daily news was in our living rooms. Vietnam, the death of young soldiers - the same age as I was back then - was played out before my eyes on the small screen. War was there in front of me in black and white or, for some, in colour. The United Kingdom was doing its best to be accepted into the new European Economic Community, founded in 1957.
Music became a potent force for change. As a post-war baby, by the Sixties, I had pocket money and a little bit of earning power  (cleaning the houses of the well-heeled for one shilling an hour!) and could buy records. Eps, LPs, singles. The Beatles and the Stones dominated the British charts but there was also Janis Joplin, The Doors, Bob Marley, an endless choice of now legendary musicians.
The Woodstock Festival was one summer away. Hair, the American Tribal Love-Rock musical, which I saw in London brought nudity and pot-smoking to the West End stage. Quel shock!
In the UK the original production starred Oliver Tobias and Marsha Hunt.

Here's a link to Hair: https://www.youtube.com/watch?v=3_BgFSy0M4E

We didn't have the internet, we didn't have emails or Smartphones but we were becoming connected to other like-minded young, and even to those who did not share our points of view. Grace steps out of her comfort zone when she steps off the train in Paris. Over the course of one summer, she falls in love - a head over heels kind of reckless teenage love that provokes a devastating accident and leaves its dark shadow on her life. She tries drugs, she demonstrates, she loses her virginity. She makes friends. Until that point in her young life, her family and her small town surroundings are all that she has experienced. The idea of changing the world is a notion she has heard about in songs, on the television. Her summer in Paris changes all that and by the time she returns to London to begin drama school, her life has changed forever.

Look forward to its publication and obtaining an early copy.

So interesting...Thank you, Carol...certainly adds to the anticipation of reading your new novel! Looking forward to that very much...I am afraid I let so much of that time ‘pass me by’ as I was totally wrapped up in my world...