This month's guest is the best-selling author of the Masie Dobbs series of crime novels, Jacqueline Winspear. She was born and raised in Kent and emigrated to the USA in 1990. She has written extensively for journals, newspapers and magazines, and has worked in book publishing on both sides of the Atlantic.

Here she talks to Charlotte Wightwick about the role war journalists played in bringing the USA into World War II, the role of women during war time and the fascination of writing a long-running series.

There were many war correspondents in Britain during the war, not only from the USA, but representing our Commonwealth allies, and those countries already invaded by Germany. However, the focus in this book is chiefly the journalists who reported news of bombing during the Blitz to the USA – via both radio (or “the wireless”) and print media. Obviously, a good number of those reporters were Americans, and of particular interest in The American Agent is the work of Edward R. Murrow, who broadcast for CBS from a small studio in the bowels of the BBC in London...I was drawn to the fact that Murrow revolutionised broadcast news in a manner that set the scene for the type of reporting we see today. Prior to his broadcasts (and he typically broadcast between midnight and 3:00am, a time when Americans would be sitting down to dinner), the BBC was a very formal environment – in the early days the men who read the news would wear dinner jackets and bow ties. Little emotion came into the reporting, and it was very matter of fact, delivered in the clipped tones of Received English. 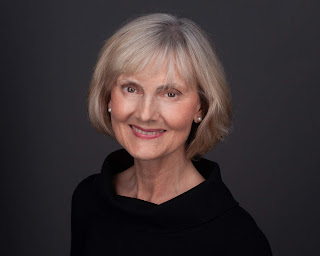 Murrow knew he had to bring in the human factor to have any impact on American audiences, for whom the war was very much “over there and nothing to do with us.” On one occasion he famously took recording equipment into the street to record the footsteps of people running for cover in a bombing raid, and he repeatedly went into shelters to record the voices of ordinary people, and later accompanied the crew of a Lancaster bomber on a raid into Germany. This immediacy began to have an impact on American opinion, and effectively shortened the distance between the two countries... Other reporters had an impact too – Mollie Panter Downes in her “Letter From London” in the New Yorker did her part, as did JB Priestley, Vernon Bartlett and Cecil Beaton with his photography, published in Life magazine. They were, if you will, the agents of change in American opinion.

The character Catherine Saxon is an amalgam. I have been interested in the work of women war correspondents since my early teens, so I’m very familiar with so many of those women who have effectively put their lives on the line to tell the story of what is happening in a war zone. In a way Saxon is a blend of Clare Hollingworth, Marguerite Higgins, Dickey Chapelle and Martha Gellhorn – and so many others I admire. I could go on listing names! 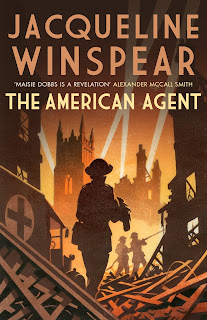 A big theme of the novel is whether or not the Americans will join the war, and the work of the media, undercover agents and propaganda to try and bring that about at this time. Why did you choose to focus on this?

It’s such an interesting period, and I am drawn to the role of soft propaganda in a time of war – and indeed, in the time leading up to war. In an earlier book, Elegy For Eddie, one of the continuing characters, a writer, is part of a group who are charged with developing appealing stories about Britain – her countryside, industry, people, farm life, children etc. The initiative was to give the people a deeper sense that they had something to be proud of in Britain, and an emotional connection to their country. This was part of the story was based upon fact – there was that emphasis in newspaper and magazine storytelling, as it was clear to the government that another war was on the cards, and they wanted the people to be ready to take up arms and be ready to protect their country – they wanted them ready for war, and most people were reluctant to consider war as they’d lost so much in the years 1914-18. Edward R. Murrow and his “boys” in WW2 were considered to be one of Churchill’s greatest tools in the job of getting the USA behind Britain’s war effort.

Maisie is torn in this novel between her life as an investigator, her voluntary work as am ambulance driver, the child she wants to adopt and the possibility of a new romance. How far do you think these pressures were typical for women of Maisie's generation?

I think multiple pressures are typical for women of any generation! My grandmother had to keep her job and had to consider the safety of her ten children. Many women worked, volunteered and cared for families in dreadful conditions following the repeated bombing night after night after night. I have visited the archive of the WRVS (In the war it was simply the WVS – Women’s Voluntary Service – the “Royal” designation came later), and simply reading the very detailed reports from every woman who worked through the Blitz and subsequent bombings would leave readers in no doubt that multiple pressures were very much the lot of women – and continue to be so today.

This is the 15th Maisie Dobbs novel. What is it that keeps bringing you back to her? And can you give us any insight into what will be coming next for her?

From the time I knew I had not just one novel, but the material for a series, I wanted to move my characters through time. I wanted to see how they grew and changed with experience, and how they were impacted by the events of their day and the trials and tribulations of their lives – creating that overall arc of story keeps me coming back to the series. I wanted to create a saga in the traditional sense, but one underpinned by the journey through chaos to resolution that is at the heart of mystery. Ultimately, life is that mystery, and I am buoyed forward by the journey not only of Maisie Dobbs, but her fellow characters – and history itself. History frames the story – and that is the only “insight” I can give for what comes next!

The American Agent (number 15 in the bestselling Maisie Dobbs series) by Jacqueline Winspear is out now and published by Allison & Busby. Previous titles in the series are being reissued by John Murray.
Posted by Charlotte Wightwick at 00:30