'A bitter and unrelenting enemy', by Susan Vincent

The time has come to confess. I've got clothes moths. And I have spent a ridiculous amount of this summer in trying to get rid of the little buggers. 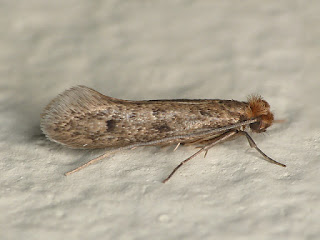 I have to say, when we finally twigged what they were, I was surprised. Up till then I had just assumed they were, well, just regular moths. You know - modest-looking and brown, harmless – the Jane Eyre of the Lepidoptera order. In fact, given the plummeting numbers of insects and the serious problem this is for all of us up the biodiversity chain, I was even rather pleased at their plentiful, fluttering presence. But now I know better. Now I know they are rapacious, cunning and persistent, and can smell a pure wool jumper at fifty paces.

But the profundity of my initial ignorance interests me. Of course I knew the word ‘mothball’, but – seriously – I actually thought it was a redundant remnant of changed historical circumstances, like the plague or ink made out of walnut galls. I didn’t even register that a mothball must have been used to protect against moths. How did I get to middle age without realising that there were insects that fed on fabrics?

But I am not alone in having my ignorance enlightened.

Apparently clothes moths are bucking the extinction trend, and in the UK numbers are rocketing. This has been put down to a series of mild winters – though this explanation actually begs more questions than it answers. If their appearance is now being put down to milder climatic conditions, why were they so prevalent in the centuries that also experienced the Little Ice Age (a period from around the thirteenth to the second half of the nineteenth century, when the winters were much colder)? Why are we seeing an increase in clothes moths when – with the proliferation of synthetic and blended fibres – there must be so little for them to eat? And, most perplexing of all, what did clothes moths do before evolution handed them humans and their textiles? 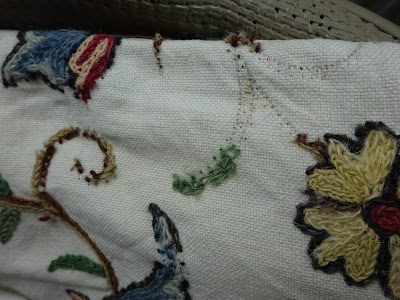 In today’s terms and in the context of my wardrobe, they certainly have champagne tastes, delicately nibbling the embroidery off crewel work (above), skimming the silken fibres from scarves, and even chewing through the carpet (below). 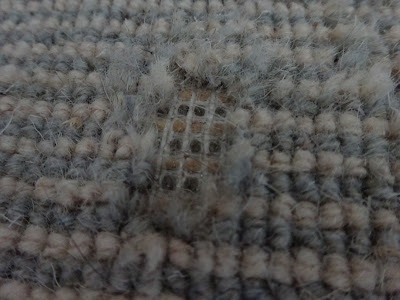 No doubt this is a damning indictment of my housekeeping skills (though I apportion a good deal of blame on my non-vaccuming husband). But it also tells us something about historical experience. Thanks to fast fashion, the dominance of petroleum-based fibres – easy-wash and easy-care – not to mention our nauseating levels of consumption and waste, the contemporary experience of acquiring and maintaining a wardrobe has little in common with the ways of the past. But, courtesy of the clothes moth, here is an experience that directly links us (or those of us with moths) with older problems and their solutions. I decided to do a little digging, to see what our foremothers and fathers made of it all.


The first thing that becomes clear is how often the clothes moth made an appearance as a metaphor in an entirely unrelated subject. Writers of early modern spiritual tracts used this familiar concrete experience of their readers – the depredations of the moth and its larvae – to make the moral point that the unrighteous and all things worldly would inevitably crumble away. In this, they were drawing on biblical paradigms. As it says in Isaiah (51.8): ‘For the moth shall eat them up like a garment, and the worm [i.e. the caterpillar] shall eat them like wool: but my righteousness shall be forever, and my salvation from generation to generation.’ Religion aside, this tells us that even hundreds of years BCE, clothes moths were a familiar problem. 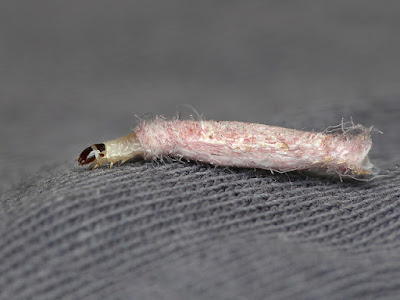 On the practical side, advice and products also start to appear in early printed books and newspapers. Perusing the advertisements in the Morning Chronicle of 1774, for instance, you would have been informed of ‘a varnish for the preservation of woollens, silks, furrs, and every other article subject to moths and insects’. The inventor of this varnish, with the expenditure of ‘much time and attention, and many tedious and expensive processes and laborious experiments’ – you can sense the inventor’s emotional investment in the knotty problem of moth damage – has brought it to perfection. You could either buy the varnish straight, or – if you didn’t fancy the phaff – you could settle for pre-varnished linen bags, into which you could then pop your apparel (Morning Chronicle, 30 March 1774). 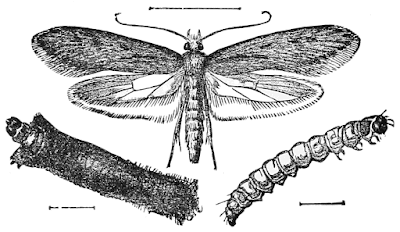 The recommended remedies and preventatives have changed little over the centuries, if at all. The most important is the regular and repeated airing of garments (the moths hate to be disturbed). They are also dissuaded by certain strong scents, such as camphor, cedar wood and lavender. Various insecticides kill them at the larval stage; others target the adults. More recently we’ve added pheromone traps to our arsenal, and English Heritage recommend the best thing to kill moths, caterpillars and eggs alike is to put affected items into deep freeze (-18 degrees C for two weeks).

I don’t want to use insecticides. I have to report that so far my pheromone traps have proved useless. And my freezer is taken up with food rather than clothing. But on the bright side, the drawers and their new-laundered contents now smell nicely of lavender, which seems to be helping for the moment.

But history would suggest that I will ultimately lose. While remedies are effective in the particular, and I may triumph this season, it is unlikely to be a lasting victory. The persistence of our bitter and unrelenting enemy, and the similarity in our coping strategies over centuries – or maybe even millennia – hint that the moths are here to stay.

In some ways I find it rather satisfying at being humbled by this ancient and simple problem. Clothes moths are a remedy for hubris, a whisper from the past, and an invitation to own less but look after it more.

Thanks for this fascinating post, Susan. I remember back in the late 1960s a winter dress that I'd stashed away in a cupboard under a bay window emerged like a lace curtain - half-eaten by moths. It wouldn't have been wool back then, but some synthetic fibre. Ever since then I've had a dread of clothes moths. Have tried cedar balls and lavender bags (the latter are homemade and keep their fragrance for years). The moths didn't return, but even so this year (fearing for my new cashmere woollies) I bought some real mothballs. They do pong, but the smell quickly disappears once things are brought out. And they do inspire a feeling of security!

My mother was a fierce fighter against moths - I well remember the smell of moth balls. But rather like you, I sort of thought they'd just gone away, and by the time my brother-in-law came to stay a few years ago and told us that those innocent looking little insects were actually clothes moths, it was too late - woollen blankets were full of holes, as were jumpers, and in hidden corners they were steadily chomping away at the carpets. Have been battling ever since!

Moth larvae eat the dirt in clothes - the damage tends to be down the front and around the cuffs - a horrible holey reminder of how messy one can be! Worst damage to carpets is often under furniture and in corners where dirt accumulates. I suppose we should look on them positively, as natural recyclers.