First, thank you Caroline, for inviting me to guest post. It is an honor to be included here among so many authors whom I admire and respect.

Like Caroline, I also write about the ancient world for children, though I am “across the pond.” One thing that has always impressed me about Caroline’s Roman Mysteries series is how fearlessly she represents the ugly realities of the times, such as male castration or child abductions by slave traders. American publishers, it has always seemed to me, are more skittish about depicting such harsh realities.

The issue of slavery, in particular, has always been a hot button here in the U.S. and understandably so. Still, I was surprised when one reviewer of my debut novel—Cleopatra’s Moon—wondered why I had not had my main character question the universal practice and acceptance of slavery in the ancient world.

Cleopatra’s Moon is the story of Cleopatra’s daughter, Selene, the only one of the queen’s four children to survive into adulthood. This was the daughter of the most powerful woman of her time, a child whose parents’ committed suicide, whose older brother was murdered, and who was forced to leave a life and home she had always known. The rightness or wrongness of slavery, I believed, would hardly have entered her awareness, let alone her consciousness under those circumstances. 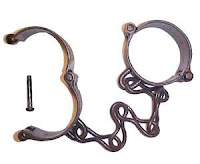 Plus, we know that there was no organized “abolish slavery” movement by leaders of the ruling class, either in Egypt or Rome. Granted, there were Roman slave revolts—a la Spartacus—but those were driven by slaves and not by any kind of moral imperative that questioned the practice.

So what was the reviewer’s question really about? I believe it was actually a reflection of my country’s deep discomfiture with our own savage history of slavery and its continuing legacy of institutionalized racism.

We had converged upon a cultural flashpoint. In regard to historical accuracy, I know I made the right call in having my characters unquestionably accept slavery as the way the gods fated some people to live.

But it has made me wonder.

Have other author’s experienced similar challenges or situations?

Have you as readers ever come across a story where it seems evident that the author is imposing a modern or politically-correct view onto history?

Again, thank you for having me here!

Vicky Alvear Shecter's debut YA historical novel, Cleopatra's Moon, was published in America on 1 August 2011 to rapturous reviews. Luckily for us, Cleopatra's Moon is also available in the UK. You can find her at www.vickyalvearshecter.com and she blogs at History with a Twist.
Posted by Caroline Lawrence at 06:23

I agree that it is a tricky balance trying to transport your reader to the past without imposing modern sensibilities. One of my techniques was introducing a character who is an outsider and doesn't understand how things are done, and why. Then the other characters can "explain". But you have to avoid any "ham-fistedness" when you do this.

I love the fact that in Cleopatra's Moon you simply present slavery as an accepted practice. Which it was!

I think this is something that historical novelists have to wrestle with on a daily basis. Literary critics and historians too. I've just been reading James Shapiro's fascinating book Contested Will, about what people have believed about the authorship of Shakespeare's plays.

One of the problems is that critics persist in reading Shakespeare's writing as autobiographical even though there is no evidence that ANY Tudor playwright, essayist or poet wrote in this way.

Hence the position "a glover's son couldn't have written about court life, Venice, Verona etc" because they are putting a 19th-21st century spin on 16th century facts.

This is a fascinating post, Vicky, and makes me want to read your book! Thanks for being our guest this month.

Thanks for being our guest this month, Vicky. I certainly recognise this problem of some readers and reviewers projecting 21st century values onto the past and judging the author accordingly! When I wrote the first book in my Viking series, 'Troll Fell', I remember my US editor expressing concern that one of my characters had sailed to the Faroe Islands, hunting and killing whales. Obviously, Faroese and Norse people hunted whales, right down to modern times: it would be daft to airbrush this out of history, and ridiculous to place modern views in the mouths of any of my Norse characters - 'Oh, the poor whales!' For these people, killing whales meant survival: and that's what historical fiction can and should show.

This seems to be a recurring problem in depictions of the ancient world - I remember seeing viewers complaining that no one addressed the wrongs of slavery in a 45-minute episode of Doctor Who set in Pompeii - as if there would have been time, not to mention the fact that no one on the planet questioned the practice until the eighteenth century!

Yes! Slavery and "cruelty" to animals seem to be a recurrent theme. My editor didn't even want one of my characters to kill a chicken (old and long past laying) to feed his starving ward! Kids need to learn that chicken doesn't come ready packed in skinless breasts from Tesco's! (Well, it does... but you know what I mean!)

I've found readers wondering why on earth my Ellie, in the de Granville Trilogy, accepts that, as an heiress, she has to marry Gavin, the elder of the two de Granville brothers, rather than Will, the younger, who would be her choice. And it's hard for modern readers to get their heads round a girl, Marissa in Blaze of Silver, for example, choosing a nunnery as a path to power and even a certain independence, rather than a nunnery as a place of last and rather defeated resort. Yet it seems so important to be true to the values of the times, otherwise we're not writing historical novels, but modern novels set in historical times. Not the same thing at all, even if editors are sometimes hard to convince.

I think modern sensibilities are almost bound to creep in. It's very hard to put yourself in another culture's worldview as completely as they lived it. Mary Beard makes a good attempt in presenting the Roman way of life in Pompeii, but even she admits defeat.

(I do think there's lots of potential in a story where Caesarion escaped being murdered, tho....)

I think it is really fertile ground for story to choose subjects that your historical characters are questioning, ones which are just beginning to go out of fashion or show sensibilities changing. It was slavery and human rights for me in the Cat Royal books set in 1790s (under Julia Golding pen name); as Eve Edwards in Tudor times I've had a ponder about jousting, religion, women's education, racial prejudice and the sinfulness of the theatre to name but a few. We do write in our own historic moment but that can be shown surely without crudely making our characters into modern thinkers?

I did have a character who criticised slavery in Viking times in my novel Sigrun's Secret, but she had a very specific background otherwise it wouldn't have been realistic. Many of my characters accept the existence of servants and slaves without question - you are quite right not to create a consciousness about it that simply didn't exist then, I think. I shall look out for your book!
Marie-Louise Jensen

The only reason to think that Cleopatra Selene may have been concerned about the issue of slavery is that the temples of Isis spoke out against it. Slavery in Egypt during Selene's time was not nearly as prevalent or dangerous as it was in Rome. And there's also Professor Roller's claim that slavery dropped off sharply in Mauretania after the initial influx from Rome accompanying Selene & Juba there.

Those issues aside, chances are good that Selene accepted slavery as a normal part of life just as you've portrayed it. Your choice is not only a completely valid one but the more probable one. I fear you may be getting blow-back from those who read Michelle Moran's novel about Cleopatra's daughter.

Certainly, it's interesting to see how readers (and publishers) will react to ancient mores. My publisher didn't balk much about slavery, but was concerned regarding the issue of Ptolemaic brother-sister incest.

Thanks for being our guest, Vicky. I agree that it's hard to keep modern sensibilities out of historical fiction. But it must be done or the story won't ring true. I found it very hard when the lead character in my (next) book Road to London was thrashed savagely by his father and his teacher. I couldn't let him complain because that was the way life way then (1599). Boys expected to be beaten. As Stephanie said 'a normal part of life.'

I'm currently writing a novel about a young woman in ancient Sparta, and it's been a constant tension between portraying the mores of the day and not alienating potential readers.

I've hit all the biggies in Sparta 5th century BC -- the treatment of the helot slave/serf population, euthanasia of weak/malformed infants, the ritual flagellation of boys at the cult of Artemis Orthia, the ideal of a glorious death on the battlefield, and more. But I've tried to convey these from a personal level, which IMO is much more layered in gray than the societal/institutional stance. There's what "should be done" contrasted with what it actually may feel like to do it. And I've included the perspective of the die-hard, tow-the-line Spartan soldier regarding the helots, contrasted with that of a helot himself. Or of a young girl watching her brother endure the ritual flagellation, with that of her battle-hardened father who absolutely understands the need to separate the brave from the cowardly and the implications of having a coward fight at your side in battle. But yes, it's been quite difficult not to venture into modern sensibilities. Fortunately I have a wonderful and knowledgeable critique group who slaps my wrist when necessary.

Ack, of course I meant "toe the line". Sorry. Would love an edit function on these.

"Sparta - totalitarian or not?", by Prof Paul Cartledge

To come to the event

Please fill in the form below the line, detach it and send to:

"Sparta: Totalitarian or Not"

Please reserve me:
…….… places free for students and supervising teachers

Number for supper at the Santorini: …....., so we can let the proprietors, "Fred" and Maria, know in advance.


I'll send you an email acknowledgement