I didn't make a conscious decision to begin 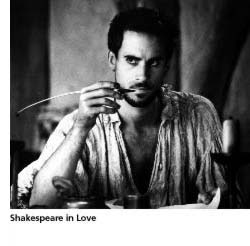 writing Historical Fiction, but once I'd written Witch Child and its sequel, Sorceress, then other ideas popped up for further books set in the past. Like all writers, I found my own way of working, ways of researching, my own answers to the problems with voice and language that writing in this particular genre throws up. I also made some rules for myself.

1. Not to write about real people (to easily held to account).
2. To avoid the 16th Century (too well trammelled).

Then I saw a production of Twelfth Night. The viewing was accidental. The kind of serendipity that often accompanies the best ideas. A group of students were handing out fliers in Stratford for an outdoor performance down by the river. It was a lovely summer's day, so we stopped to watch. All through the play, I couldn't stop thinking, one idea sparking another: What if Illyria was a real place? What could happen there? And what happened after the end of the play? It never struck me that they were all going to live happily ever after. Three of the main characters leave, not happy at all, and the couples seem at best uneasy with each other. How did Shakespeare come across the story in the first place? The received wisdom is that he got it from an Italian source Gl' Ingannati, The Deceived One, but what if it didn't happen like that. What if someone told him the story some time after the main events? By the end of the performance, I could see Feste, the Fool, and a girl. Not Viola, but it could be her daughter. Let's call her Violetta. They are in London performing in the street, when Shakespeare stops to watch...

It was such a strong idea, I could see it so vividly, I had to do it even though I would be writing about a) the 16th Century and b) William Shakespeare, one of the most famous people ever. My rules had to go, but it was still a daunting prospect. How would I dare to do it? I had to get past my fear and find a way into him. First of all, I had to re-cast him in my head. I discarded all the portraits (disputed anyway) and decided that he would look like Joseph Fiennes in Shakespeare in Love (see above) a little older, maybe thinning a bit on top.

I had to be able to approach him as a person, so I decided to make him plain Will from Warwickshire trying to establish himself in the cut-throat world of the Elizabethan Theatre as part-time playhouse manager, writer and sometime actor, before he was that famous. Once I got started, I found the research rather re-assuring. There are whole libraries full of opinion and speculation but there are very few verifiable, known facts about his life because he wasn't important enough to leave much of an impression on the historical record - apart from his plays, of course, and there are plenty who would deny that he even wrote those. 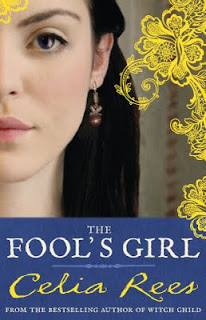 I was free to make him into my Shakespeare.

I followed the line of recent biographers, like James Shapiro in 1599; Peter Ackroyd, Shakespeare the Biography; Jonathan Bate, Soul of the Age; Germaine Greer, Shakespeare's Wife, and set him into his time, his context. Above all, I saw him as a writer. There might be a quantum difference in talent, but he was a writer just like me. The Elizabethan theatre was hungry for plays. He must always have been on the look out for a likely tale to turn into drama, so when he sees a Fool and his girl performing in the street, he thinks: Where are they from? What are they doing here? He knows there is a story there. He stops to watch, his curiosity aroused, but there is a trade off. They will tell him their story, part of which will become the play, Twelfth Night, but it is not a free exchange. They will want something in return...
Posted by Celia Rees at 06:00

Oooh! Never say never: that serendipity will get you every time. Great blog, Celia. I can't wait to read The Fool's Girl.

Ooh, Celia, I'm looking forward to talking about this at our event on Sunday at the Edinburgh book fest! Really interesting. Xx

I loved 'The Fool's Girl'; it's a wonderful book which weaves in all sorts of quiet references from the plays, too, which are fun to spot...

Fascinating. I love to hear about how books come about - and I very much enjoyed The Fool's Girl. It is a strange play - I certainly can't imagine Sir Andrew and Malvolio just going off and forgetting about it all and settling into a contented old age...

I loved Fool's Girl. By coincidence, I'm doing the final edits on my own Shakespeare novel Road to London which is out in April. I've so much enjoyed writing about this period and I think our library shelves must have a great deal in common. Very interesting blog, Celia. (Loved Witch Child, too.)

Serendipity can certainly lead you to some interesting places. I've always loved the strangeness of Twelfth Night and the sudden shifts in mood. I'm looking forward to my event with you, too, Nicola - finally got the highwayman books btw and look forward to reading your book, Barbara.

I adore 'Twelfth Night', I loved this post, and I've just this minute ordered 'The Fool's Girl'. TN is one of the most frustrating of the plays in that I've always wanted to know more about the world and these characters and it always ends too soon. Feste was an Armin role, I think, and worth 1,000 Kemps. Ooh, I really can't wait.
Thank you so much for posting this.

I am reading James Shapiro's Contested Will right now in Venice (wrong Shakespeare play for this post) and it is as gripping as 1599.

I also loved The lodger by Charles Nicholl.

I,too am a big Fool's Girl fan and lover of 12th Night which we did at school. Somehow all the Shakespeare plays I did there were enhanced and enriched by the teaching and not spoiled. And while we're on the subject of Shakespeare, there's a terrific novel, called (I THINK!) The Stratford Boys by the late wonderful Jan Mark all about Will and his doings. It's bound to be out of print, but may still be available on line and in some libraries. I heartily recommend that to anyone who loved Celia's book.

Yes, Stratford Boys by Jan Mark is excellent - full of wonderful detail and Jan's dry humour. And I forgot to mention Charles Nicholls' The Lodger, so am doing so now.

Now I know why I was so attracted to your Will, Celia... he was of course the delicious Joseph Fiennes rather than than stuffy 'Mona Lisa' looking man. And I can understand the slight frisson that existed between him and Violetta. I thought your Feste marvellously cranky and Violetta wonderfully strong... but then your heroines usually are! What a lovely way for it all to have come about... from an open-air production on the bank of a river.

Characters-even if they happen to be real historical figures will sneak themselves in even when uninvited, I find! Loved Fool's Girl. Will definitely seek out Stratford Boys-I love Jan Mark's books.
It is so difficult to do late 16th century without either Shakespeare or Elizabeth the 1st cropping up somewhere, even in the background, they both cast such a long shadow.
'The Lodger' by Charles Nicholls definitely gives you the impression that he was just a writer, not particularly famous and living quite simply.

I really loved "The Fool's Girl" - I've read a lot of YA Shakespeare novels and yours broke the mould in several interesting ways. It sounds so obvious, but your Shakespeare was a writer - so many books present him as an actor/manager but don't really explore his inner life as an artist. And many of them concentrate on London to the almost complete exclusion of Stratford, whereas you gave him important links with both places.

BTW, Stratford Boys is available from Amazon and, as always, the Shakespeare Bookshop in Stratford.