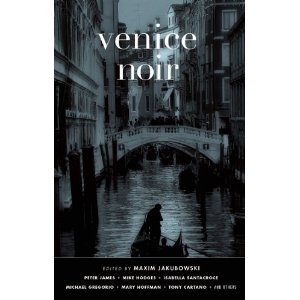 Someone asked me recently if I still feel so passionate about now that I live here.

My unthinking response: ‘Yes, I still love , but now I have plumbing.’

As fellow History Girl Penny Dolan has recently written, life with defective plumbing does not really constitute life. It is not only that body that perishes – but also the writing mind.

Our own palazzo restoration was afflicted with one of those gangsta-plumbas who reduce life to a wetly stinking misery. Indeed, some of the romance of did wash off in the gushing slews of dysfunctional soil, central-heating and water pipes. Over two years, I learned not only the sorry history of own home’s plumbing since 1355 but also how to plumb an entire apartment.

That was because  I, unlike our gangsta-plumba, learned from his mistakes.

In fact, a valvola di non-ritorno is simply a one-way valve. The kind that allows your washing machine to drain without filling your tumble drier with suds. And your w.c. to flush down the drain instead of onto your bathroom floor and your downstairs neighbours’ electrics. (Yes, that happened to us too. A curtain of waste fell right down the front of their fridge.)

My theory is that some writers have a valvola di non-ritorno too. In such cases, all the generosity streams one way. You find that out the hard way, usually, and then you avoid those writers as you would a stagnant drain in summer.

But fortunately, in my experience, nearly all writers are extremely generous to one another in spirit and in the flesh. Most of them operate busy two-way valves, with plenty of granting and returning of favours.You find a fast-flowing exchange of morale boosting, practical advice and technical detail in writers’ cooperatives like The History Girls or The Scattered Authors Society. With other History Girls and Sassies, I have conducted ‘boot camps’ where work is close-tooth-combed. With fellow writers, I have received and given hard-won advice, raised money for charity, shared vivacious panels. And now I am also sitting side by side in a new anthology with our own Mary Hoffman, whose generous valvola is a well known organ of the publishing world, though there are surely more elegant ways of explaining how brilliantly Mary, a.k.a. the Book Maven, helps so many other writers along their ways.

When we were both invited to submit short stories for an anthology called Venice Noir, the Book Maven and I agreed that neither of us find la Serenissima intrinsically noir. In fact, to these two History Girls, Venice may well be the least frightening city in the world, a sleek purring kitten of a city, one who wants to curl up and sleep on your lap rather than stab you in a narrow alley.

But noir we had to write, so noir we went to find. We both did research on site. We took a gondola trip in the dark, which completely failed to frighten us, especially with the delightful Giacomo as our gondolier. We sat up late at night on a little balcony leaning over the black water. The worst thing we saw was a seagull feeding frenzy, more grey than noir.

We found we needed to deploy our finely honed History Girl techniques to dredge up tales that worked with the antique architecture and ancient topography of the city, intertwined with the opportunities they offer human nature now as they did in ages past. We took characteristically different approaches, The Maven’s “A Closed Book” is a knotty, plotty, terrifying roller-coaster through a dysfunctional family’s vendettas, via the machinations of a publisher. A series of crimes reach a climax in and a gondolier ends up in peril. The Maven’s tale is so dry that it glitters and smokes.

Me, I went wet. I wrote about a plumber. A gangsta-plumba who meets the end he deserves. The story is called ‘Pantegana’, the Venetian dialect word for ‘rat’. Such is my narrator. Into my Venice Noir plumber, I’ve ploughed every plumbing insult visited on my home and my working week. My boiler has a walk-on part. My fissured water pipe is there. So is the doorbell that my plumber so often failed to ring when he’d promised to do so. And so is a hard, shiny piece of Giacomo’s gondola, but in this case it’s impaled somewhere painful.

My sister, who reads ‘Pantegana’ last week, has warned me, ‘If there’s a single literate plumber in , you’ll never get plumbing done again.’

Was that risk worth the exquisite relief of the rant in my story, the chance to open my own valves and let it all gush out? Yes, it was. And it was grand fun to share a brief with an admired friend and colleague too.

Put two History Girls in a gondola, and it’s surprising what comes out.

Gorgeous post, Michelle! I wish I'd seen you and Mary together in the gondola, but at least I can look forward to reading the stories.

And one thing you forgot to mention in your discussion of two-way valve writers. I know an exceptionally generous one who helped me out in my unpublished days and gave me the advice and encouragement that set me firmly on the road to Penguin. She was in that gondola too, and it's her name at the top of your post.

Thanks, Michelle. Just - thanks.

Funny how people see the same thing differently. I went to Venice once, and found it scary: silent, narrow streets untouched by sunshine, odd echoes and muggy, unmoving air.

Heartfelt thanks from me too, Michelle, for all the encouragement & support you've given me over this wonderful first year of the History Girls. And thank you for this post - the curtain of waste flowing down the front of your neighbour's fridge is an image that will stick in the mind... I'm just so sorry you had to deal with the reality!

Wonderful post! Made me laugh and nod my head (about the generous writers - every word of that is true!)

I love this post! Even though it doesn't spare my blushes.

And I love that @Plumbers_News is now following the HGs (@history_girls) on Twitter.