Tolstoy, Dickens and Woolf go to the Pictures 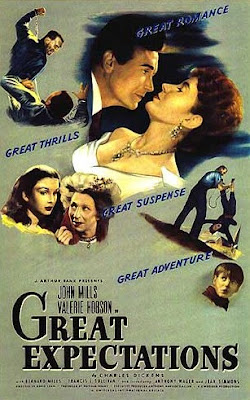 Leslie Wilson’s post on War and Peace last month set me thinking about adaptations and the historical connections between film and the novel.  I think several contributors to this blog write or have written in different media, and I wonder if they, like me, have gained insights about one medium through working in another.  I’ve heard Helen Dunmore talk about how poetry has helped her pace her novels and the poet Kate Clanchy has spoken of her short stories benefiting from the dialogue skills she gained in writing radio drama.  As for me, I have attended many scriptwriting courses, but have often found what I learned relevant and highly valuable in relation to novel-writing.   As a consequence, I am very drawn to the relationship between film and the novel.
Of course, the history of film has been linked to the novel from the start, even though, as renowned ‘script doctor’ Linda Seger points out, literature tends to resist film during the adaptation process.  Likewise, George Bluestone (I love his name) – an early writer on adaptation – talked about “the fitful relationship” between the word and the image, and memorably declared the film and the novel to be “overtly compatible” but “secretly hostile.” 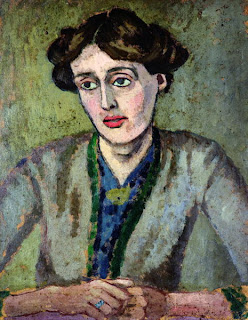 Writing novels, clearly, is a one-person cottage industry, whereas  film is collaborative and produced on an industrial scale.  Even in the 1930s Erwin Panovsky was likening the process of making a film to that of building a medieval cathedral.  But what links them is stories.  Once the film-going public got used to seeing moving pictures (early audiences were perfectly happy to watch depictions of galloping horses or railway engines or simple street scenes), and once film’s potential as a story-telling vehicle became evident, the search for narratives began in earnest.
And where did they look for their stories?  To the novel, of course.  Virginia Woolf was a regular cinema-goer, and was scathing about the manner in which cinema had appropriated narratives from, predominantly, the nineteenth-century novel.  She wrote (Woolf did scathing terribly well): “The cinema fell upon is prey with immense rapacity and to this moment largely subsists upon the body of its unfortunate victim.”
Unsurprisingly, the work of Dickens, in particular, was seized upon as suitable material: around one hundred different adaptations of his novels were produced in the era of silent film.   And not only did Dickens’s stories inspire the early filmmakers, his writerly techniques, too, were influential.  As any film students will tell you, Sergei Eisenstein, in a seminal essay, “Dickens, Griffith, and the Film Today,” describes how Dickens’s prose fiction was the inspiration behind early director D. W. Griffith’s attempts to create the basics of a film grammar:  parallel montage,  the close-up, the dissolve, the panning shot, and so on.

Virginia Woolf remained distinctly underwhelmed by the early language of film and compared it to the subtle poetic imagery at the novelist’s disposal. In film, she complained, “A smashed chair is jealousy.  A grin is happiness.  Death is a hearse.’  Other aspects of cinema, though, clearly attracted her.  “The most fantastic contrasts,” she wrote, “could be flashed before us with a speed which the writer can only toil after in vain.”   And, after labouring all week on writing an action scene that would take fifteen seconds to watch on film and (dare I say it?) would probably be more effective in that medium (though obviously the novel trumps film in many other respects), I have to agree. I’ve also seen it argued, at least, that Woolf’s own experimental writing might have been influenced by cinema – montage and the shifting of camera angles and distances.
Coming back to Leslie’s post on War and Peace, I was fascinated to come across Leo Tolstoy’s 1908 take on cinema.  He is impressively positive and forward-looking about the birth of a rival art form:
“[…] it is much better than the heavy, long-drawn-out kind of writing to which we are accustomed.  It is closer to life.  In life, too, changes and transitions flash by before our eyes, and emotions of the soul are like a hurricane.  The cinema has divined the mystery of motion.  And that is its greatness.”
Some great novelists have turned to the cinema to make a living in at various points: F. Scott Fitzgerald, for example, did a stint Hollywood, though not very successfully; William Faulkner fared better and worked with Howard Hawks on The Big Sleep and To Have and Have Not.  Graham Greene famously wrote the screenplay for the The Third Man.  Nowadays, with cinema an established, if not dominant, art form, few novelists would be trusted to put their inky fingers on a screenplay, and it is most likely to be through buying the film rights that the film industry pays for the novelist’s bacon (if she’s lucky!). Although there are exceptions:  Deborah Moggach springs to mind, and William Boyd.  But I should have loved to have seen what innovative thing Virginia Woolf might have come with up for the big screen.  Art house cinema without a doubt.   And as for Leo Tolstoy – what might the author of War and Peace have done with a long-running political drama for television?  Such a shame you can’t commission dead writers.  Now there’s an idea for a movie...
Posted by Linda B-A at 07:03

Fascinating! I love the idea that making a film is like building a medieval cathedral. I'm in awe of anyone who can conjure a script - it seems to me like writing in four dimensions at once. (And Ruskin would approve of the analogy and the process - each individual person making a creative contribution, even if it is just a particularly beautiful acanthus leaf or a moment of light falling on someone's face.)

There is some amazing writing going on just for the screen at the moment. I've just finished watching an American series called Friday Night Lights, which is about football - and not about football at all. It is about being an American in the early 21st century. I found it moving because it nailed its colours to the mast without irony.

Oh Michelle! So pleased you're a FNL fan. We adore it...still have two and a half series to watch and I will MISS it like mad. I am in love with Tim Riggins!

But this is a marvellous post, Linda. So interesting and like Michelle I can't imagine how to write a script though I've done a couple of plays. I live in hope of someone else one day wanting to adapt something of mine...

Brilliant - with recommendations like these, sounds like I don't have to worry about what to watch next! I've not come across FNL before, so thank you.
As for scriptwriting v novel-writing, I think both are just as easy and as just as hard in different ways. But the downside (and it's a big downside) is that the script is a blueprint and not the finished thing - but exciting all the same and I'd love to do more if I could. Lovely comment about Ruskin, Michelle, there is something fine about a collaborative creative process. Adele - actually I think stage plays are the hardest of all... Many thanks, both, for your comments.

Yes, imagine THE WAVES written and directed by Virginia Woolf, it would be phenomenal. (And surely only she could do it?)

Sally Potter's film adaptation of Orlando was superb though, wasn't it - translating all those shifting layers into the visual. I suppose Orlando is more event/ narrative driven, so maybe translates more readily. The challenge would be to capture the subtlety and nuance of Woolf's psychological strands as images. I'd love to see Jane Campion doing To the Lighthouse... but I digress.

Many thanks for your comment, Jane. I adored Sally Potter's Orlando and, yes, Jane Campion's take on To the Lighthouse could be phenomenal!

Late to the party, but had to say what a brilliant post this is! I've worked in both media, but you've helped me see both in a new light.

It's fascinating how many classic writers use techniques I'd think of as cinematic - Thomas Hardy is another. Think of that 'wide shot' at the start of 'Far From the Madding Crowd', then the wink of light as Bathsheba uses her mirror...

Zooming in and out too - and in interestingly similar ways. There's a paragraph in 'Vanity Fair' where Thackeray lists all the global calamities of the year of Waterloo, then finishes with the bathos of 'and old Joseph Sedley was ruined' - reducing his character's tragedy to one more statistic. Thackeray does it by zooming IN, but the same effect is in 'Gone With The Wind' where the director zooms OUT from Scarlett frantically looking for the doctor and shows her as one tiny ant in the middle of a vast and human tragedy.