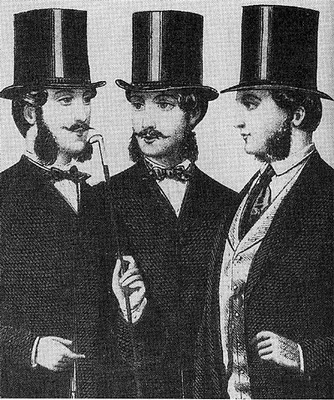 Today, if you wander down Oxford Street you might chance to view a building that still bears the name of Henry Heath's Hat Manufacturers. 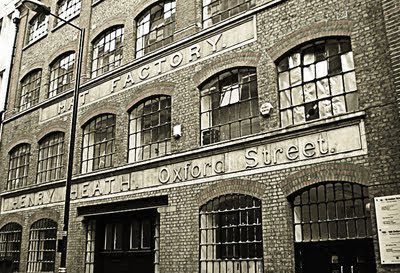 Founded in the reign of King George 1V, during the nineteenth century Heath's provided gentlemen's headwear of 'the most brilliant silk plush' which 'retains its glossy brilliance in wear.' 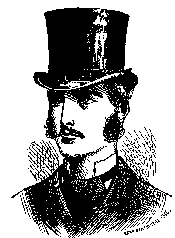 WHY WEAR AN ILL-FITTING HAT?


A subsequent visit to Henry Heath's would subject individual craniums to a personal and 'successful system of Head Measurement that ensures the luxury of a well-fitting Hat adapted to the form of the wearer's head.'

The Heath Hat Factory employed upwards of seventy people and refused to supply its goods to 'any Co-operative stores'. The hats were purchased direct, with cash, and customers could always rely on 'receiving business-like attention' and, for an extra shilling, once that perfect hat was firmly in hand (or upon head), the proud and well-fitted owner could take home THE NARROW HAT BRUSH which had hard bristles at the one end and was perfect for keeping the brim of the hat 'free from dust and spots. By post one stamp extra'. 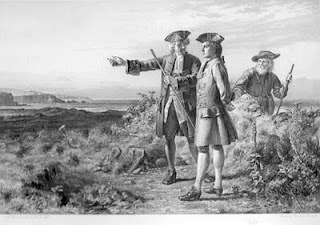 In the Victorian era, most gentlemen wore a hat, whether for occupational use or as a fashion accessory. Top hats, which went by several names - including Toppers, Chimney Pots, and Stove Pipes - first became popular when they replaced the Tricorne, most fashionable at the end of the eighteenth century.

However, in 1797 when a certain Mr Hetherington strode through the streets of London wearing a top hat on his head he was said to have gathered such a crowd that scenes of chaos went on to occur, with that gentleman duly arrested and accused of disturbing the public order, and the police officer who dealt with the problem going on to testify in court that:-

'Hetherington had such a tall and shiny construction on his head that it must have terrified nervous people. The sight of this construction was so overstated that various women fainted, children began to cry and dogs started to bark. One child broke his arm among all the jostling.'

In reply The Times was to write:-

'Hetherington's hat points to a significant advance in the transformation of dress. Sooner or later, everyone will accept this headwear. We believe that both the court and the police made a mistake here.' 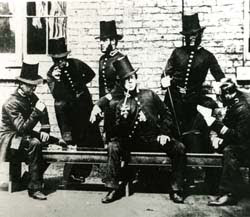 
Indeed they had. The top hat could not be put back in its box. Initially made of felted beaver or rabbit fur it was set to become quite 'the thing' and, somewhat ironically, was to be later adopted as part of the uniforms worn by the police.

For a brief period during the 1820's and 30's a version with concave sides was produced - and this was called the Wellington. But straight sides were to win out and as the century progressed the crowns became higher, the brims narrower,  the Stovepipe being popular with the American president, Abraham Lincoln, who was said to have stored his letters inside. 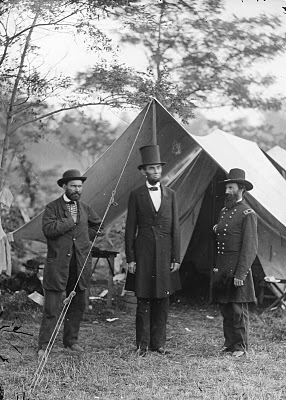 Back in England, Prince Albert also liked the style -  his fine silk plush being made from cheesecloth, linen, flannel and shellac, onto which was attached the silk weave with a long defined nap, and the brim of the hat would have a ribbed band of varying proportions. 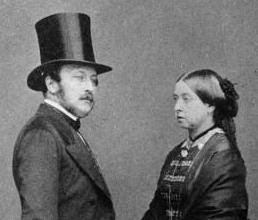 Albert and Victoria - is she convinced by that hat?

A folding version was produced for visitors to the opera - with internal springs that allowed the item to be compressed and stored away unobtrusively under the theatre seat. 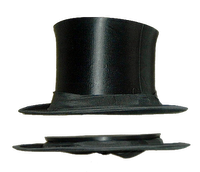 But, even with such natty innovations in mind, as time passed by the common man began to wear the more practical, smaller Bowler hat. The Topper became more widely connected with the aristocracy, bankers and politicians, and those who attended public schools such as Eton - though in reality top hats have not been worn at that establishment since the 1940's. 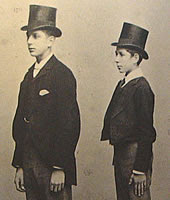 
Essie Fox is the author of The Somnambulist, a Victorian gothic mystery. www.essiefox.com

The police officer's testimony is one of my favourite paragraphs ever. I think I remember Stephen Fry reading it out on an episode of QI.

Very interesting blog I find the history of hats or bonnets fascinating.

Thank you very much - it was fun...and yet, as always with these things, I know I've only skimmed the surface!

I must try to find that link to QI Richie - I would LOVE to hear Stephen Fry reading that out. It is very funny.

Wonderful piece - and I loved the pictures!

Fabulous! Love it!! My characters are sadly outmoded - still in tricorne era.

But what a wonderful era that is, Marie-Louise,