One of the many things I love about this blog is the opportunity to offer up bits of research that haven’t made it in to my novels or have done so in such a heavily fictionalised form their origins are lost. The robbery yesterday of £30 million in diamonds reminded me of two stories of 19th century jewel heists I read during my research for The Paris Winter (available for pre-order now, since you ask).
The first I like because of its elaborate set-up and was reported in the Bradford Observer April 29 1875. A couple, claiming to be English and accompanied by a servant, took a very nice apartment in Avenue d’Eylan for two months and paid in advance. They made themselves conspicuous by their lavish spending, particularly at the jewellers where they managed to spend six thousand francs in a week. The apartment was six hundred and fifty a month by comparison. They paid in cash and were, unsurprisingly, well liked. At some point the husband began negotiations to buy a set of diamonds for his wife costing 112 thousand francs. He and the jeweller agreed on the bargain price of 106 thousand and the jeweller was then invited to bring the diamonds up to the apartment and receive payment. Up he went into the fashionable sitting room and was invited to wait while the husband took the diamonds into the bedroom to show his wife. She was unwell, you see. 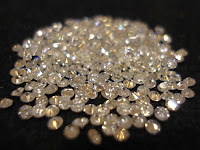 The jeweller saw signs of the wife’s presence in the apartment; her sewing box, her shawl, and there was also the comforting sight of bundles of bank notes on the side-table ready to pay him. He made himself comfortable and began to read the paper. It took him some three-quarters of an hour before he became suspicious. He found that he had been locked into the room and the bundles of bank notes were in fact ‘prospectuses’. He tried to ring the bell (this is my favourite bit) but the bell pull came away in his hand. It was another three-quarters of an hour before he could get any help as the concierge had been sent away on a complicated errand by the ‘servant’ of his customers. By the time anyone could work out what had happened the thieves had a two hour head start which was, apparently, all that they needed. They had left no clues, even removing any maker’s mark from a hat left in a cupboard, though they did leave a set of false whiskers behind them. 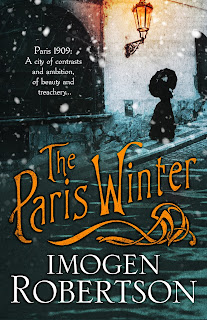 The second case involved some of the French Crown Jewels, most of which were sold off by the state in 1887. M. Lepée in Rue de Madeleine bought some of them which he displayed in the window of his shop. One morning the following year the managers niece came to open the shop and found the ten thousand pounds worth of diamonds were missing and the shop was full of the robbers tools, including a crowbar and a dark lantern. The shop would have lost a lot more, the thieves were obviously planning to open the safe, but it seems they were alarmed by some noise and fled. Not before they had paused for a snack though. It seems from the report they paused mid-robbery to have some ham. This proved to be a bad idea not just because they didn’t have time to open the safe, but because the police saw the name of the butcher on the meat wrapping and went to ask him if he’d sold ham to anyone suspicious recently. He had and was able to give a description of two men with foreign accents, a description that matched the one the concierge gave of two men who had been enquiring about the empty flat above the shop.
I didn’t find any room in the novel for ham loving criminals or doctored bell-pulls, though there are diamonds, betrayal and cruelty enough. I did find myself thinking though as I read these stories, why are we often so fond of jewel thieves from Raffles to Ocean’s 11? Is there something about people wearing jewels that cost more than most houses that means when they are stolen our moral sense is less offended than by other crimes, other robberies? Not that there is anything noble, roguish or charming about the diamond thieves in my book, but it is a trope, isn’t it? I’d be interested to know what you think.

Great post. Some things never change. Many a criminal has been caught because they couldn't resist a crime scene snack. We once got a full DNA profile off a half eaten wotsit!

I think it's less that the jewel thieves are charming in themselves than that they come up with some amazing ideas. My own favourite story is of a con artist called Murray Beresford Roberts. He travelled to India, where he claimed to be a visiting British aristocrat who'd been in the papers. He ordered a diamond tiara as a gift for a nonexistent wife. He got the jeweller to leave it with him and skipped the country, first breaking up the tiara and swallowing the jewels. When he reached England, he passed them through his faeces, cleaned them up and sold them. Urk!

Urk indeed, Sue! great post, Imogen, and I've pre-ordered your book, which - by the way - has the most bee-ootiful cover!

Love the wosit! Going to use that as one of my miracles of modern policing stories from now on. Sue, I think that's very true. It's the pleasure of the clever heist, isn't it? Not sure they'll use your guy's method in the next Oceans film though... Thank you, Harriet and Katherine! KAtherine, really hope you like the book and many thanks for the pre-order

Love the cover too, Imogen, and the post. I think you may be right about the moral issue re theft - jewel jealousy?

And what is the difference between a ROBBERY and a HEIST?? Love this post and yes, you do feel as though anyone who wants to drape themselves in such diamonds kind of deserves some kind of...I am not sure what! It's like I find it hard to sympathize with the owners of watches worth £10,000 or more when those are nicked...though of course the theft is still reprehensible!

buy wow gold in the World of Warcraft may lead you getting into a scrape. What are these risks? Let’s go and have a look. Blizzard does not like something in their game. One of the main things they dislike and is highlighted in numerous places throughout their Terms of Service is the real world buying of gold from offline vendors. So, the reserve the right and often use it to delete the account wow gold sell who using it to buying wow gold. May be you have spend a lot of time building up your account. Once your account have been deleted both time and money are not valuable. And you are losing a lot of your game life. If you want to continue playing the World of Warcraft game, you should have to buy a new account. Not only that, but you're giving your credit card number away to an unknown entity wow items who will supposedly deliver gold to you in game.