THE (HISTORY) GIRLS' OWN PAPER by Leslie Wilson

I was given a copy of the 1899-1890 Girls' Own Annual when I was a teenager, by an old family friend; I don't know where she got it from: maybe it came from her mother, but she is dead now and I cannot ask her. It's a shame that we often don't ask people things until it is too late. It wasn't the kind of 'Christmas Special' that annuals were in my childhood, just the bound-up numbers of that year. I read them with great interest; the serials - 'Work, Wait, Win'; 'Kathleen's 'Handful,'' Elsie's Victory,' and the truly revolting 'Story of a Summer,' whose heroine, Winifred, gave up the man she loved and who loved her, so that her cousin could have him.

A high-risk strategy, if you ask me, but in the story the man obligingly did fall in love with the beautiful but emotionally-constipated Eva (Eva loved him, and Winifred 'knew' that Eva would only love once. Odd, that Victorian superstition. ) Winifred ended up devoting herself to her mother, a tyrannical invalid, and became the Angel in the House, though at the time I didn't know about that image. In the other stories, the heroines, especially Kathleen, were luckily less door-mattish, or I might have ended up binning the volume, and that would have been a pity.I read the advice from 'Medicus' - largely common-sensical - the historical articles, which amused me because I had travelled into history to look back at history. I made some of the 'home-made sweetmeats' toffee, and cocoa-nut tablet. They were good.

The book sat neglected, through my adult life after that - till I began to write about Victorian times, and then I remembered it, feared I had got rid of it, and whooped with pleasure when I found it. It is a mine of things that authors want to ask. I set my novel The Mountain of Immoderate Desires in 1899, just because I had such a wealth of material to hand in that volume. And I made Lily, the heroine of The Mountain, possess some copies of the paper, and use its words - usually in ways that would have horrified the virtuous Christian publisher - for guidance.
How useful I found: 'Dress: In Season and In Reason,' by the 'Lady Dressmaker', when I wanted to envisage the fashions of that era.
There was a wonderful series of articles called: 'On the Purchase of Outfits for India and the Colonies.' From it I learned that each passenger on the P&O steamers (such as went to Hong Kong) was allowed a whacking 336lbs of luggage and that travellers to the East needed 'the tin boxes with plain pine covers, which are made for the purpose, for, owing to the climate and the insects, everything must be kept in tin, or else it will be spoilt.' Having lived in Hong Kong, I was familiar with the mould-inducing damp and the depredations of cockroaches that made this precaution necessary; and we too kept food in insect-proof containers and tins, if they weren't in the fridge. I also learned that woollen underwear was considered best for really hot climates, something I thought hilarious, till someone told me that really fine wool is excellent for wicking perspiration away from the skin. That was, of course, after I had made fun of my hero Samuel's woollen underwear in the novel, and it had been published. Oh, well..

Later, I found another volume in a second-hand bookshop, for 1899, and I bought that, just for interest. However, I do recommend the GOP for anyone wanting advice on the small domestic details of Victorian life. It was from the 'Answers to Correspondants' column that I discovered that ladies in 1889 were already learning how to operate a type-writer. The 'Girls' Own' title is misleading; the paper was intended not only for teenage girls but for young women setting up as housekeepers and others who wanted to train for a career. So it is a mine of information if you want to find out about Victorian women's work. I'm sure copies can be located nowadays on the web. 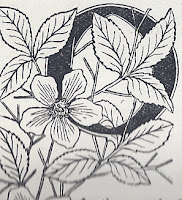 The 1899 volume has a set of chatty articles called: 'Three Girl-Chums, and their life in London rooms.' 'Ada is a type-writer in a very good office in the City. She has got on so well that she is earning £100 a year. Jane is a cookery teacher in a distant parish,' and Ada's sister. Marion Thomas lives with them and does the house-keeping for them, but she is working up 'a connection of music pupils.' What may be particularly useful to writers - perhaps to me, some day, is the detailing of the money they spent on their household items - two small enamel saucepans at eightpence-halfpenny and sixpence-halfpenny, a rolling pin at a shilling, weights and scales at fourteen shillings and sixpence - that's an expensive item, but we have upstairs a set of weights and scales perhaps of similar vintage, which my mother-in-law used till her death.

These kinds of minute details might be useful if you wanted to have your characters take a trip to Paris at the period. You could go for six pounds, if you were careful, and the article shows you exactly how. As well as the Louvre, Notre Dame, Chateau de Vincennes, etc, on the list of must-sees is the Morgue, where unidentified corpses were exhibited - supposedly for relatives to find missing loved ones, but in practice it became a ghoulish reality-show. Clearly 'our girls' had strong stomachs.

There's also a series called 'In Mine House,' by Lina Orman Cooper (author of 'The King's Daughter, etc.' Not 'authoress', I noticed with satisfaction.) Miss or Mrs Cooper can tell you just how jam was made in the nineteenth century and of her 'old lady's' (her mother's?) preference for not covering her jam-pots. 'If well boiled and made of fresh sound fruit, it should jell enough to keep without excluding air. A sheet of newspaper laid over the rows of pots' is all that is needed. But your jam-cupboard must be well ventilated. Lina knows how to do DIY, too. 'How well it is when the mistress of a house can wield hammer and gimlet and screwdriver' she tells us, thus driving another nail into the coffin of preconceptions about Victorian womanhood. You may find out, too, what was recommended for the Victorian medicine cupboard: 'some sweet nitre for feverishness, and some pilules of aconite; spirits of camphor for a cold, and a screw of lump sugar;' and many more.

Then there are the above-mentioned 'Answers to Correspondants.' The GOP's answerers supplied quotations the 'girls' wanted, told them how to deal with illness in their children, or 'a wild, unmanageable, girl' (send the clergyman to admonish her first, if all else fails, send her to a Home); opined on their handwriting (often severely), or the poetic offerings they sent up 'quite the usual thing we receive,' one poor girl was brutally told, 'not at all worth printing.' The GOP was often rude or at least forthright. 'The lady always speaks first, not the gentleman, so you were in the wrong, of course'. There is advice about how to train as a nurse, and as a teacher of the deaf; information about a Pension for Protestants on the Normandy coast (why did Protestants need a special Pension of their own? Maybe so that they wouldn't meet Marcel Proust),encouragement for a correspondant wrestling with 'bad tempers and evil thoughts', and a 'regret that we cannot recommend any depilatory.' Just as well; depilatories of the time probably removed your skin into the bargain. There is also advice on how to make a wrist support (perhaps as a result of too many hours at the type-writer?)
My favourite Answer to a Correspondant, however, is the one written to the enterprising young E.M.R.C.  'You ought to be ashamed of yourself. To receive clandestine love-letters, when you owe filial confidence to your mother and submission to her will and judgement, is most ungrateful as well as undutiful. But to take in letters of two men continually, through the blinds of your bedroom window, encouraging them both at the same time, is simply disgusting! 'How shall I squash them?' is a heartless question after so much encouragement. It would be well if your mother were informed of your unseemly conduct and would effectually 'squash' you.'
So who said teenagerdom was a post-war phenomenon?

Aconite in the medicine cabinet? Yikes!

Sounds like a treasure trove for the historical novelist! Once I was given for my school library a couple of 1926 newspapers someone had found under her carpet. I couldn't look after them, so regretfully passed them on, to someone who could - a writer of historical crime fiction set in the 1920s, in fact, so they didn't go to waste. I do love using microfilmed newspapers for my research, at the State Library. There are prices, ads, what was on at the movies and on TV(I was researching the 1960s in Melbourne), letters to the editor, human interest stories... Your Girls Own sounds even more useful, though.

And calomel, too, which is chloride of mercury. However, we also get cosy with dangerous substances - like oil of evening primrose, which is on sale for menstrual and menopausal problems, though studies have shown it is a carcinogen. I imagine people in the future will look back at our pharmacopeia and say Yikes!

That was some luggage allowance! Thanks for these great tidbits!

Absolutely brilliant to have these! Very envious.

I too am just SO jealous! Would love to own these magazines.

'The Mountain of Immoderate Desires' - such a great novel title...

It was very very difficult to get - the publisher loved the book but hated all my suggestions for a title. Then a sinologist, who had helped me with all the Chinese beliefs, and the exorcism in it, suggested that I should call it something like: 'Climbing the Peak' - as a metaphor for the Act of Love and social climbing, and I thought about Hong Kong, and the themes of the novel, and The Moutain of Immoderate Desires came to me in a flash.

I love the sound of these papers!

It reminds me a little of a wonderful book of household and etiquette advice which my friend owns, and we we ended up dipping into after an excellent meal - we couldn't find a publication date but think it was probably published immediately after WWI, so not as old as your magazines, but still fascinating.

It had marvellous advice about which items a lady could properly knit as gifts for a gentleman. (Apparently you start with a scarf and progress inwards as the relationship developed. You shouldn't knit his underwear or swimming costume unless you were married..)
And the virtues of asbestos clothing for small children, for protection if they fell onto the fire.