The Joys of Time Travel by Eve Edwards 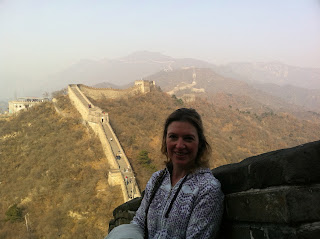 I have a question for you.  If I had a time machine at my disposal, where would you like me to take you?  Ancient Rome? The Boston Tea Party? The Court of Ming Chengzu?  Fully inoculated against the diseases swishing about the world at the time and with your dentistry up to date, you could have a very interesting time if you were brave enough to come with me.  But just like major airlines, I have to say please just don't travel with me in the late stage of pregnancy as I'm not sure I'd want to expose you to the child birth odds of the past.

A fun thought experiment, but I would guess that most - if not all - of us novelists on this blog feel as if we get in our tardis each day as we sit down to write. It is probably the simplest explanation of why we write in this genre: we are curious folk - in both senses of that phrase!  Part of understanding ourselves and our present moment is to grasp where we have come from and books are arguably one of the best means of doing so.  Films may do a good job of recreating the exterior world of the protagonists but books give you that direct living-behind-the-eyes of the character.

Dipping in to another genre - fantasy - and you can find the same time travelling impulse beats strongly.  Thinking about this theme for this blog entry, I came across an excellent article on Wiki about the history of time travel in literature which takes it back far earlier than I expected.  It also mentions some of my favourites - A Christmas Carol, The Connecticut Yankee in King Arthur's Court, and of course The Time Machine.  I suppose what these books have in common is that the past acts as a light shining on our present, equally revealing about the person that travels as about the place to which they go.

As some of you know, when writing for younger readers I don my Julia Golding hat.  In April I am beginning a trilogy called Young Knights.  It draws on three folklore traditions: Arthurian legend, the Thomas the Rhymer missing-in-fairyland-for-a-hundred-years story, and changelings.  Putting these together I asked myself what happened to the human children swapped for fey changelings in the old tales?  If they were taken to fairyland where one year is worth a hundred here, they wouldn't be that old, would they?  My main character is an Anglo-Saxon boy taken in the 700s so now thirteen.  When sent back by the Fey to the present day, Elfric (Rick) time travels to his future.  What would a Saxon make of modern schools, roads, buses, cook books, litter bins, coke cans?  Our world becomes frightening and not a bit ridiculous when seen through his eyes.  As you'll see in the trailer below, the biggest challenge is not his mission, but passing himself off as an ordinary teenager.

What did I learn putting myself in the shoes of an Anglo-Saxon boy?  Some of the headlines were our amazing longevity, the fact that doctors can actually cure illnesses, the speed of travel, the breadth of knowledge about the rest of the world that ordinary people now have. Then there were the silly things: that fashion is always incomprehensible outside the bubble of the fashionistas, that we eat weird combinations of things, humans don't change too much in their reactions to the odd or the alien, that letting someone into your house to read a meter is downright bizarre and that school dinner ladies are very scary (but I might be projecting here memories of my 1970s primary school).  There were lots more intriguing things about our world to rediscover and I found it a creative and fun thought experiment.

If you have a reader in the house of about ten and upwards who likes action packed fantasy with a sprinkling of historical details, then maybe they'd like this series.  But warning: contains dragons...

To find out more about Young Knights, please follow this link to my website.
Posted by Julia at 06:00

Sounds like good fun! I hope you've given your Saxon boy the Doctor's ability to communicate, because Old English wouldn't make much sense in our world. Actually, even if he could speak our language, there would be a lot of underlying assumptions in his age as there are in ours. Sounds like you're going to be busy! ;-)

My own favourite( children's )time travel novel - though I loved all the ones you mention - is Susan Cooper's King Of Sadws, in which a modern boy actor Indus himself in Shakespeare's England, as an apprentice in Shakespeare's company. This is so that the boy he's replacing can be treated in a modern hospital for reasons I won't mention in case you haven't read it and want to. In some ways it IS a changeling story.

Thanks for posting, Eve/Julia - and for the link to the Wikipedia article which was interesting too!

What a brilliant premise for a story - I am so jealous that I didn't think of it first! Will be looking out for this as soon as it's published.

I have always loved Alison Uttley's A Traveller in Time, but there's a modern book for adults called Nina in Utopia, by Miranda Miller that brilliantly sends a lady from the 19th century forward to our own times. I think I shall look out for your book for this year's present to my bookworm great-nephew, though.. Thanks for this. I have always thought time travel through the medium of a book the best way to do it, though, less likely to be bitten by fleas, for one thing, not to mention the other hazards you've mentioned.