They have a strange and difficult allure, old photographs, don't they.  A power.  A poignancy.  As a writer, you want to write - to tell the story - but at the same time you can feel you're being allowed to be part of something that is complete without language.  Already perfect.

I stumbled across Alfred Stieglitz's work only recently, and I am smitten.  I am also afraid to find out too much about him, in case he turns out to be a creep.  A supremely talented creep with the eye of an angel.  That sort of thing.  Where ignorance is bliss, 'tis folly to be wise - It's not exactly a professional attitude, but in this case, let's just let the images speak for themselves.  Three from the 1890s - 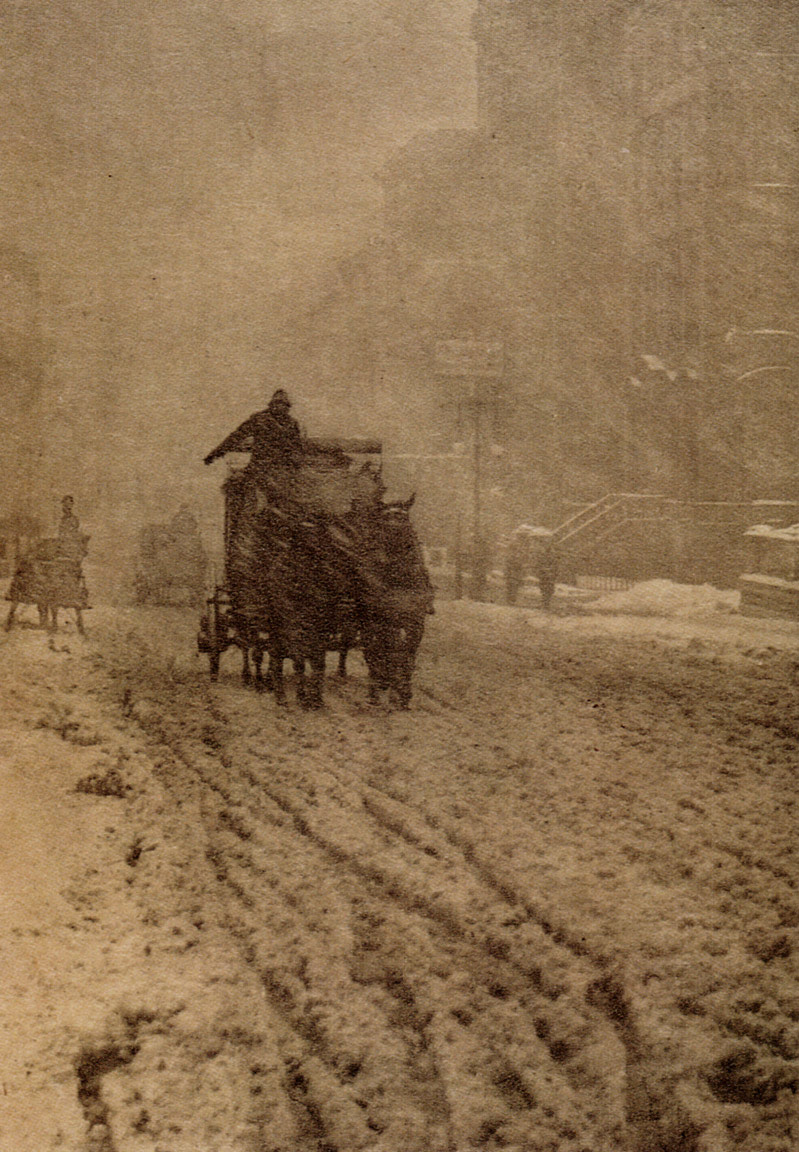 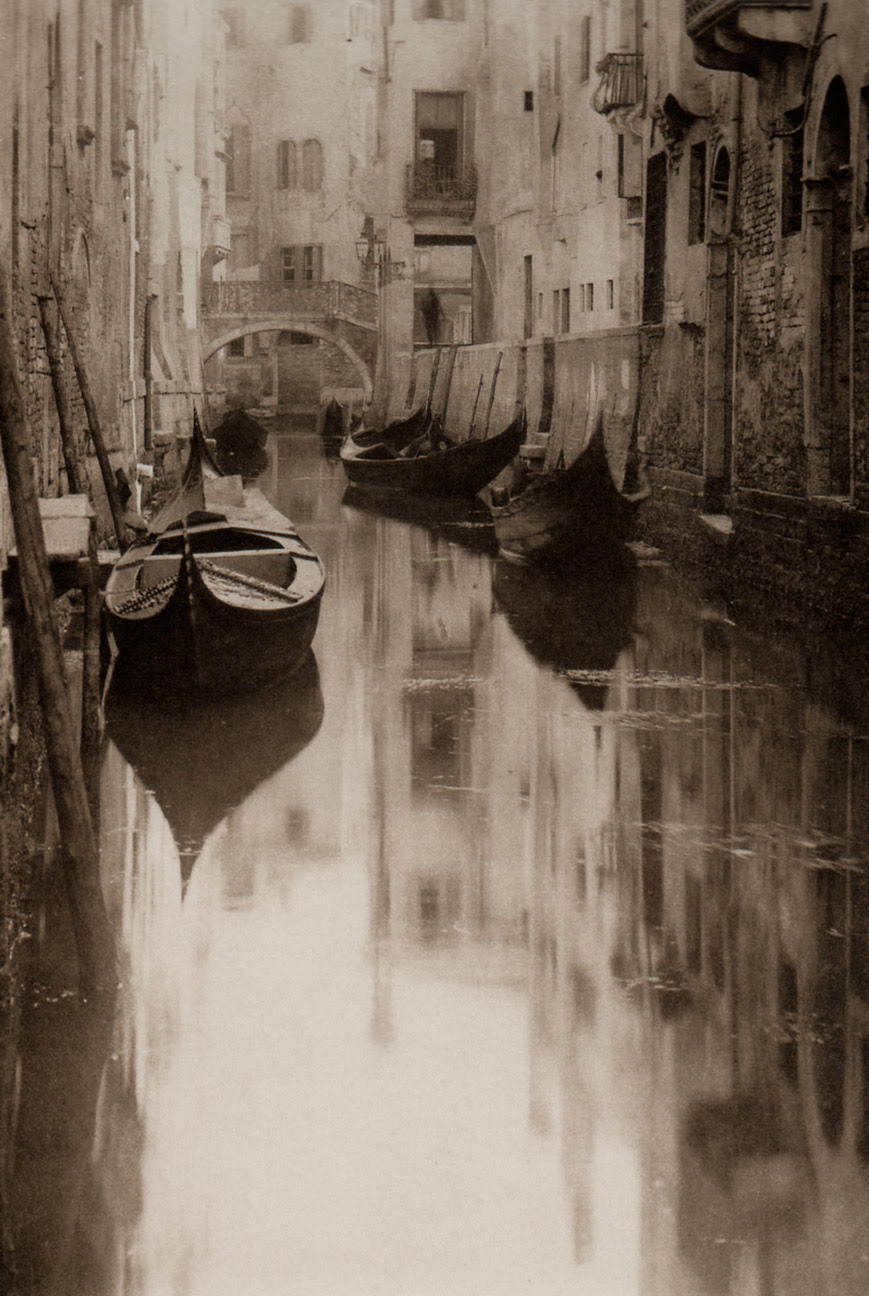 
And, as a postscript, one more Alfred Stieglitz photograph from the next century - 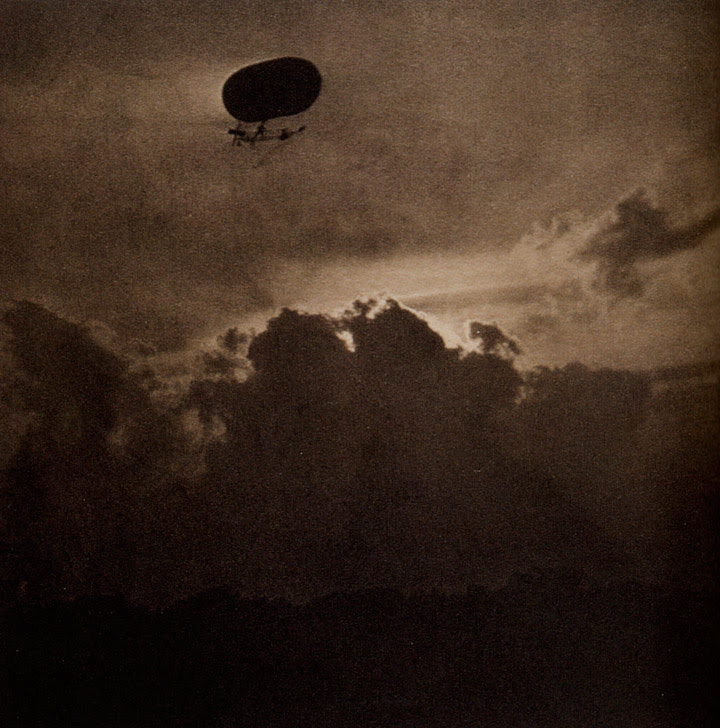 
The man makes me go weak at the knees.

(Click on the images to see them bigger - it only gets better!)

Beautiful photographs, Joan. I use period photographs obsessively for details of costume and atmosphere (and ballet for body language and gesture). I also use photographs from flea markets for faces of characters. These photos you have chosen are short stories in themselves. And no, I won't tell you anything about Stieglit ...just enjoy!

Oh dear, sounds ominous. Still I knew there was never going to be a future between us, him being dead and all. I will follow your advice.

I particularly like the one of Venice, with the reflections and all. Lovely.

I clicked on them, and I see what you mean. What atmosphere! And when you think how hard it was to take a photo of that quality in those days...

Like many artists he was pretty obsessive and that doesn't normally bode well.

If you enjoy historic photography you might like Jeff Curto's podcast "History of Photography" I listened to it a few years ago. His website is here:

He re posts the podcast each year. I listened some time back in 2009 or 10 - I don't remember him talking much about the artists personal lives so you should be safe. I checked Stieglitz is in episode 9 this year.

Thanks Sue and Sue, and Gavin - I'll definitely have a look at that podcast - cheers!

Fabulous photos! As for the artist himself- the words "love rat" come to mind :)

I loved the 'Winter' one, which really did seem like a peek into a different age. I have seen some wonderful photos from that era, Sue, on glass plates, many far better quality than nowadays.