Abdication has been in the news recently, with Queen Beatrix of the Netherlands stepping down in favour of her son, Prince Willem Alexander. It's quite a tradition in that country but in the UK carries a much less favourable connotation, because of Edward Vlll's behaviour in 1936. Hence all the jokes about Prince Charles looking rueful at the Dutch abdication ceremony, because no British Monarch would dream of doing such a thing.

And yet it did happen with Richard ll in 1399. He was deposed  by the man who became Henry lV, but had to agree to give up his crown. Shakespeare says it best:

"For I have given here my soul's consent
To undeck the pompous body of a king;
Made glory base and sovereignty a slave,
Proud majesty a subject, state a peasant."
Act lV, Scene  l

"Unking'd Richard" is imagined eloquent in a way he probably wasn't. But he probably was just as reluctant. The following year he was dead in Pontefract Castle, though whether from starvation or stabbing is not universally agreed.

No such fate awaited Edward Vlll; far from being a peasant, he was re-designated Duke of Windsor and lived out his remaining 35 years in comfort in France. Whether it was worth renouncing the throne for the woman he loved only he could say. 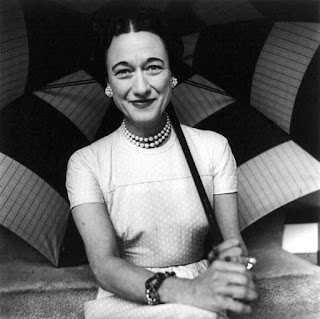 But the stain and horror of his actions was surely behind one of the people most affected by it, when the young Elizabeth ll pledged to serve as Queen till her life's end.

No abdication for her. But it has no such taint in the Netherlands, where the last three monarchs have voluntarily given up their titles.

Why should it be seen as so terribly different from retirement, in the case of extreme old age or illness, or resignation in Edward's case? Pope John Paul ll chose to carry on through his increasing weakness from Parkinson's, enacting a kind of personal Calvary that was clearly part of his vocation and dedication. Pope Benedict XVl cased worlwide shock by making the opposite choice earlier this year.

The Press scrambled for precedents in renouncing the Pontoficate and could find nothing more recent than Gregory in the 14th century. It counts as abdication rather than resignation because the Pope is the Head of State of Vatican City, apart from anything else.

But other European monarchs have abdication, often under pressure, since Richard ll. Charles V, the Holy Roman Emperor, gave up most of his titles in 1555, to retire to a monastery, where he died three years later. His son Philip ll became King of Spain and his brother Ferdinand became Holy Roman Emperor, both Charles and Philip's destinies intertwined with that of the English throne.

As was Mary, Queen of Scots, forced to abdicate in favour of her one-year-old son, James Vl of Scotland (and later the First of England) in 1567. Here too, the cause was a marriage disapproved of by the Peers and people, from the Catholic point of view because Bothwell was divorced 12 days earlier and by all sides because it was Bothwell who had murdered the Queen's former husband, Lord Darnley.Queen Christina of Sweden abdicated in 1654 in favour of her cusin Charles Gustavus, because she had decided not to marry and her nobles were tired of her extracagant ways.

Philip V of Spain's was a strange abdication, lasting only seven months in 1724. He gave up the throne to his son, perhaps because of his own mental instability, but had to take it back when Louis died without children in August of that year. Philip carried on reigning till his death in 1746.

Monarchs of Poland, China, Sardinia, France, Portugal, Serbia, Bulgaria, Luxembourg, Belgium, Cambodia and Kuwait have all voluntarily abdicated since then, not to mention the ones forced to give up their thrones and go into exile.

It is only in Britain that the issue is regarded with such distaste.


What do you think about abdication? Do you think the Queen should step down in favour of Prince Charles? And in what circumstances?

She should be able to even if, historically, it has negative connotations in the UK. If she should actually do it... I guess that is her choice. Personally I wouldn't blame her after 60+ years on the throne.

But then, I am from the Netherlands, we are used to that sort of thing. Kings and Queens who die in the saddle are a minority here.

My one comment on the Queen....leave it to her! She's fine it seems to me but when she decides she's had enough, then she should be free to hand over...Interesting post!

I have often thought that, with the longevity of this particular family, Charles is unlikely to be king until his eighties at least, but it hadn't occurred to me that there might be a reason why abdication is so distasteful in Britain. It seems to me, though, that Kings and Queens should be as entitled to retire as anyone else. It's a stressful job.

Well spotted, DLM - thankyou for pointing out the typo! What sharp-eyed readers we have. Mary Hoffman is away for a couple of days, so I've corrected it for her.

People having asking a similar question here in Spain the past couple of years... Especially since King Juan Carlos has been having more and more health problems (and putting his foot in his mouth on occasion). His son is pretty much as well loved and respected as he ever was so... why wait? Apparently the Constitution says the King can abdicate, the circumstances or law regarding this to be written at a later date. Well that was 30 years ago and they still haven't written that abdication law!

I've always thought the Queen of England wouldn't abdicate until she could pass the throne on to her grandson and skip over Charles completely...

I am happy to find this post very useful for me, as it contains lot of information. I always prefer to read the quality content and this thing I found in you post. Thanks for sharing.