You remember of course the riddle scene in ‘The Hobbit’, in which Bilbo Baggins pits his wits against hungry Gollum on the edge of the dark lake at the roots of the Misty Mountains?  And how, after each has guessed a number of traditional riddles (‘Thirty white horses on a red hill/First they champ, then they stamp, then they stand still’[1]) and a number of others which Tolkien obviously enjoyed writing himself (‘Alive without breath/As cold as death/Never thirsting/Ever drinking/Clad in mail/Never clinking’[2]), Bilbo finally foxes his adversary with the simple and thoughtless question, ‘What have I got in my pocket?’ 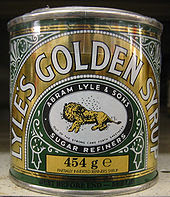 Riddles have a long history, and probably a long prehistory too.  There are riddles in the Bible, such as the one Samson baffled the Philistines with: ‘Out of the eater came something to eat/Out of the strong came something sweet’[3] (Judges 14,14) – still to be found, with its pictorial answer, on the green and gold tins of Tate and Lyle’s Golden Syrup. And one of the earliest known riddles, strikingly similar in form to Samson’s, is written on a Babylonian tablet and reads: ‘Who becomes pregnant without conceiving? Who becomes fat without eating?’[4]

(By the way, all the answers will be found at the bottom of this post.  I’m certain you are going to try and guess them, so I’m not going to provide the answers straight up.)

Everyone remembers the riddle of the Sphinx, which Oedipus guessed; but did you know that Plato refers to a children’s riddle in ‘The Republic’ - ‘A man who was not a man threw a stone that was not a stone at a bird that was not a bird, on a twig that was not a twig’[5]’?  And that there are Sanskrit riddles in the Rig Veda and the Mahabharata?  And what about the Norse riddles of the Elder Edda, such as ‘The Words of the All-wise’ in which the dwarf Alvis (literally ‘All-wise’) – anxious to win the hand of Thor’s daughter – answers a number of questions which might be called riddles in reverse:

Thor:   What is heaven called, that all know
In all the worlds there are?

Alvis:  Heaven by men, The Arch by gods,
Wind-weaver by vanes,
By giants High-earth, by elves Fair-roof,
By dwarves The Dripping Hall.

Thor:   What is the moon called, that men see
In all the worlds there are?

Alvis:  Moon by men, The Arch by gods,
The Whirling Wheel in Hel,
The Speeder by giants, The Bright One by dwarves,
By elves Tally-of-Years.

In the illustration above we see how for verse after verse (while Thor's daughter anxiously clutches her father) Alvis provides the kennings – the riddling poetic descriptions – for all the elemental, important things in the world such as fire, rain, the moon and sun, the sea, forests, night and day (and beer)… until at last dawn breaks and he turns to stone.

When I talk to schoolchildren I like to tell them about Norse kennings, and ask them some Anglo-Saxon riddles from the 10th century Exeter Book (carefully chosen: many of them contain bawdy double-entendres).  These riddles are of course also poems: and it seems to me one of the best and easiest ways to show children what poetry is and why it might be fun to read. “So,” I explain, “in a poem about the sea a Viking wouldn’t say ‘the sea.’  He’d call it the ‘whale’s home’ or the ‘swan’s bath’, and his audience would know what he meant. If you wanted to make a poem in which a king rewards one of his men with gold, you wouldn’t say ‘The king gave gold to his warrior.’  That would be plain boring.  Instead you would have to say something like ‘The Land-ruler gave Sif’s Hair to his Raven-feeder.’

“For your listeners to understand it, they’d have to know the story of how the trickster god Loki cut off the goddess Sif’s beautiful hair.  The other gods were so angry with him that he went to the dwarfs and got them to make Sif some beautiful new hair out of pure gold, which magically grew just like real hair." (You'd also have to understand that a warrior who killed men on the battlefield and left them for the crows to eat was - a Raven-feeder.)
But there were plenty of other ‘kennings’ for gold.  For example, you could call it ‘Frodi’s flour.’ And to understand that, your audience would remember a completely different story, about a Danish king called Frodi who bought two giant slaves and set them to turn two huge magic millstones which would grind out whatever you told them to grind.  Instead of flour, King Frodi told them to grind out peace, prosperity and gold. (That’s why gold could be called ‘Frodi’s flour’.)  For a time, King Frodi’s people enjoyed a golden age.  Unfortunately, however, Frodi made the two giants work almost non-stop, not allowing them rest or sleep ‘for longer than it takes to hear a cuckoo call.’  In revenge, the two giants asked the millstones to grind out an army which attacked King Frodi and killed him.  And that was the end of his peaceful reign.

The Vikings thought more of a man if he could weave words: some of their most renowned warriors were also poets, like Egil Skallagrimsson, and Grettir the Strong. The murderous Harald Silkenhair in my book ‘Troll Blood’ - the third part of 'West of the Moon' - is a warrior poet in this tradition, and keeps his men happy by asking them riddles (here are two I made up for him):

“I know a stranger, a bright gold-giver
He strides in splendour over the world’s walls.
All day he hurries between two bonfires.
No man knows where he builds his bedchamber.”[6]

“I know another, high in the heavens
Two horns he wears on his hallowed head
A wandering wizard, a wild night-farer,
Sometimes he feasts, sometimes he fasts.”[7]

Spells, words, similes, riddles… the very word spell itself in Old English and Old Norse simply means speech.  To describe the world is to apprehend it, to understand it.  To this day we retain this double meaning.  A magician may cast a spell, but children spell out words aloud, syllable by syllable.  Words do not only give power, words are power.  Even in the Judaeo-Christian sense: God creates the world with the words ‘Let there be light,’ and St John describes Christ as the ‘Word of the Father’.

It seems to me that riddles may always have had dual purpose.  They amuse us, but they do so in a different way from puns and jokes. If I ask you a riddle – even a simple child’s riddle like ‘What’s green and goes up and down?’[8] – and you can’t guess it, I score a point over you. More than that: I retain knowledge which I may or may not choose to tell you. I have the power to reveal or conceal. The riddle game is a contest which may once – as with Bilbo and Gollum, Thor and Alvis, Oedipus and the Sphinx – have had serious consequences.

And the Delphic Oracle was often delivered in riddling form. In 403 the Spartan general Lysander was warned by the oracle to beware the dragon (serpent), earthborn, in craftiness coming behind thee. The warning didn't help: he was killed from behind in 395 BC by - supposedly - a soldier who had a serpent painted on his shield.  Today we may suspect that oracular utterances were made deliberately vague so as to be applicable to any variety of future events – but that seems to me false to the ancient way of thinking.  Much more likely the sibyl or seer regarded riddling, poetic speech as sacred, the authentic voice of God.  Just as with poetry today, whoever heard it had to find their own meaning in what was uttered, follow the clue through the maze to the centre of themselves.  Riddling speech, like poetry, may have been thought of as the truest, the most revelatory way of communicating.

“Had I the heaven’s embroidered cloths…”

“Look at the stars! look, look up at the skies!
O look at all the fire-folk sitting in the air!
The bright boroughs, the circle-citadels there!"

To describe the night sky in this way is to use riddles as riddles were meant to be used.  You can still feel the shiver of power.
[1] Teeth
[2] Fish
[3] A bee’s nest full of honey in the ribcage of a dead lion
[4] Clouds
[5] A eunuch throwing a piece of pumice at a bat on a reed.  (Yes.  Really.)
[6] The sun (and the two bonfires are sunrise and sunset)
[7] The moon
[8] A frog on a trampoline
Posted by Katherine Langrish at 06:00

I love this post! My fave riddle is from Monty Python and the Holy Grail…

Great post! I love riddles. And yes, the Monty Python one was delightful, a send up of the old tales; they did that a lot in the film, including the quest for a shrubbery. They were university graduates who knew their stuff.

Fascinating stuff - and I did NOT guess the answer to number 5!

Thanks for the Monty Python one, Caroline! I'd forgotten that!

Number 8 was "a gooseberry in a lift" in my day!