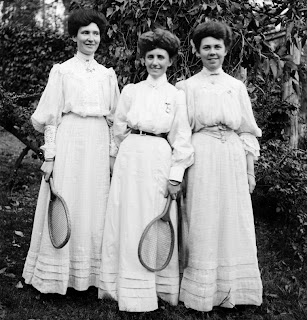 With strawberries and cream and summer here (?) and Wimbledon underway, I’m being a bit frivolous today.

There was once a time when women practiced their forehand not in neon spandex, but wearing lace-up corsets, court-length skirts and ladylike slippers. Even in the 50’s I recall my mother going to her weekly tennis game in a very discreet knee-length white skirt and a white V-neck cable knitted sweater with a white shirt and tennis shoes that I’d had to ‘whiten’ by rubbing on some paste that dried to a glowing white. Even the balls were white and the racket was wooden strung with real gut. Somewhere in a basement I still have a relic of one.

Tennis wasn’t always played with a racket. In the earliest versions of the game, which originated out of France in the 12th century, the players hit the ball with their hands, as in palla or volleyball. It was called jeu de paume, initially spelled jeu de paulme, meaning ‘game of the palm’. In time, gloves replaced bare hands, then paddle-like bats and finally racquets became standard equipment for the game by the late 1600s. 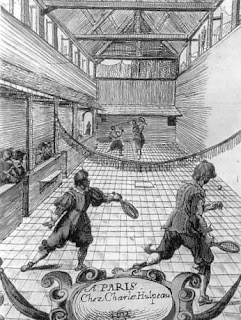 It became popular in England and was played indoors where the ball could be hit off the wall. Royal interest began with Henry V but the monarch who made the biggest impact on the game was Henry VIII who played with gusto on a court specially built at Hampton Court in 1530 (although I can guarantee he wasn't playing topspin.) It’s believed Anne Boleyn was watching a game of tennis when she was arrested. During the reign of James I, London had 14 courts and his son, Henry the Crown Prince, was a keen player before his sudden death from typhoid. When he first became ill it was believed he’d caught a chill from playing tennis without a shirt.

The word tennis is thought to come from the anglo-norman word ‘tenez’ which means to receive or take. And then there is the peculiar scoring of 15, 30 and 40 which is said to follow the quarters of a clock – the 45 changed to 40 for ease of calling out ‘quinze’, ‘trente’, ‘quarante’. The origin of the word ‘deuce’ comes from 'a deux le jeu' meaning: to both the game, or they have equal scores.

Interestingly the game was so popular in the 1700’s that the Venetian painter, Tiepolo, included a tennis racket and three balls (right hand corner) to reconstruct the scene between Apollo and Hyacinth, in his painting, The Death of Hyacinth. It was based on the adaptation of Ovid’s original story which had to do with a game of discus. 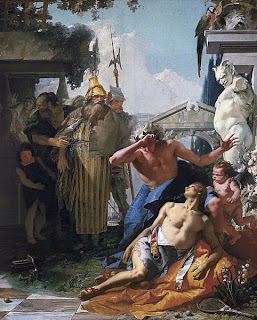 I’ve gone off on a tangent when I meant to concentrate on fashion. So here are some bad hair days from the 70’s and 80’s. Can you guess the players? 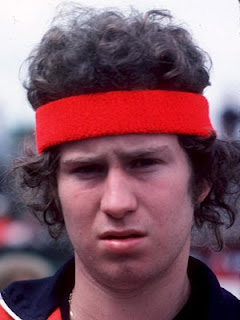 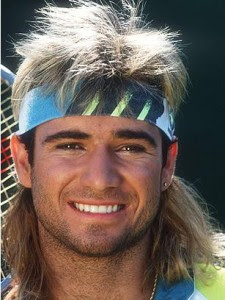 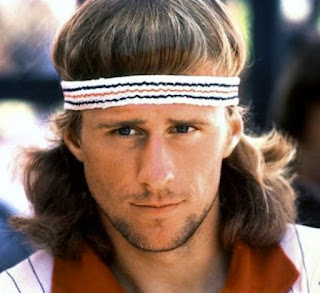 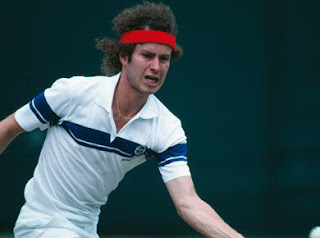 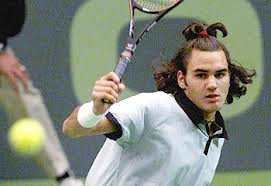 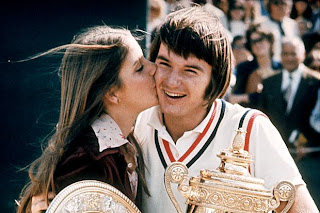 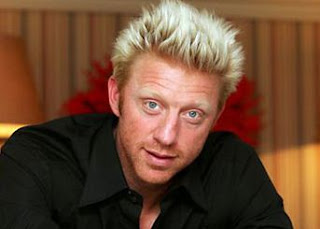 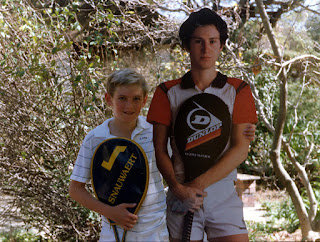 Love the Federer pony tail! Great piece,Di. And poor Anne Boleyn: watching a game one minute and then carted off to the dungeons...

Not the dungeons, Natasha! The Lietenant's lodgings and then the quarter which had been refurbished for her coronation. Maybe more painful but less uncomfortable. Great pics, Dianne!

I imagine Henry played what historians refer to as 'real' tennis as opposed to the modern game called 'lawn' tennis.

Love McEnroe and haven't really enjoyed tennis at all since he stopped playing. Also he is MUCH better looking as a middle aged man than as a boy. Quite fanciable nowadays! Hope for us all!

Very topical post - and especially interesting hearing where those scores echoing over Wimbledon come from. (I love those headbands!)

Yes, Adele love McEnroe too and I think Boris and McEnroe make a formidable commentating team. Well done the BBC! But I can't help loving that gorgeous face of Agassi. When he smiles his face truly lights up. I'm not a Federer fan even if the topnotch is long gone. He's a character that wouldn't hold my attention in a novel... heaven forbid a biography!