Parks and Gardens by Penny Dolan

Most visitor trips to Harrogate will almost certainly pass The Stray - an open stretch of grass that borders the town centre – and then drop down Montpelier Hill to the “famous” Valley Gardens, our local park. 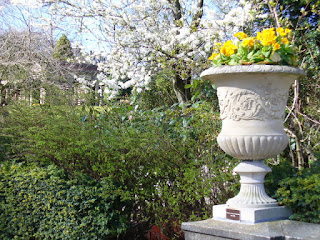 With a streamside walk, ice-cream parlour and ever-changing floral display, the Valley Gardens give a prosperous, comfortable air of the visitor side of town, where the day trippers mingle with conference delegates and others queuing outside Betty’s tea-rooms.

Public parks are such an ordinary, accepted part of our urban lives and so at the mercy of the British weather that we barely notice them.

Parks are stages: they only appear in the media as places where an event is to happen, has happened, or a crime has taken place. Rarely in their own right.

While parks can house concerts and celebrations of all sorts, in general our public parks and squares are low-key places. Push-chairs are pushed in them. Kids play in them. Joggers jog in them. Friends have casual picnics in them. Teens skulk and prowl in them and lovers meet their loves.

Parks come in a variety of styles. Some are windswept, muddy grounds, like the “Rec” of my childhood on Wood Green’s Noel Park Estate. Others, like leafy Wanstead Woods, still have a pleasant wildness about them. However, thanks to Lottery funding and a keener eye on the “health and safety” of the equipment, some parks seem to look better than they have done before. There is more and safer play equipment, more defined sports spaces and more awareness of what people need from parks.

Yet that renewal will depend on where you live. Parks are run by local councils, for the greater good of the people and if ever there’s a principle that’s getting twisted out of shape by austerity Britain, it’s “greater good”.  Anxiety about that, and about how and why public parks came about set me searching.

For a park, the Valley Gardens has a curious history. Way back in the 18th & 19th centuries, money was to be made in the upstart spa of Harrogate by offering health treatments, particularly taking the waters, one of which is very potent brew.  The visitors were encouraged to promenade between draughts of the stuff, which gave them a chance to mingle and meet.

However, in my personal view, the original liquid with its sulphuric tang - most unlike the currently marketed bottled “Harrogate Water” - probably had such a strong effect that the consumers needed a polite space to cope with the gastric turbulence.  It was probably a bit too dangerous to wander discreetly on The Stray which the young bucks had already grabbed for random horse racing. 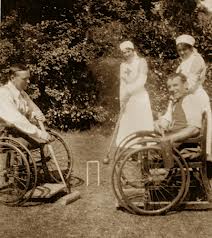 Harrogate grew. With the 1841 Harrogate Improvement Act, local businessmen began promoting the town and its now-enclosed wells as a resort.  Hotels and theatres were built, the railway arrived, the Royal Baths Hospital was established and royal relations - just over the way in Harewood House – added glamour and gentility. No wonder the idea of the Valley Gardens covering the less sweetly named Bogs Field was a winner.

Both town and gardens rose to prominence in the early twentieth century. Set just below the Hospital, the Valley Gardens was used by invalids and convalescent officers sent home from the Great War to regain their health.

Health, in general, was one reason for the growth in public parks. When, in the mid eighteen hundreds, people flooded in from the countryside to the Victorian mills and factories. The polluted air and poor living conditions made some of those in authority worry about the health and the morals of the workforce.

Open air began to matter, and the idea of parks - once the private preserve of the wealthy - were seen as a way of raising the standards of the population. Urban planning encouraged this. There was legislation: the 1875 Public Health Act, the 1881 Open Spaces Act and the 1884 Burial Grounds Act, all encouraging improvements in land use within towns and cities for the good of the urban population. 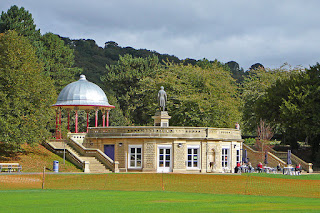 The Temperance movement were great enthusiasts. The great Titus Salt’s model village at Saltaire has a park among its public amenities, but no public house.

Civic dignitaries and social reformers saw parks as a way of reforming of the population, of turning the people away from gross pursuits and providing them with healthy leisure activities. Parks would increase physical, intellectual and moral standards among the population.

Many parks were funded by public subscription, especially those commemorating Queen Victoria’s 1887 Golden and 1889 Diamond Jubilees. Parks often kept the name of their main benefactor, reminding everyone of the importance of philanthropy.

However, parks were intended as places for all. They offered space for strolling or games, and inspirational beauty in the form of fountains and lakes and “landscape”. They added a kind of cultural education through classical and commemorative statuary, entertainment through bandstands, and horticulture knowledge through their plant displays and botanical glasshouses. At a grander civic level, parks were the settings for galas, pageants, all levels of pomp, ceremony and fireworks and even opportunities for art displays and exhibitions. Do you remember the host of painted elephants around London’s parks a few years ago? Of course, parks and squares were hedged with Rules and Regulations to ensure correct behaviour.

Needless to say, the donating of parkland was not entirely an altruistic gesture. The grand houses had become more difficult to maintain, especiallywith property taxes. Some family estates that were built in the countryside had now been encircled by city streets. Donating an unwanted property had advantages, especially when the public park had your name attached.

So now, as spaces, parks come tangled with other issues. They carry so many shades of class and privilege and gentrification and middle-class entertainment that it’s easy to dismiss the benefits they bring. Yet, if ever there's a sunny summer day, the city parks fill up with people of all sorts enjoying themselves, especially those with no garden for themselves. Then parks show themselves as  good things.

But could these same parks - so much part of our history - slip away, be rationalised? Like the libraries, where only one per city is seen as necessary? When the poor can always take the bus?  And will the parks be maintained, still? The angry-eyed park- keeper – that icon of comics – may have become a set of CCTV cameras, but good parks still need the care-givers, the gardeners, the cleaners, the grounds-people to keep them pleasant places. How is that to be managed? Or won’t it? A volunteer system can be a great resource but, in my opinion,  only works as a long-term systemwhen strengthened by a solid core of continuing professional expertise.

Or will our public spaces be taken over, entirely sponsored, enclosed? Will the “greater good” legacy lost? Are urban planners and architects truly required to take good public space into account?

One can have wonderful initiatives, of course, but will the Royal Wild Flower meadows be enough? How much open space will be left in the Olympic Park a few years on? 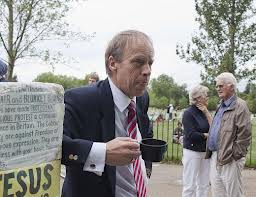 There’s another aspect, too. A park is a place for conversation, for people to meet, to gather together, freely and for free. Surely that’s valuable too? Or does the human voice not need to be heard? Already when spaces become corporate, emptying when business is done, the life of that area disappears.

Right now, in Istanbul, a conflict rages. It was sparked, I read, by plans to build a shopping mall over the one remaining public park, although other problems are obviously involved.

But that aspect of the Turkish protest did set me wondering about our own urban parks - the ones that aren’t the renowned parks of London.

Do parks matter, still? Or could we lose that heritage by casual indifference and neglect?

And, maybe more happily, how's your own favourite park?

What a lovely post! I adore parks and could not do without them....I LIVED in them when our daughters were small. Where better to wheel a buggy, play etc? Marvellous amenities and I feel exactly as those Turks do about the idea of putting up a shopping mall instead of a park!

Though I understand the connection, it is important to note that the protest in Istanbul, with a tree at it's center, stands for more than just a public park being taken, it is about all liberties being squashed. See this you Tube video for a beautiful brief history "It Started With A Tree"--http://www.youtube.com/watch?v=demnc4sQ0VI&feature=youtube_gdata_player

Here in NYC we have to fight for our parks and community gardens because real estate interests are hungry for land to build more profitable structures...and I don't mean affordable housing, but luxury for the new billionaires world wide. It's a shame. Stand up for your green spaces. They may just save your life dear cousins.

Hello, Ms, I totally agree that the protest in Turkey is about far more than that single park and can only look on with sadness at how the situation is developing there.

However, it was the link to a public park that made me write this post. I suddenly realised that here in the UK, we usually take our parks for granted - just because they seem "always to have been there". As a History Girl, I wanted to find out how they happened.

I'm very aware that, as Adele suggests, parks are where people enjoy going when they have children, ie, they are one of the groups in society that may not have money to spend. And therefore one of the groups that are easily seen as having no "voice"?

I, too, feel afraid that parks - as you say - will be attractive to the real estate interests, just as you describe happening around you. Good wishes to all of you speaking out for parks in NYC!

Will now cut & paste your videolink. Thanks!
Best wishes, Penny

We don't have many parks in my particular neck of the woods - they're more of an urban thing, aren't they? I love parks. In Ilkeston, where I'm from, there was a Victoria Park with a bandstand and beautiful flower displays - and there was Cotmanhay Rec, with swings and a slide. When I lived briefly in London, the parks were a lifeline, a living, breathing space. love the thought of the park in Harrogate as a place to recover from the waters!