This is a post about a couple of very useful books.  Two Slang Dictionaries and a linguistic study that was first published in the USA in 1940. I'll begin with the bad words without which I could never have written any historical novels..... 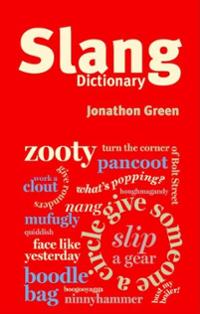 I love my slang dictionaries. I ave two, a big fat yellow one Slang, by Jonathon Green, which is incredibly useful. I don't mean to come the raw prawn,  (1960s Aus) so I'll be polite but since this is a short blog so I'm sure I won't box the compass (1700s UK)  but honestly, don't  you love slang? Of course it's mostly money or sex, which I'll avoid here, but take a look at this;
Rhino, Gingerbread, Scramble, Flag, Rainbow, Spanks, Stumpy, Teaspoons, Muck, Garbage, Goree,
Moss, Old Mr Gory, Grannam, Ribbin, Prey, Bull, Quidds
And I bet there are a million more terms for money. New ones we don't even know yet.
And actually I'm sure you've all got this book at home, the one downside is that you do have to know the word you're looking up beforehand, so unless you can leisurely trawl though it's very interesting pages, it can be tricky....which is why I would like to recommend to you this books younger, nimbler, slimmer cousin. It's by Jonathon Green and it's called Slang Down the Ages. The words are handily arranged in topics,The Body, Men, Women, Excellence, Intelligence, Fools, The Lavatory, etc. And further categorised by date. So, what a specific oath, say a euphemism for hell from the 19th century say? Go to Putney on a pig is good. Rhyming slang for bread? Needle and thread. You get the idea.

So my other book is a real treat if you've never read it. The Big Con was written by a Professor of Linguistics  and is the result of years of study, of interviews with grifters and con men in the 'Golden Age' of confidence trickery, late 19th and early 20th century America. It's the book that gave us The Sting and from which the TV show Hustle took it's plots. I came across it writing Nest of Vipers, which was about a gang of 18th century tricksters. 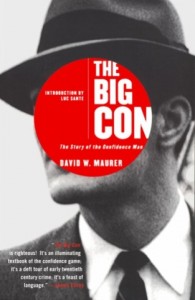 It is a marvellous engaging  read, even if you're not in the least bit interested in criminology or cons. Just the language - they have their own spiel, impenetrable to outsiders, so if you're a square paper, you won't get roped by a soap game or a subway dealer and if a man gives you the tish, you'll make sure he gets sneezed.
The names too, Yellow Kid Weil, Cockroach Gary, The Postal Kid, The Major, The Brass Kid.
Enjoy.
Oh and what's your favourite historical slang word? Rantipole? Tattermedallion? Hawkshaw?

Posted by Catherine Johnson at 07:10

More excellent books to be on the lookout for - thanks, Catherine!