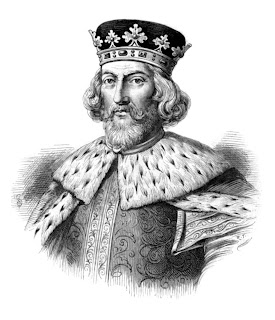 I was in Diss in Norfolk recently and came across a monument with this intriguing inscription.


‘Matilda, Daughter of Robert Fitzwalter, The Valiant, Lord of the manor of Diss rejected the advances of King John. The angry king sent a messenger with a poisoned potched-egg whereof she died.’

Digging around a little more I found an essay written about Diss in 1805, quoting an older account, which makes the whole business appear even more dastardly. 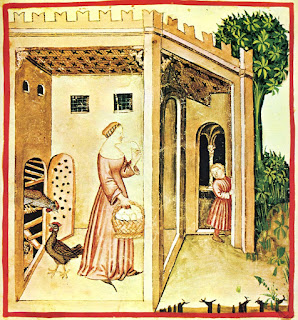 ‘About the year 1213, there arose a great discord between King John and his Barons, because of Matilda, surnamed the Fair, daughter of Robert Fitz-Walter, whom the King unlawfully loved, but could not obtain her nor her father's consent thereunto; Whereupon (and for divers other like causes) ensued war throughout the whole realm; the King banished the said Fitz-Walter, among others, and caused his castle called Baynard, and other his houses, to be spoiled, which being done, he sent a messenger unto Matilda the Fair, about his old suit in love, and because she would not agree to his wicked motion, the messenger poisoned a boiled or potched egg, against she was hungry, and gave it unto her, where of she died in 1213.’


Of course, the question is, why did Matilda eat the egg knowing it had been delivered by the king’s messenger? Was the King in the habit of sending her boiled eggs in case she felt peckish? Was there a traitor in the household who gave her the egg without telling her its source? Or did she deliberately eat the egg as an act of suicide to spare her father any further trouble?

The story reminded me of reminded of something I learned about when was working in Nigeria. In the 14th Century in Yoruba Empire, the Alaafin or king could not be removed by voting him out so, once a year at the festival of Orun the religious leader would practise divination to determine if the Alaafin was still in favour. If the results were negative, the Alaafin would be presented with an empty parrot’s egg, with the words ‘the gods reject you, the people reject you, the earth rejects you,’ a sign that he and all his council must commit suicide.

Of course, eggs have longed linked to death as well as life. In Britain sailors would never say the name on board ship and referred to them as ‘roundabouts’, and children were warned that when they’d finished eating a boiled egg, they must crush the eggshell or a witch could use it to row out to sea and sink a ship. It was considered unlucky to bring an egg in or out of a house after sunset and to dream of an egg was a warning someone in the house would die.

In 1583, in Wells-next-the-sea in Norfolk, fourteen men were drowned ‘by the detestable working of an execrable wtiche of Kings Lynn, whose name was Mother Gabley.’ She apparent caused a ship to sink by boiling eggs in a pail and mashing them. And as late as 1904, a mother accused a neighbour in the Scarborough Court of causing the death of her baby by bewitching the child by boiling and mashing eggs. 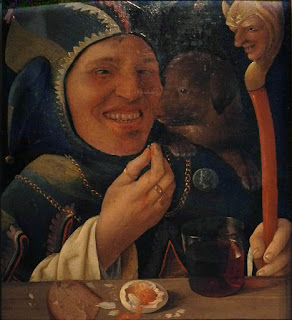 Perhaps just the sight of this egg was enough frighten poor Matilda to death. Or maybe the King John was innocent, after all, and she just ate a bad egg!

I suspect the rumour mongers wouldn't let common sense get in the way of a good story. ;-) Very entertaining post!

King John was not a Good Man,
He had his little ways,
And sometimes no one spoke to him
For days and days and days...

I didn't know any of this egg lore - thanks for the education!

I enjoyed this and it put my past blues from rejection into perspective! I've yet to get the slip with‘the gods reject you, the people reject you, the earth rejects you,’ so I guess life goes on!

I taught my children to break the shell after eating a boiled egg, lest a witch use it for a ship. No idea why!