I visit many historic houses when researching my novels but occasionally a place seduces me completely. One of these was Bolsover Castle in Derbyshire. 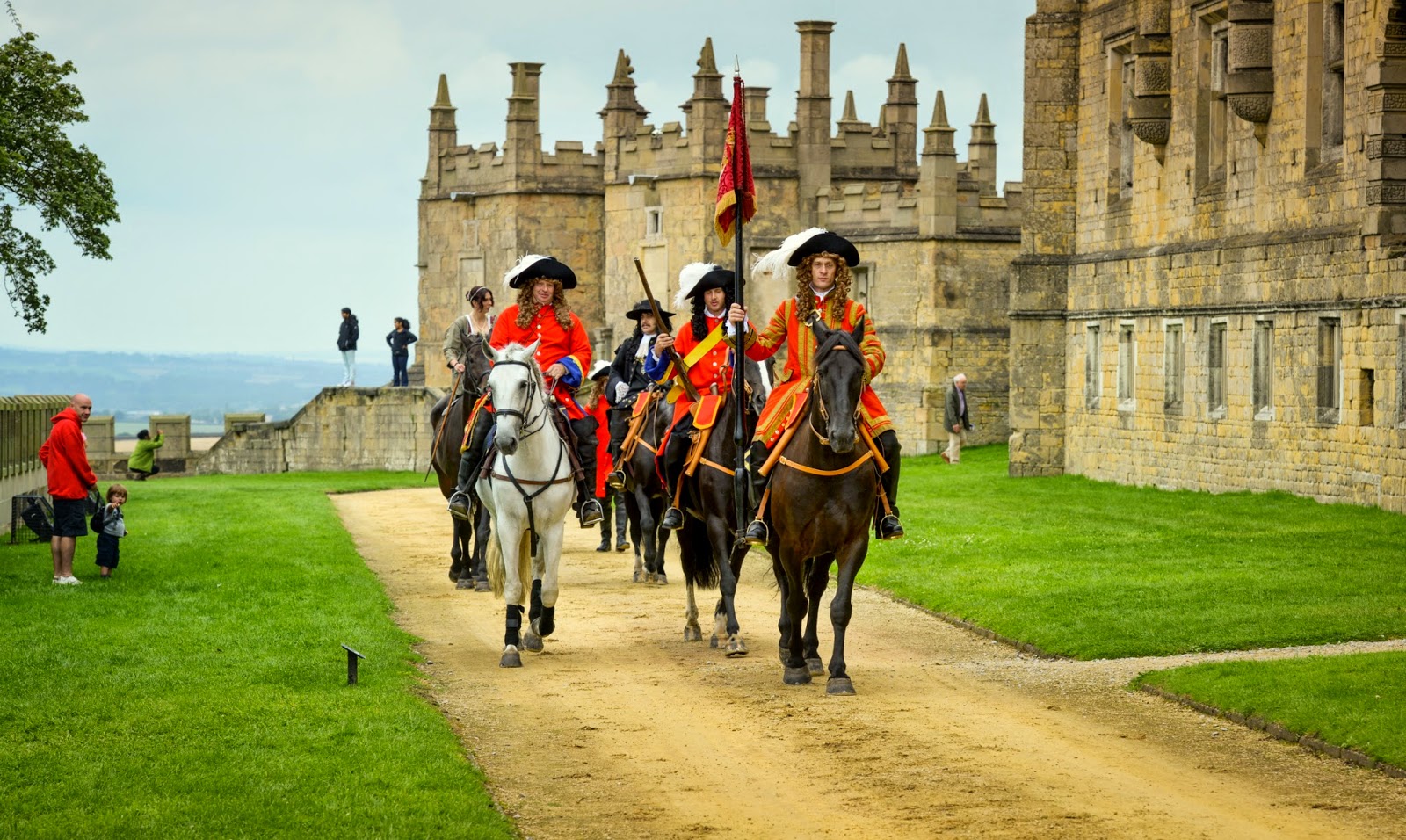 I had been on a research trip to Hardwick Hall as I’m writing about Arbella Stuart who spent much of her youth there. Hardwick creates an impression, its vast windows, its symmetry, its gallery stretching endlessly, all combine to for instant impact. I knew that Bolsover Castle was nearby and had been in the same family but didn’t fall in the compass of my research so had intended to give it a miss, particularly as I felt nothing could compete with the glamour of Hardwick, but I had a spare morning and so drove the short distance to Bolsover in the October drizzle. 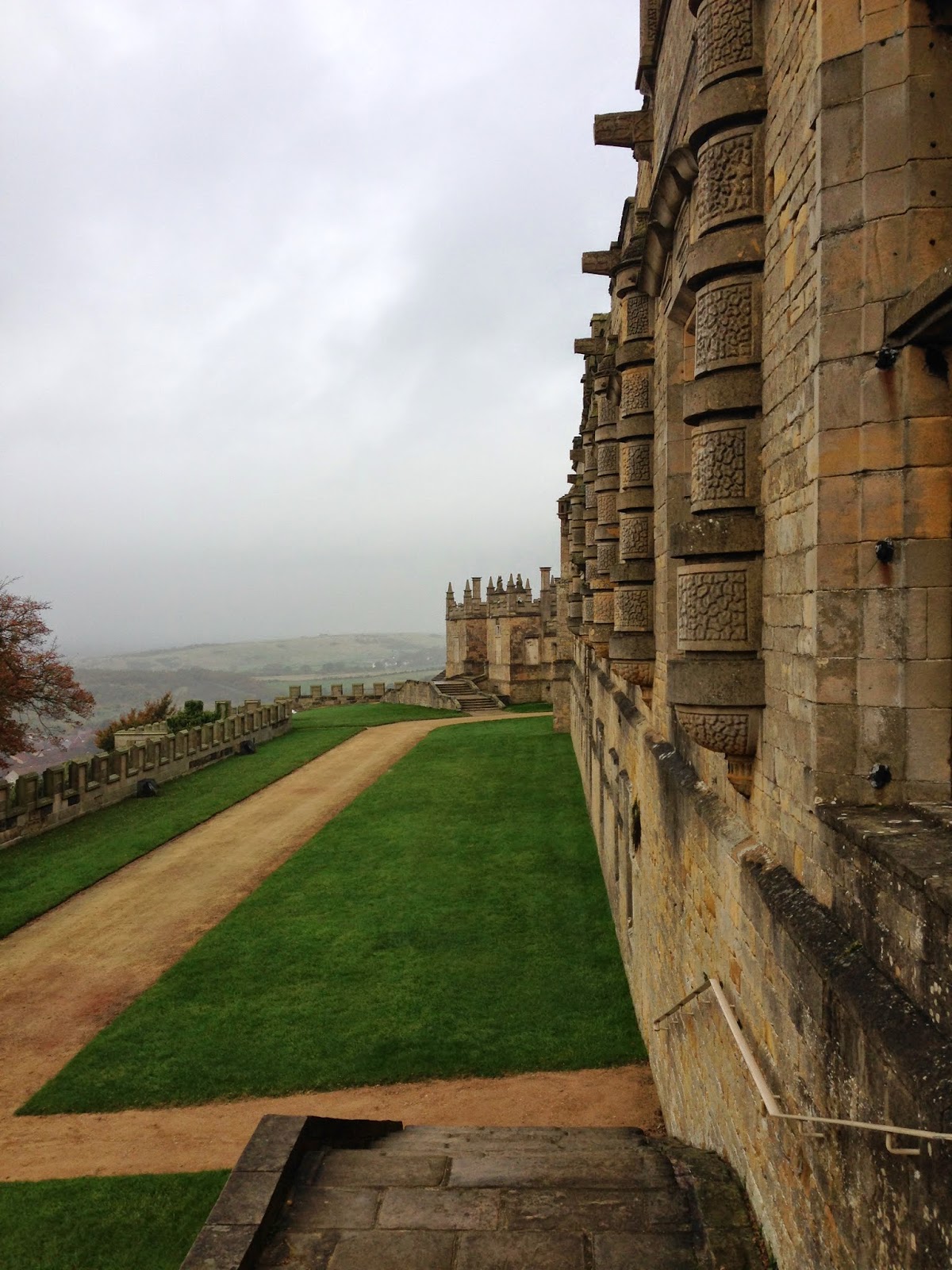 It was deserted and I wandered about alone entirely captivated. Like Hardwick Bolsover is perched on a promontory looking out over the Derbyshire countryside and Smythson, the architect of Hardwick was involved in its creation, as was his son, but there the similarities end. Bolsover has nothing of the grandeur and size of Hardwick but what it lacks in splendour is made up for in its abundance of charm.


The older parts of the house, set in a long rambling curve of golden stone, blackened with age in places, have fallen into ruin, but the sense of how the spaces might have been lived in is easy to see. The riding house, built around 1660, with its viewing gallery, timber beams and sand floor, still stands. It was the pride of William Duke of Cavendish, whose dedication to the equestrian arts was unprecedented for an English nobleman of the period, making him the epitome of the cavalier. I plan to return for one of the costumed equestrian events that are held in the spring, to see the riding school in all its glory and used as it was intended. 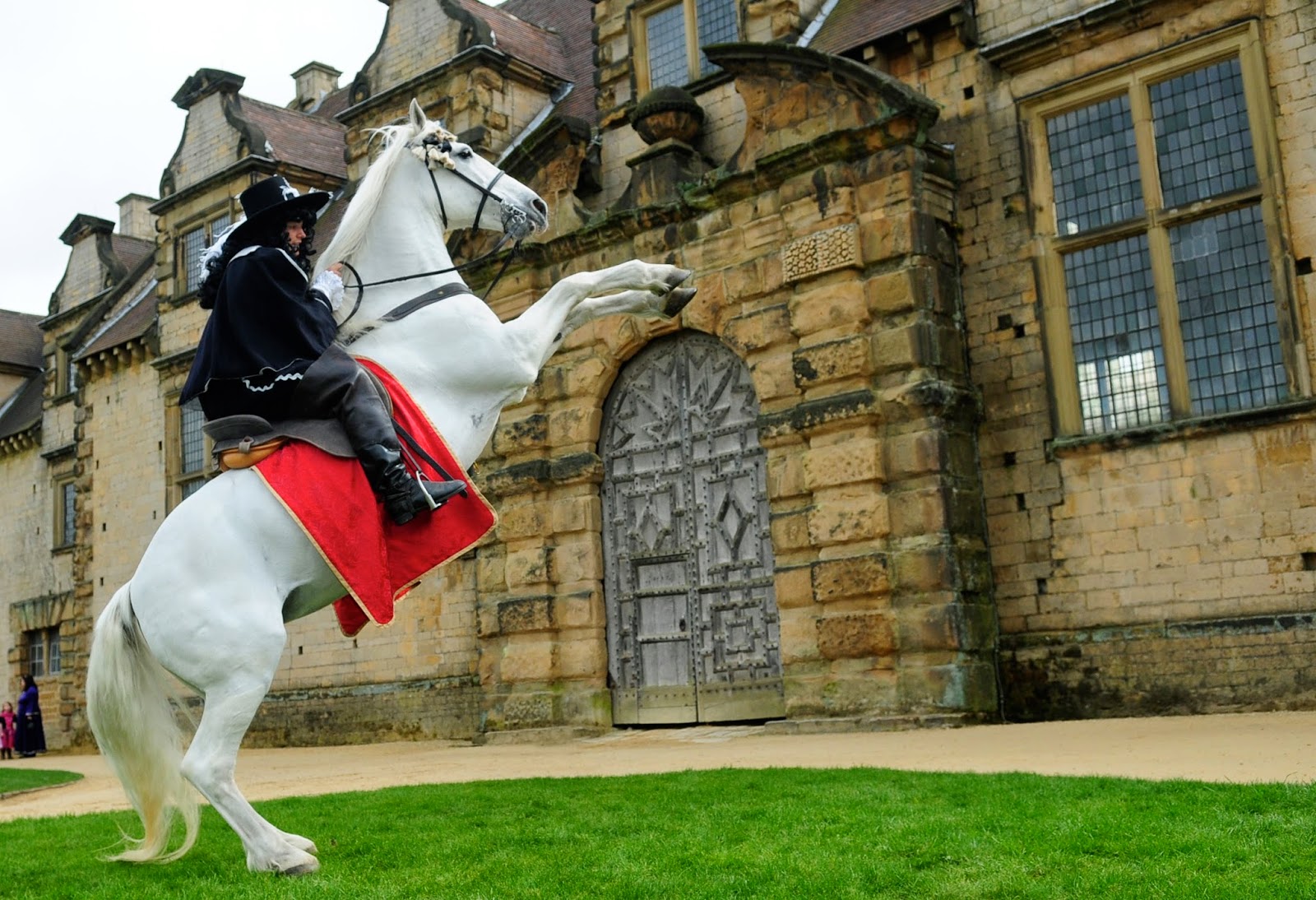 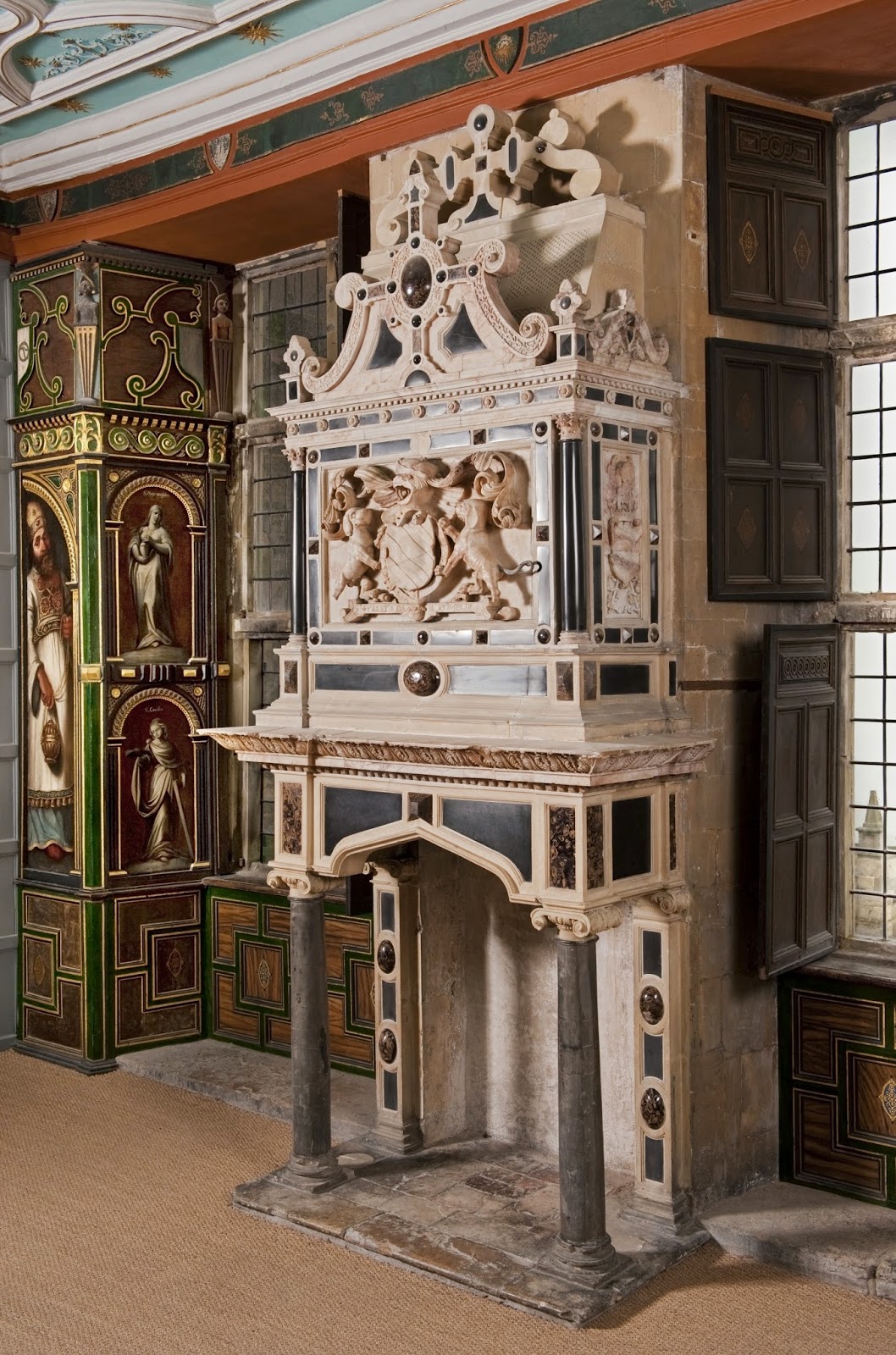 The jewel in the crown of Bolsover though, is the Little Castle, built by Charles Cavendish (father of William) between 1612 and 1617 is a castle in miniature and is entirely intact. It is surrounded by a circular wall with a walkway that offers a view of the both buildings and the rolling landscape beyond. The Little Castle’s interiors, even sparsely furnished as they are, have a feeling of luxury that makes up for their diminutive proportions. The intricate fireplaces, vivid murals and painted panelling have all been carefully preserved and restored and lend the place an air of frivolity that is quite beguiling and at times a little decadent. The Marble Closet, a room lined in rich marble and adorned with risqué depictions of Venus, is clearly designed with a gentleman in mind.

On walking through the rooms, the Heaven Closet, the Elysium Closet, the Star Chamber, each with its own particular character, Bolsover worked its enchantment on me, making me search for ways to put it in my fiction. Perhaps in my proposed novel about Charles I’s Queen, Henrietta Maria, I will be able to work in the 1634 royal visit to Bolsover for a feast and performance of Ben Jonson’s ‘Love’s Welcome.’ Otherwise it will have to be a book about Margaret Cavendish the wonderfully eccentric author and thinker who was the second wife of the William the cavalier duke. 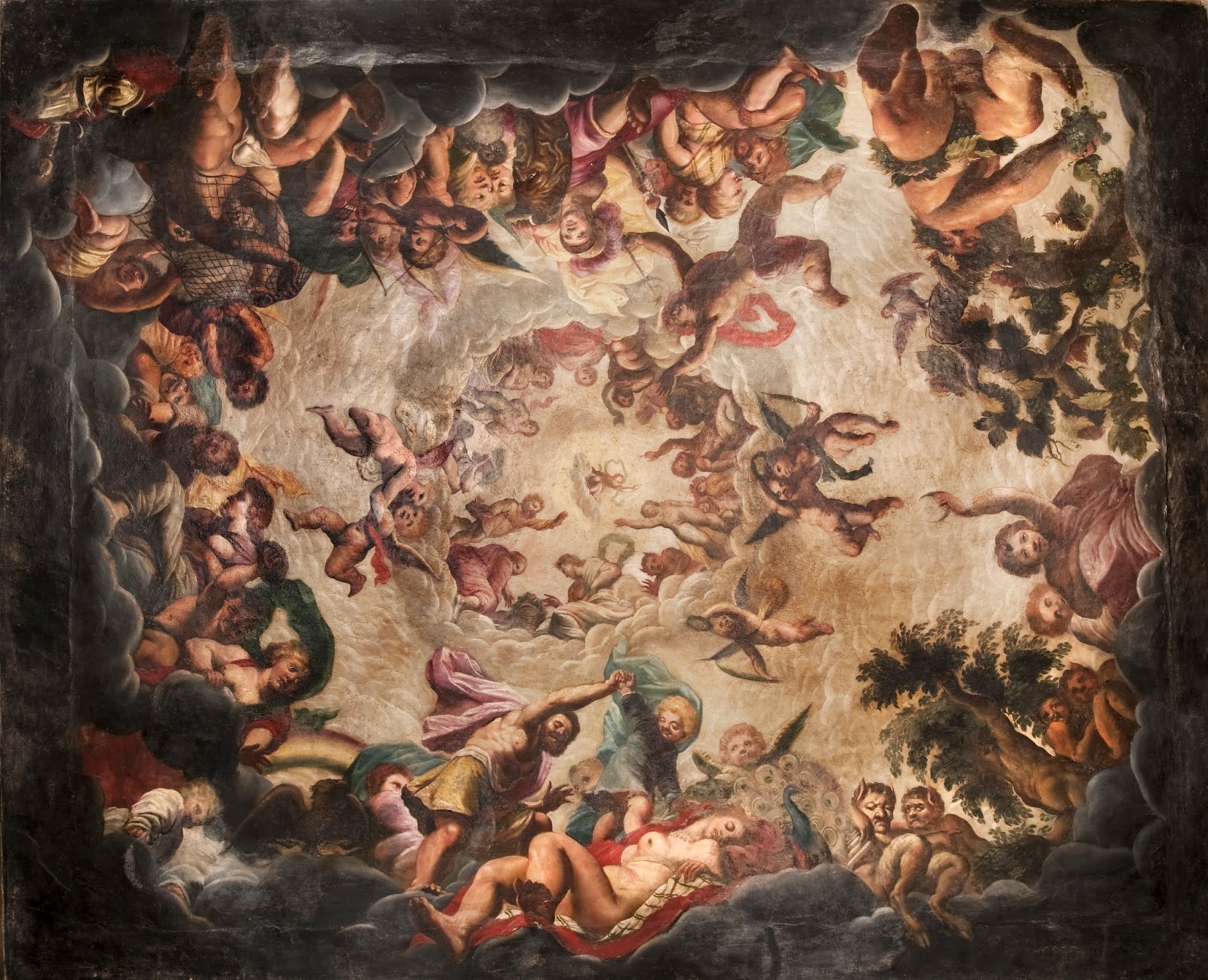 Go to elizabethfremantle.com to discover more about Elizabeth Fremantle’s novels.

Thanks to English Heritage for the images.
Posted by Liz Fremantle at 06:00

It looks wonderful - thanks for posting!

I'm from Derbyshire, and have been to Hardwick and love Haddon in particular - but never to Bolsover: will remedy that! Thank you!