Women, history and historical fiction, for today I am News Central - Gillian Polack


My post this month is about events, for I am surrounded by them right now. I want to talk about just two of them here: the first is Women’s History Month for 2015, which started today, and the second is the first ever Historical Novel Society Conference Downunder in three weeks.

Last year I handed all my papers to Lulu Respall-Turner (another of the founders) and the year before gave the electronic files to the Women’s History Month committee. So that’s it from me. Except it isn’t, because every year I throw a small shindig on my blog.

This year I will have a group of women writers who are talking about things that are quite personal.
It struck me that we (women) have fewer hero narratives than men. We not often the centre of narratives. So this year, throughout March, a group of living women are at the centre of narratives, often their own. If March weren’t so short, there would be more of these stories by women writers about themselves or people close to them: I ran out of days and had to stop asking writers I wanted to hear from. I strongly suspect I need a full year with this subject, and that even then I’d only scratch the surface.

I didn’t tell any of the writers “I want your hero stories” – but women being women, that is what I’m getting. There's an astonishing amount of hero-story in everyday problems (Campbell described heroes from the wrong direction, I suspect). The first post has already gone up, and is Wendy Orr talking about breaking her neck. One of Australia’s most successful fiction writers emerged into public awareness about the same time as she was crippled, she was told, for life.

The posts will be at both my writerly blog and on LiveJournal throughout March. You can find Wendy’s story here and here.

And now, for the Historical Novel Society. I first encountered it more years ago than I can think of. It was members of the HNS who brought me into the historical fiction fold by saying “Yes, we know you don’t write historical fiction, it, but you can advise those of us who do.”

This is the first time the HNS has run a conference in Australasia. It's in Sydney in just a few weeks. The first evening is at the State Library, which is a building I always have time for. I’m hoping this conference will be the first of many and that its Australian chapter will be as vigorous as those elsewhere.

The conference brings together those of us from all corners of history-in-fiction, including fantasy and, of course, the Middle Ages. Felicity Pulman is launching three books there (or rather, I am launching them for her, a fact that intimidates me), there will be super-sessions for writers, and the program is just amazing. So many of Australia’s best writers, and they all love history! You can find more about it from the HNS website.

Note: This post is shorter than usual because I’m full of books. One coming out now (my new novel) and one in June (history!) and it’s peak teaching period and even finding time to breath feels difficult. Next month I’ll write something extra-juicy to make up. In the meantime, have a nice picture of a medieval mikvah in Montpellier (I took this in 2011). And no, I have no idea why I have an alliterative tendency today. No doubt I'll recover from it eventually. 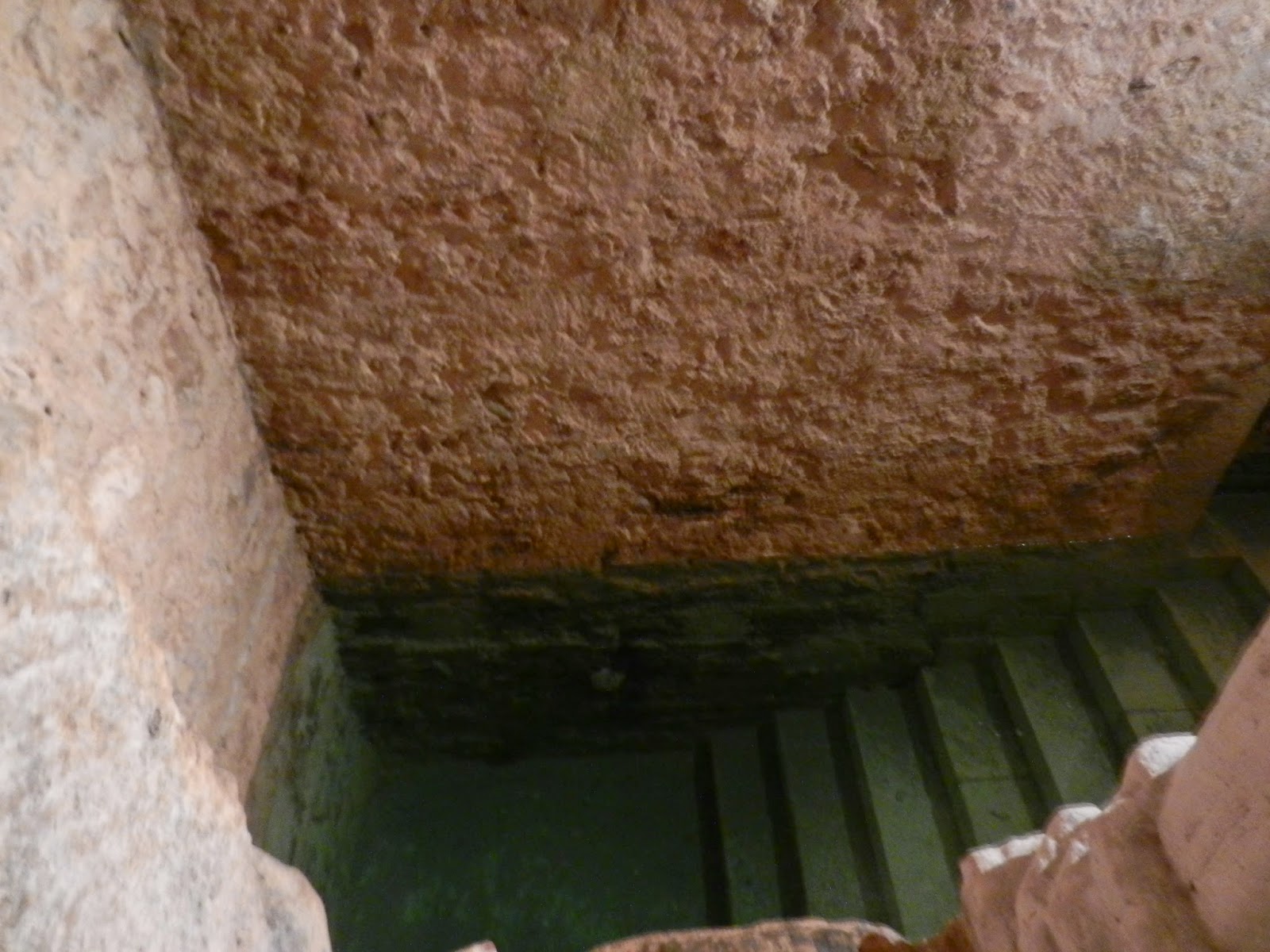 Just finished hosting Alice Pung, courtesy of the Stella for Schools program for women writers. Her own history - at least the history of her family - is powerful stuff. I just finished reading Her Father's Daughter last night, which was about her father's family(her mother's got a mention in the first book) and it is strong stuff, with its detailed description of the Cambodian killing fields.

I will send you the story of my sister for Women's History Month this week. Thanks for inviting me!

There are some wonderful women's narratives out there, but we need so many more!

I'll be very glad to have you visiting on my blog :).