OK I'm starting with Poldark. Yes the new one. Calm down ladies this isn't Aidan Turner topless. This was in the paper. It's a screen grab. Cast your eye up to the house in the background. No, not Aidan Turner, the house. There between the down pipe and the shiny shiny modern glass window a boxy, twenty first century, burglar alarm.

No I didn't notice it ether, but I did read an article about the fabulous teeth of the lead characters and how the screenwriter  - congratulations Debbie Horsfield - argued that at least the peasantry should have some visible decay. I think we're all used to the glaring teeth on TV and I can forget most things if the story is good. (Although I was wondering about the bridles). And I thought Poldark with it's galloping and frocks and more galloping and tricorns was actually pretty enjoyable Sunday night fare.

So that got me thinking about the liberties I take with history. I expect most of you know my I am crap story by now, but yes, history lessons and me? Not a good mix. My report for History, aged 14 said;

I did so poorly in what is now Year 9, I was barred from taking the O level. In fact, my mark for the end of year exam was the worst in the year. I am not a historian. So I can be excused if I don't get everything absolutely spot on, can't I?

Well, let me say loud and clear I'm not talking about the big stuff, it's a matter of pride that mostly, nearly, almost, everything is as it should be, is as near to how it was as I can possibly make it. It irks when reviewers argue you got your facts wrong when you didn't.

But I cannot lie. There are times when I have bent historical facts to my will.

In The Curious Tale of The Lady Caraboo, out in July (I am sorry but you'll get a lot of this from me over the next few months) I took a real story and sort of riffed on it. Mary Willcox was real, but the story I've told has meant messing about with her age, shifting the time line around, in order to reference Frankenstein since you ask, and making up people who did not exist. I wanted so to tell her story as a novel but I ended up reshaping (crafting?) and embroidering and downright inventing so much that it is almost complete fiction. There is a disclaimer in the book, so that's OK, isn't it? 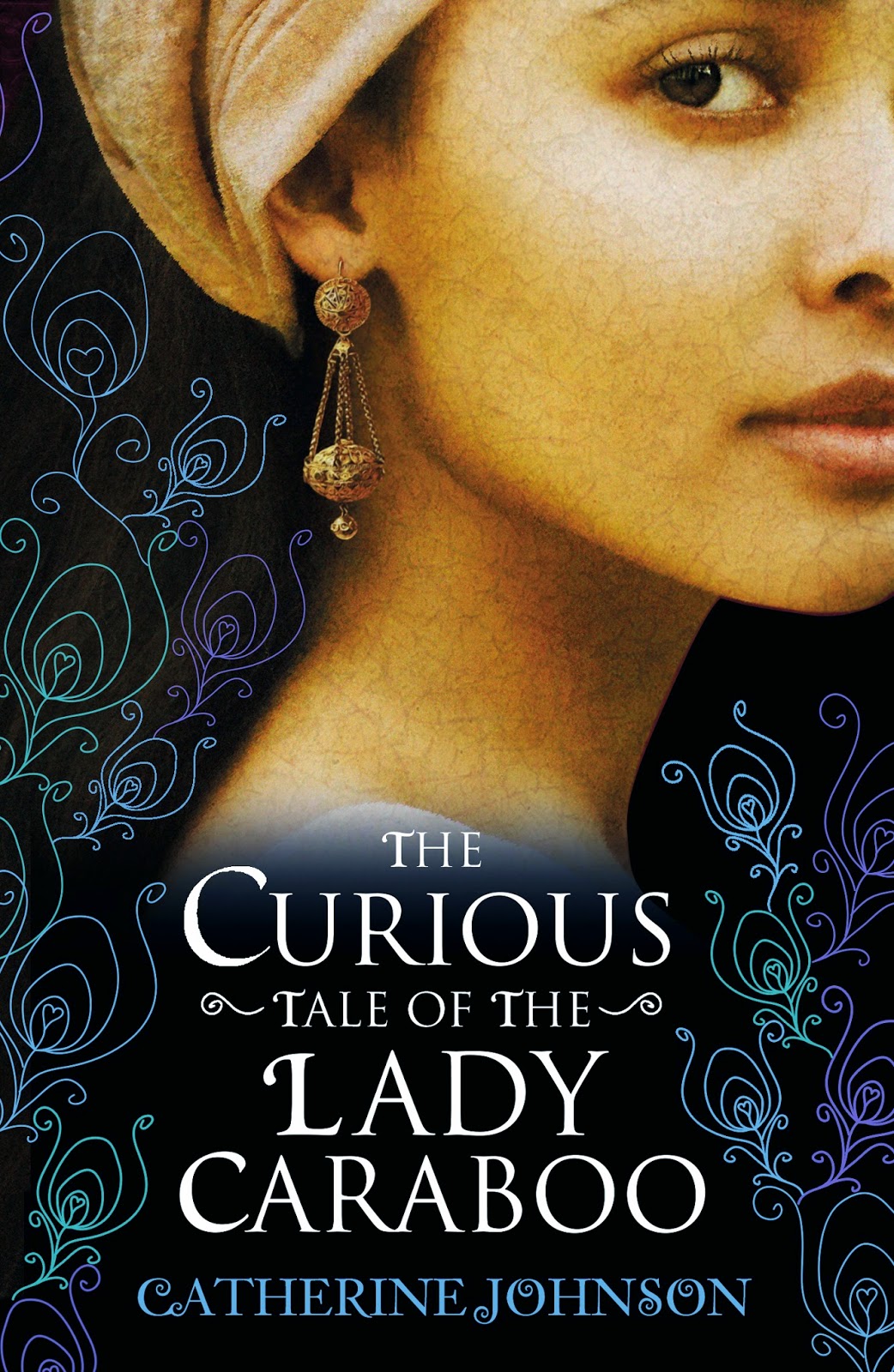 And the script I'm working on at the moment set in the latter half of the eighteenth century. I've stuck to the truth of the background facts. My characters are all inventions, but it could have happened. I'm worried about boats and sailings and desperately making sure it really could have actually worked.

I think that's all I aim for. Could have been. I wouldn't stick Queen Victoria on the mobile phone in the background or put someone in a regency frock with platform heels. I like to do the right thing.

But I have to admit in Sawbones there was one anachronism I couldn't get round. It wasn't revolvers rather than pistols, it wasn't any of the medical science. It was that most unremarkable piece of door furniture the letter box. Paris had them in 1790 but they weren't commonplace (note common place it could be argued that a modern man like William McAdam - my hero's master would have had one fitted) in London until the start of the nineteenth century. I tried to get around the letter box but couldn't. I needed one. So I kept it in. 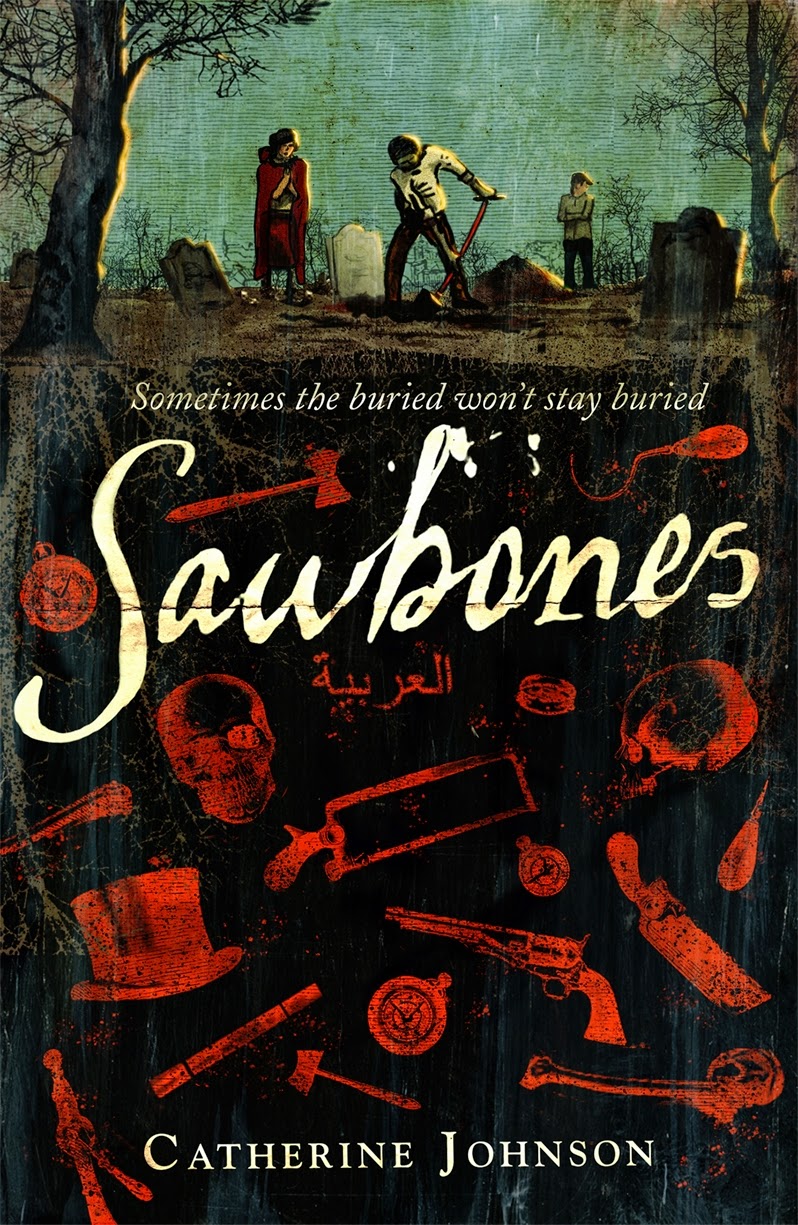 Are there any things in your books that shouldn't be there? Have you noticed anything in your reading that's bought you up short?

When we were shooting All Creatures Great and Small, the time and attention given to the period details was painstaking. I am astounded that neither cameraman, set designer, editor or director spotted the backdrop to that shot in Poldark. This is not at all the same as 'bending' history to suit your story. Even the Bible narrators did that! This is sloppy television production.

Yes, a bit of a BBC gaff there. Maybe they just hoped we'd all be fixated on Aidan Turner...

And all that galloping! When the umpteenth shot of someone galloping against a background of sea and sky came up, we started laughing...

Surely the amount of tooth decay depends on how much sugar the characters could afford? Teeth in the past were worn away by grit in the stone-ground flour - but skeletons from middle-ages and earlier can have amazingly good teeth.

as for owning up to gaffs, I daresay I've made many... I had my 16th Century Border Reiver, Per Sterkarm, completely baffled by a banana, when he's brought forward into the 21st Century. But there has been some discussion, since, about whether or not he would have seen one in his own time. Someone told me that a banana was presented at the court of Queen Elizabeth I (I think.) I maintain: too late, and a long way from the wild Borders anyway.

In my current WIP, Westerners in 1899 traded matches with Filipino tribal people. In a scene where my tribal boy struck a match I suddenly realised that I didn't know whether to describe it as a friction match or a matchbook match. I found my answer after scouring eBay, histories of domestic items, and import-export records from the period. Matchbook matches were a recent invention in the West but all matches imported to the Philippines came from Japan. Friction matches! I got so much satisfaction out of learning that, despite the fact that it was hours of research for one tiny scene. But yes, though I had to do a LOT research on my subject, I still had to make up loads of things to fill in the blanks. Thank you for the relevant post and yes, I really enjoyed Poldark.

I've made minor mistakes in mine, especially The Lady in the Tower. I was less familiar with the Tudor era that any of the other time periods I've written about. I loved Poldark, even the galloping and especially the gratuitous beautiful scenery (and no, I'm not talking about Aidan Turner). I did think some of the characters had horrific teeth. But they always give them to the villains not the heroes.

There should be a word for that huge personal satisfaction-surge when you've followed the research hither and yon and get that tiny historical detail dead right. There are many joys to research, but that's got to be a biggie!

Great post, Catherine. I also found the peasants' glaring white teeth distracting but not as much as Julie Christie's 1960s hairdo in Doctor Zhivago or the nuns' plucked eyebrows in The Flying Nun. As a good little Catholic boy I found that disturbing, lol.

Recently read my teenager's copy of Sawbones - a great read - and remember the importance of the mail through the door to the story. So I had to chuckle at your time-shifting of letterboxes.

Candy your WIP sounds fascinating! Looking forward to it xx

For me it's men's garments in the late 12th-early 13th century. I know from research that a lot of people think that no-one wore trousers as we know them. But...! The evidence we have of men wearing chausses - those natty items which look like rather butch stockings, for those not so immersed in the medieval as I am! - is skewed to the upper classes. Moreover, there are no descriptions of 'fashion', per se, in this period, maybe because the rampant inflation meant that everyone was too busy making ends meet to worry about new styles, or just didn't have the money. I was also fascinated to learn that no archaeological finds are of poorer cloth, only silk. And even more telling, to cut hose or chausses you HAVE to cut them on the bias of the cloth or they just roll up into knots when you wear them, meaning that they were very wasteful of material. In a time when even buying food was a struggle it made sense that people would make clothes which were much more efficient of cloth. And finally, there have been no chausses found for the period I was looking at, they are all 20 or 30 years later at the very least. So that made me think that the average bloke in the 1190s or 1210s was hardly going to go out to plough the field in February/March with just his undies to keep his privates warm! I mean, you wouldn't, would you! And the images of poorer men in things like the Lutterel Psalter show them in gussetted braes. So if you could have a gusset in the undies, why not in the outer garments? Slightly earlier there is definite evidence of trews in the early medieval style, so I bit the bullet and had my ordinary men well wrapped up - especially when riding! Since I'm not writing about the court of the time, it seemed a reasonable thing to do. I'm sure someone will take exception to this, but I think it's a reasonable thing to do.

*whispers* Just fyi there was no burglar alarm in the show. Honest. This was an on-set photo, not a screen grab. Sure, it should have been picked up by the publicity department, but I'm feeling really sorry for the crew who are getting an undeserved roasting on social media. *sneaks back out*

Oh then I'm very sorry. And tbh it doesn't bother me if the story and the foreground stuff is good. I didn't notice it at the time. Poor crew

Chausses are the high status jobs for indoors and parties - so I found out from my own delving. Hose are the everyday kit of more bog standard material. There have been finds of hose or hose pieces from the 12th and 13th centuries and one sees illustrations of ordinary folk wearing them. But the Vikings certainly wore all in ones, so you pays your money and makes your decision. Economy wise, you can patch and replace hose more economically than trousers - just replace one leg if necessary!
I have sometimes included things that I discover later weren't around in my period (11th,12th and early 13thc) such as an hour glass or the continued manufacture of pattern welded swords in Northern Europe, but I've not lost sleep over the fact. If I had known at the time, I probably wouldn't have used them.
I enjoyed the post Catherine and am loving Poldark too!