'Will You Still Feed Me When I'm 64?' by Karen Maitland

You can’t open a British newspaper at the moment without finding some article about retirement
pensions – how the newly retired are suddenly going to start blowing their pensions pots on cruises, drinking and gambling, or the pension schemes that are going to collapse. One newspaper recently printed an illustration of pensioners queuing to get what the newspaper called the First Old Age Pension introduced in 1909. (Depressingly, it looked much the same as the Post office queue today) But in fact pensions are not a 20th century invention.

During the Middle Ages abbey, monasteries and nunneries realized there was ready money to be made by selling corrodies. A lay-person would pay a lump sum of money or sign over a parcel of land to a religious house. In return, the monks or nuns would undertake to care for that person when they became aged or infirm, either by housing them in special lodgings within the monastery, or by delivering meals, fuel, clothing and medical treatment to them in their own homes. Just like modern annuities, they tried to calculate how long a person would live and therefore how much it would cost to keep the corrodian, and set the price of the corrody accordingly.

Employers would often reward a faithful servant by buying a corrody for them or even promising a corrody in lieu of proper wages. Better-off individuals, such as merchants, would buy one for themselves and their spouses when they were in their prime, as an insurance against their old age. Of course, the corrodian would gamble on living long enough to get back far more than the sum they had originally paid, while the religious houses prayed the corrodians would die quickly, so they could make a profit. 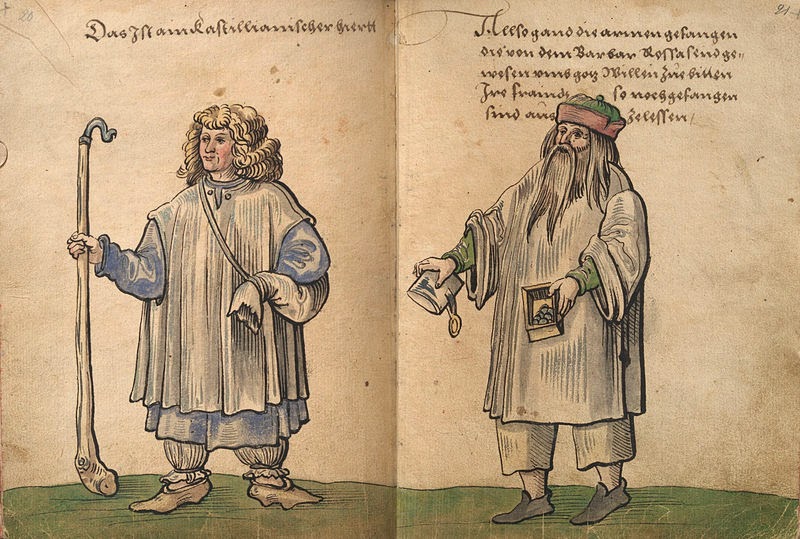 Religious houses often used corrodies to raise money for building work, to buy a new relic or even to replenish the abbey’s wine cellars, only to find themselves crippled by the cost of providing for dozens of elderly people some years later. Since, not all the monks and nuns were quite a saintly as one might have hoped and it is not hard to imagine that this might have led to a few of the infirm and elderly being helped into the next world, before their appointed time, if abbey coffers were running low.

There are many accounts of widows and widowers becoming nuns or monks in their old age ostensibly to prepare their souls for the afterlife, but a welcome bonus would have been the care they would then have received within the religious community. For some this was the start of a whole new career after retirement and they rose to become abbots and abbesses before they died.

Although many people died young in the Middle Ages through disease, accidents and warfare, others lived to a ripe old age especially in the religious orders. Gilbert of Sempringham (1083-1189), who founded the Gilbertine Order, must have been still pretty lively for he was 85 years old when some lay brothers accused him of serious sexual crimes, accusations against which which he robustly and successful defended himself. 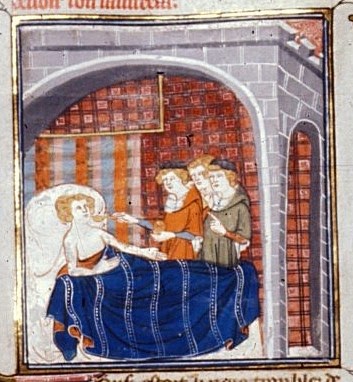 Another form of pension open to a lucky few, were the alms houses endowed by the wealthy in which housed and provided for a set number of poor men or women of good character. John Estbury founded one for men in Lambourne, Berkshire before his death in 1507. In return for bed and board, the beadsmen had to undertake not only to recite daily prayers, psalms and the Office for the Dead in the parish church, but also to gather round Estbury’s tomb at noon every day after Mass and say the Paternoster, Ave Maria and pray for his soul – the medieval equivalent of the modern old-folks home sing-along, ‘It’s a long Way to Tipperary.’


Of course, one of the terrible consequences of the dissolution of the monasteries under Henry VIII was that not only did many former monks and nuns, lay-sisters and lay-brothers find themselves destitute in the old age when they had always believed they would have life-long care, but those ordinary citizens who had invested in a corrody for their old age, suddenly found their pension pot had vanished. Some monks and nuns, if they renounced their vows and signed over their religious houses to the state, were granted a stipend, but often lay-brothers were dismissed with nothing.

Those who found themselves in this position might well have prayed to St Antony of Padua for help, for despite dying aged only 36, he is the patron saint of the elderly because of his devotion to the starving and needy. By a happy chance, St Anthony is also the saint you pray to in order to ask him to restore lost things, because a novice once borrowed his psalter without permission and was haunted by frightening apparitions until he returned it. So, St Antony might be persuaded to haunt a few pension fund managers for you.

St Anthony was the patron saint of the old BECAUSE of his devotion to the starving and needy...That's a bit scary.
Thanks for this - very interesting, told me several things I didn't know, and clarified a few others.

I'd never realised those other aspects of the dissolution of the monasteries - thanks for posting!

So interesting. I knew these various kinds of care went on, but not so explicitly - nor that new/old word "corrody". Thanks, Karen!