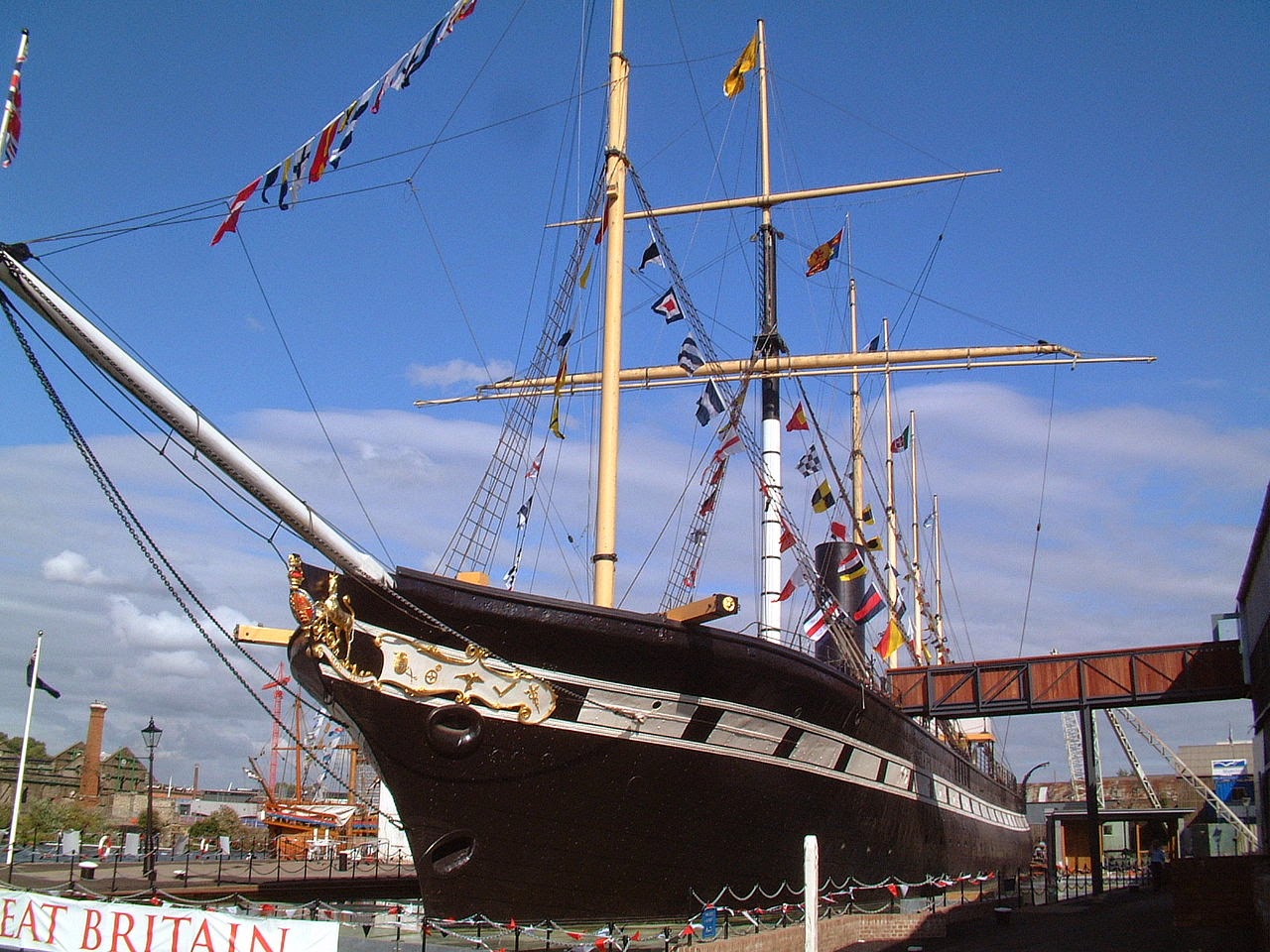 So we were sitting, just us two, tucked into the cosy corner of a pleasant dockside pub in Bristol, looking forward to a good chat over a hot meal before heading out into the frozen grey February air to visit Isambard Kingdom Brunel’s marvellous ship the ss Great Britain. Nothing could have been nicer. Or it would have been, if it hadn’t been for the over-energetic conversation of the three people at the next table: a man, rather full of himself – and two admiring women. The man held forth, the women chipped in, adding supporting anecdotes. Their voices were penetrating. It was impossible to ignore them. We tried to talk between ourselves, but every attempt failed. We were being drowned out.

The man was going on about Iraq and Syria and Jordan and ISIS. After some time he got off the atrocities and moved to the jocular.  ‘… And you know, some people really are called that? Isis - it’s a real name? It’s the name of one of those Egyptian gods? There was this thing in the paper about a baby called Isis, they were wondering if they ought to change her name. And they could, you see, but it would all depend on what her brothers thought. There were three of them, one called Al, one called Kye, and one called Ida.  Ha ha ha!’  Both women laughed heartily. The man leaned back. ‘But that other disaster, the one in Glasgow, the bin lorry that ran away and killed that family. I don’t know what that was all about, the driver says he had a heart attack or something…’

On it went, and on. Ghastly tragedies treated as lunchtime snacks. Our quiet meal was being ruined. D. muttered, ‘It’s like sitting next to a whirlpool, I keep being sucked in sideways.’
‘Maybe we should start a whirlpool of our own,’ I said.
We eyed one another.
‘So,’ he said. ‘Who would have thought they could have kept the old lady locked up in the attic for three years?’
‘Terrible,’ I agreed. ‘The family tried to hush it up, but it was a shocking business.’
‘And feeding her on nothing but raspberries and brandy, all that time.’
‘To be fair,’ I said, ‘that was all she would eat. She’d insisted on that diet herself. She really could be very difficult.’
‘She was mad, of course.’
‘She was by the end of it.’
‘And then it all came out.’
‘It had to,’ I said, ‘once the neighbours reported the screams. There was money involved, I suppose?’
‘An inheritance,’ he said dourly. ‘All the money from the sheep-frogging empire her great-grandfather established.’
‘Remind me what that was?’
‘They were trying to make woolly jumpers.’
I choked and recovered. ‘No no, that was just an old joke. I’ve remembered about it now.  It was a new technique of twisting wool into a special thread to make the braid, you know, that was used for decorating Army dress uniforms.’
‘Frogging!’ he said, enlightened. ‘Of course!’
‘Yes, for the Hussars and the other regiments. It was a very important business. In the end they were supplying the whole British Army. The family had mills all over Lancashire and Yorkshire. It all started in the 1840’s. Obadiah Blenkinsop was the founder. He was well thought of.’
‘He was a tight-fisted man, a pillar of the Church.’
‘Very moral. He built one of those model villages for his factory hands to live in.’
‘Like Saltaire.’
‘Yes, but this was on the Calder. Unfortunately, he took his obsession with social engineering a little too far –’
‘He wanted to lower birth rates. His employees weren’t allowed more than three children per family.’
‘That’s right. He had little flaps, like cat-flaps, built into the houses so he could spy on his workforce.  They were called Blenkinsop’s Peepholes. Stewards would go the rounds at night to check that no hanky-panky was going on…’
‘If a family had more than three, the spare children would disappear into the mills.’
‘Cruel times.’
‘Fatal. All that dangerous machinery…’

The two women at the next table were still chattering blithely, but I’d noticed that the man had for some time been strangely silent. At this point he pushed back his chair and disappeared to the Gents. When he came back:

‘You’ve heard about the race to register the patent?’ D. asked me.
‘No, tell me!’
‘You see, Brunel had independently come up with an invention very similar to Blenkinsop’s Sheep-Frogger. The two men found out about it over dinner at a London club, and came to a gentleman’s agreement. They were to race one another to London by canal boat, one travelling along the Grand Union Canal, the other down the Kennet and Avon. The finish was the Patent Office at Somerset House on the Strand: whoever got there first would register the patent. It took weeks.’
‘What happened?’
‘It was a very close thing.  Blenkinsop was ahead, but as he was hurrying along the Strand he happened to look back – and there was a tall stovepipe hat, wagging along above the crowds in hot pursuit.’
‘Brunel’s trademark!’
‘Of course. It must have been a bad moment for Blenkinsop. He put on a spurt, but the two arrived almost simultaneously at Somerset House – only to find the gates shut. Neither of them could get in. There’d been a quarantine order slapped on all foreign patents…’
‘Ah,’ I broke in, ‘that must have been in the middle of the Great Tapioca Epidemic of 1842 –’

But we shall never know more. At this point the three people on the table next to us paid up and departed, and we were left alone to laugh. 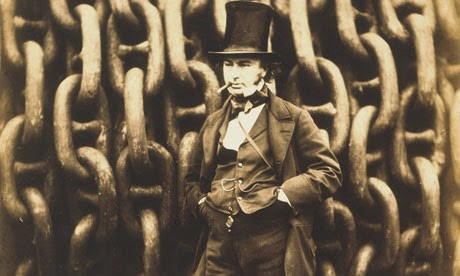 Oh that's rubbish - Brunel would have been in the lead!

Hurrah! Clever stories fight stupid stories AND WIN! Thanks for doing it, and sharing it -

Thanks all! We felt the approving spirits of Joan Aiken and Jan Mark hovering around us as we spun this yarn! (and recommend Jan Mark's brilliant 'They Do Things Differently There' to anyone who's enjoyed this and hasn't read that.)

Pedantic note: it's 'ss Great Britain' not 'SS GB'. I learnt that when I was writing 'Emily's Surprising Voyage', which was set on the ship. It still looks odd now, but if you look on all the signage, that's how it is.

Lovely! I agree with Sue P mind; Brunel would certainly have won...

Wonderful! Will definitely have to try that tactic if I'm ever in that situation myself.

Obadiah Blenkinsop may have been fast and determined, but Brunel would have had steam-powered roller-skates of his own design.

I like that. Little brass ones, perhaps, powered by methylated spirits.