Taking to the Air: More joys of research by Christina Koning 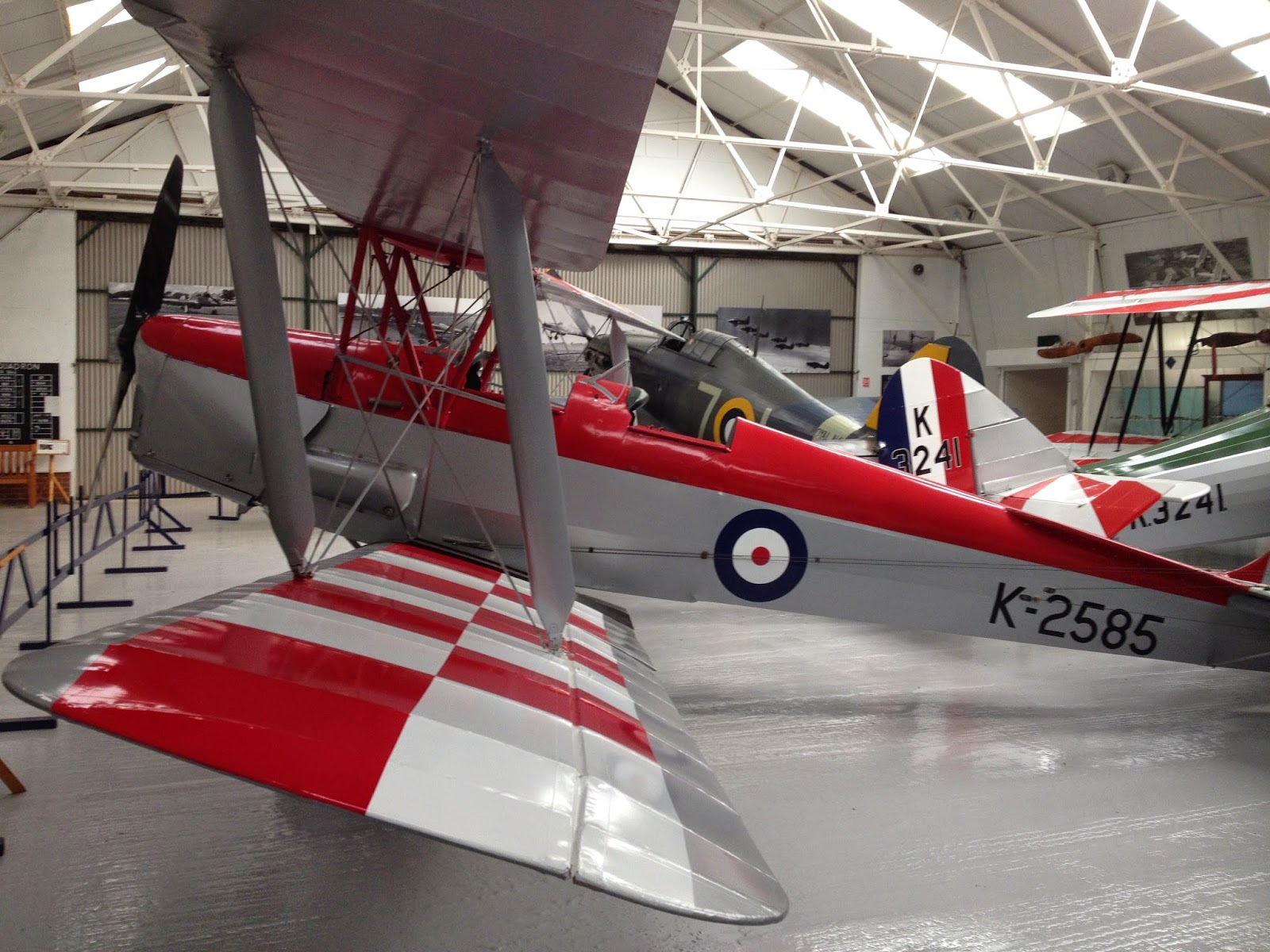 As aviation features in my forthcoming novel, Time of Flight - the latest in a series of detective stories, set in the late 1920s and early 1930s - a visit to the Air Museum at Shuttleworth in Bedfordshire seemed imperative. Here, a marvellous collection of vintage aeroplanes - some dating from before the First World War - is to be found. Everything from a 1909 Bleriot XI (the oldest plane in the collection) to the relatively modern Tiger Moths, DH Comets, Sopwith Pups, Avro Tutors and other magnificent aeroplanes of the period, is on view in a series of hangars, through which one walks in ever-increasing awe. 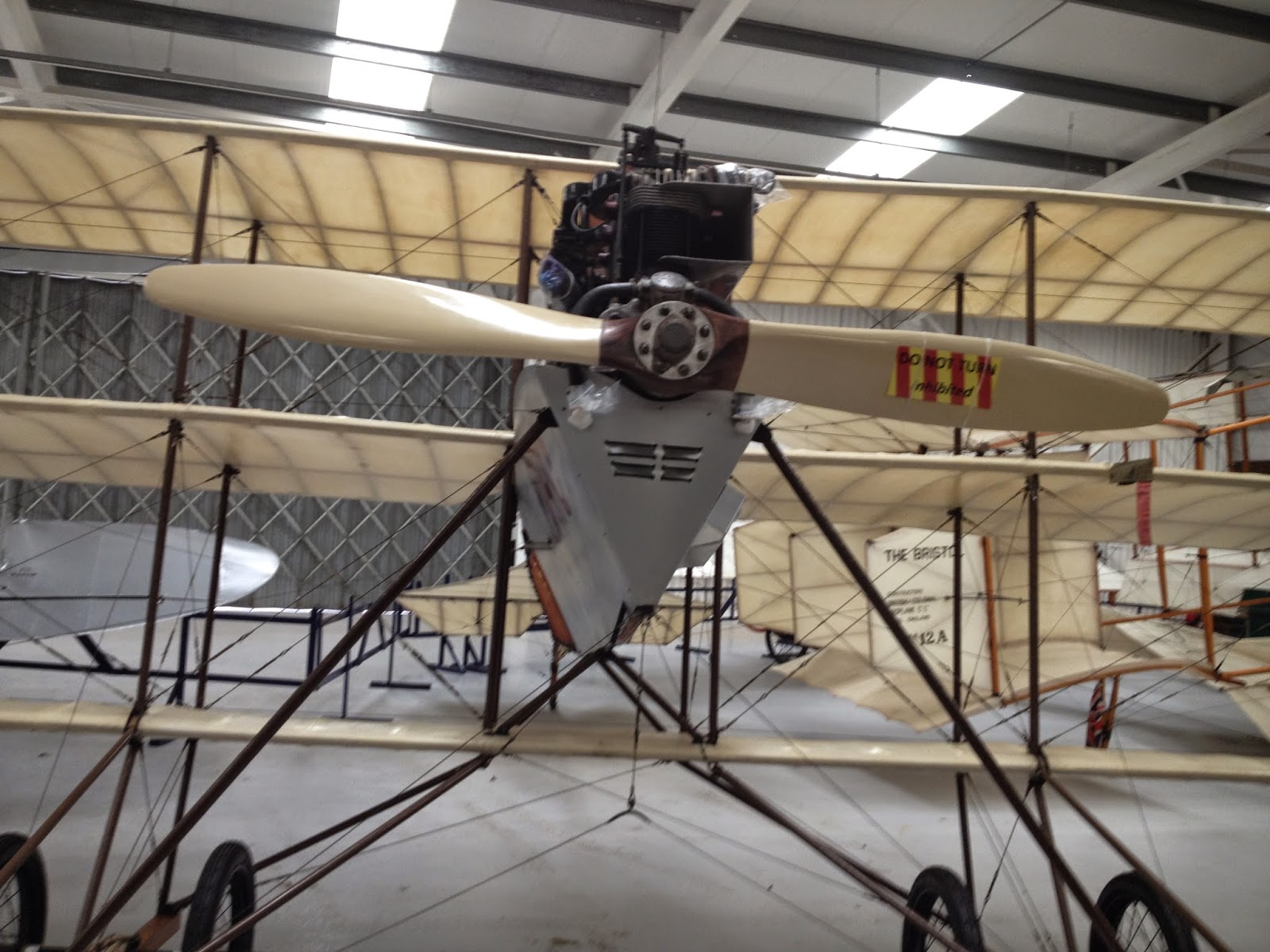 The thought that anyone ever managed to get these beautiful but undeniably flimsy-looking machines to fly is astonishing enough; the fact that they are still flown, eighty or a hundred years later, beggars belief. But the museum regularly puts on Air Shows, at which these splendid old aeroplanes take to the air. Included in the collection are gems such as a 1912 Blackburn Monoplane (the oldest aeroplane still flying), resembling nothing so much as a gigantic child’s toy, made out of paper and string, and a 1910 Bristol Box-kite, which looks almost too unwieldy to fly. Aeroplanes were still being constructed out of wood and canvas (actually Irish linen, covered with ‘dope’, or glue, to make it watertight) well into the 1920s, when metal fuselages became the norm. 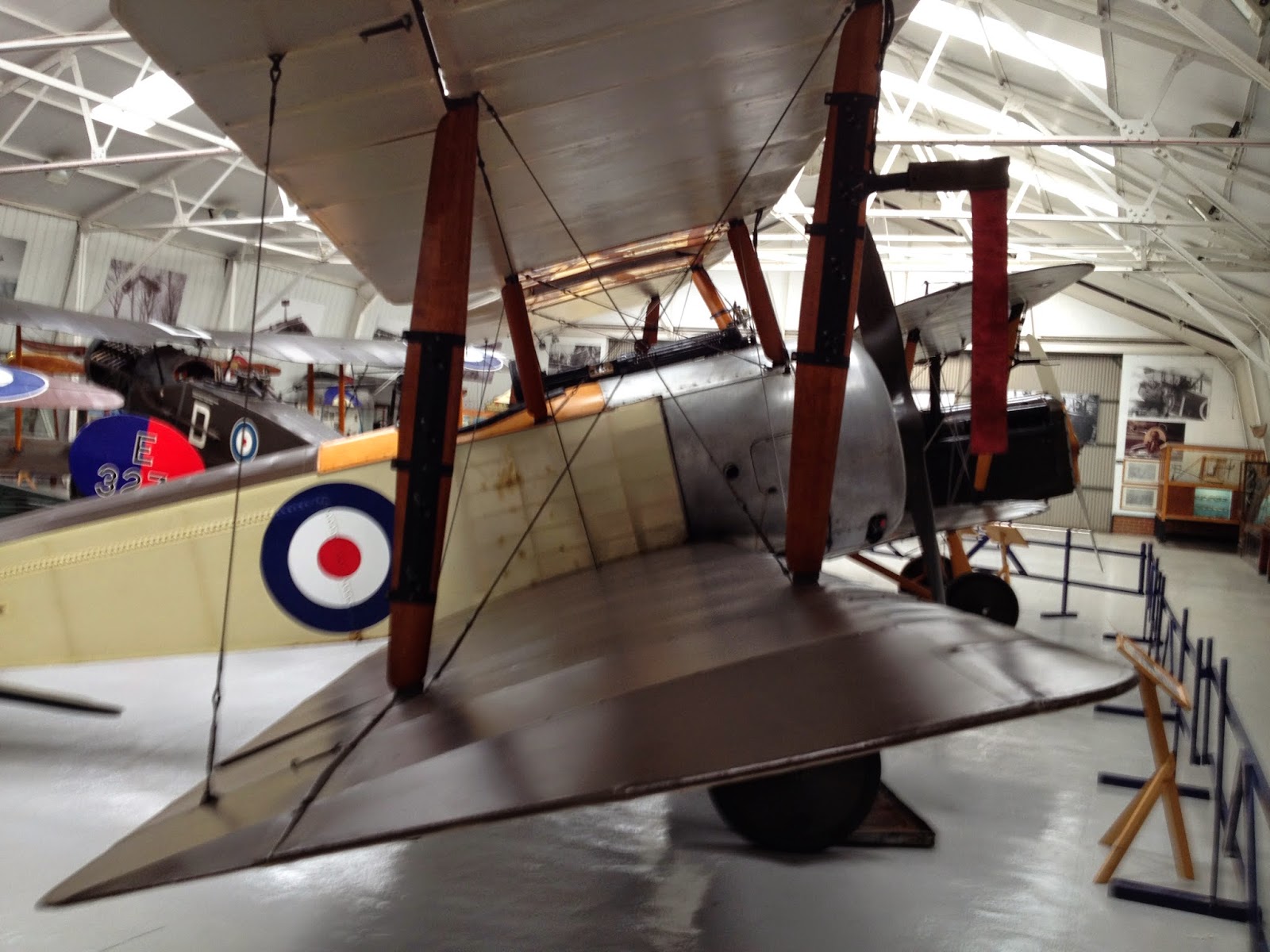 This 1916 Sopwith Pup is one of the aeroplanes flown by pilots of the Royal Flying Corps (later the RAF), during the 1914-1918 war. To the dangers inherent in flying such machine through strafing ‘ack-ack’ fire, and the difficulties of keeping a steady enough path for your gunner to direct his own fire at the enemy, was the fact that none of the British ’planes carried parachutes. It was thought that these might encourage cowardice - and a readiness to jettison an expensive machine, by ‘baling out’ too soon. No wonder most pilots carried a revolver with them, to avert a still more terrible death…

Since my story is set in 1931, I was particularly interested in the ’planes of that era, which seem wonderfully sleek and streamlined, by contrast with the First World War models. Here is a 1931 Tiger Moth (also featured above), developed from the popular De Havilland Gipsy Moth for use as a racing machine. 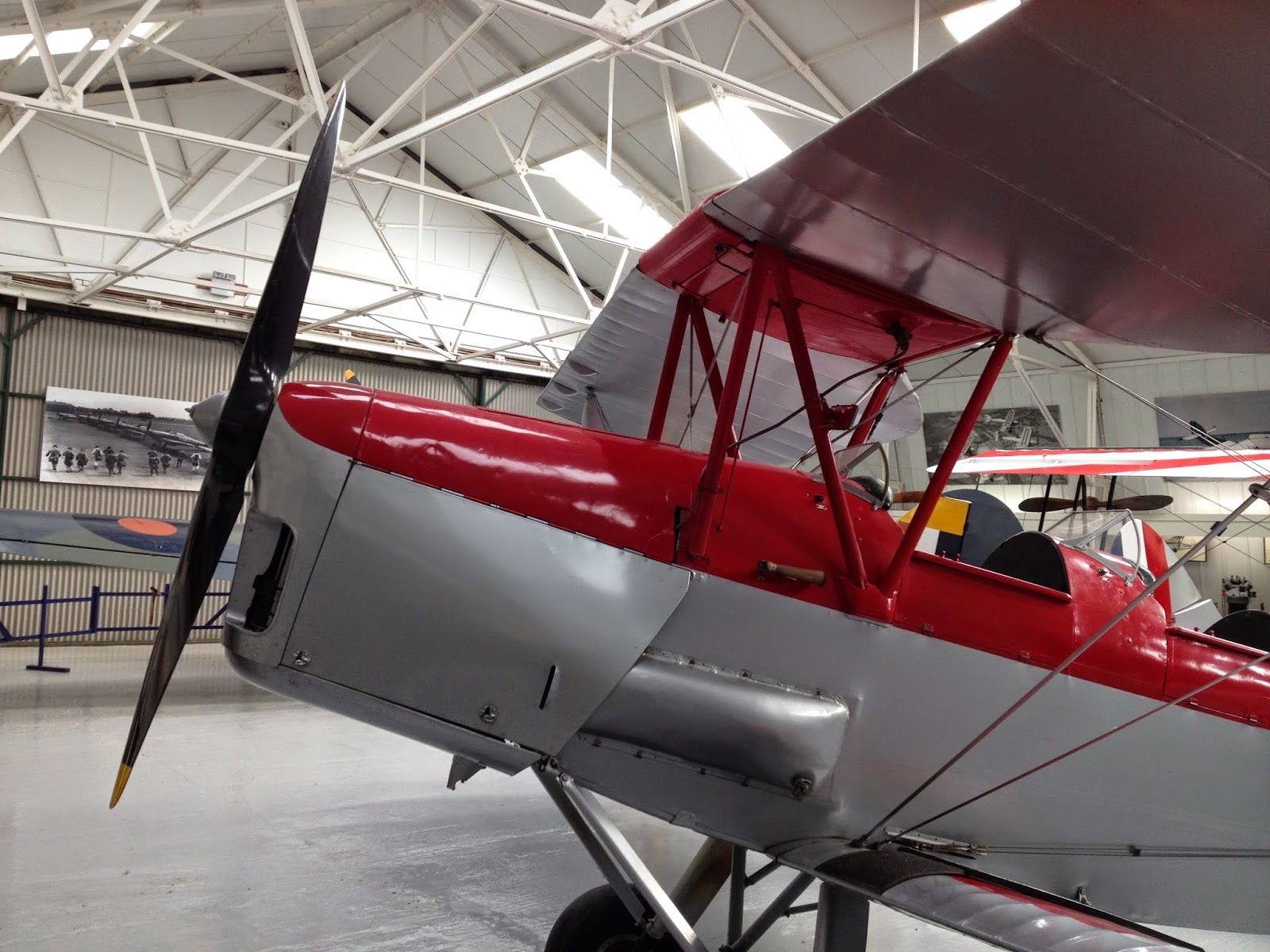 And here’s a 1931 Avro Tutor, which, with its ease of handling, would have been ideal for anyone competing in one of the numerous Air Races, such as the annual King’s Cup Race, or the Schneider Race. Flying during the 1930s was a hugely popular spectator sport. Inspired by the record-breaking flights of aviators such as Charles Lindbergh, Amy Johnson, and others, the public of the post-war era found itself becoming increasingly ‘air-minded’, with people being encouraged as a matter of government policy to take to the air. This seems an almost inconceivable attitude today, when we are being encouraged not to fly, and the horrors of climate change are what one thinks of first, when one thinks of air travel. 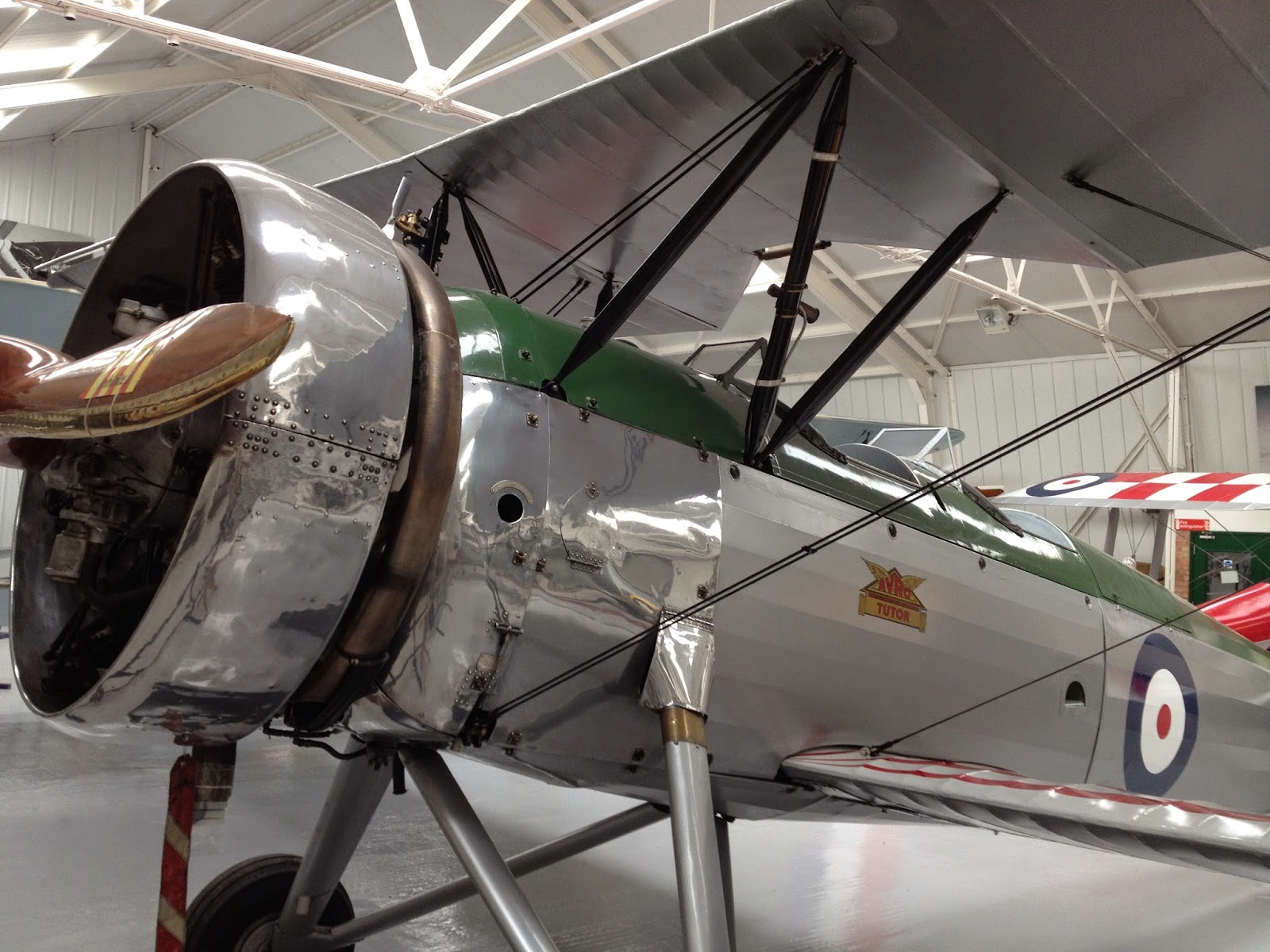 But no such qualms troubled the ‘Golden Age’ of flying. And, in that spirit, one can set one’s twenty-first century misgivings aside, and just enjoy the collection for what it has to offer to the enthusiast - or to the novice, like myself. It was started in the 1930s by Richard Ormonde Shuttleworth, a wealthy young industrialist and landowner, who indulged his passion for speed and state-of-the-art technology by competing in any race going, on land or in the air. 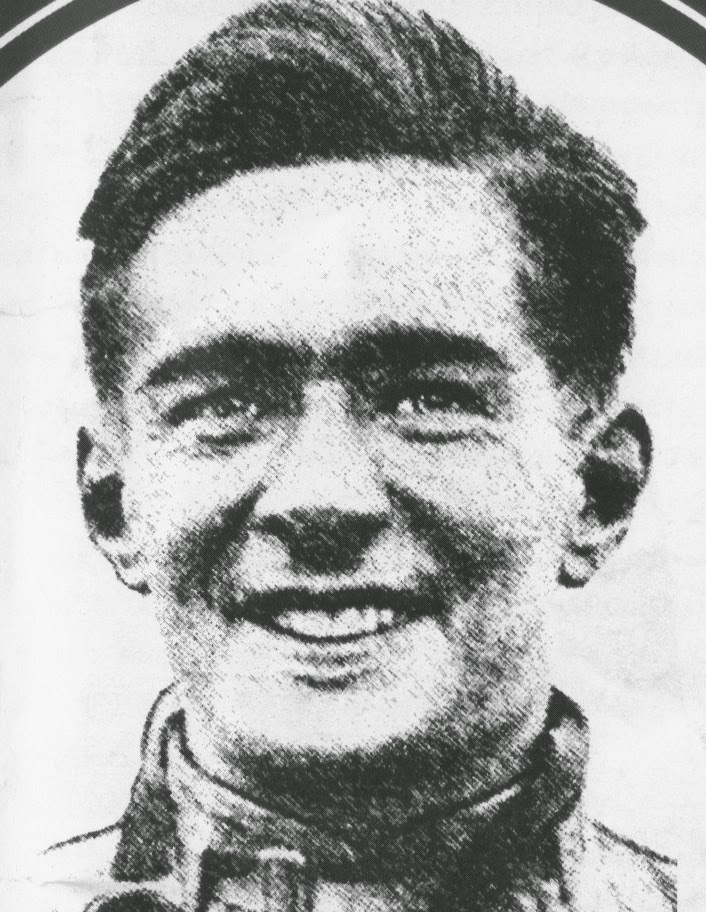 Obviously something of a daredevil, Shuttleworth amassed a collection of racing cars, including Bugattis and Alfa-Romeos, in one of which he won the first International Grand Prix at Donington in October 1935. Flying soon overtook motor-racing as Shuttleworth’s chief enthusiasm, and, with his friend George Stead, he flew his Comper Swift aeroplane 6,000 miles in order to compete in the Viceroy Trophy Race in India. Shuttleworth’s meteoric career was brought to a tragic end when he was killed piloting test aircraft during the Second World War. His remarkable collection remains - a testimony to the bravery and occasional foolhardiness of ‘those magnificent men…’ (and women) in their flying machines. 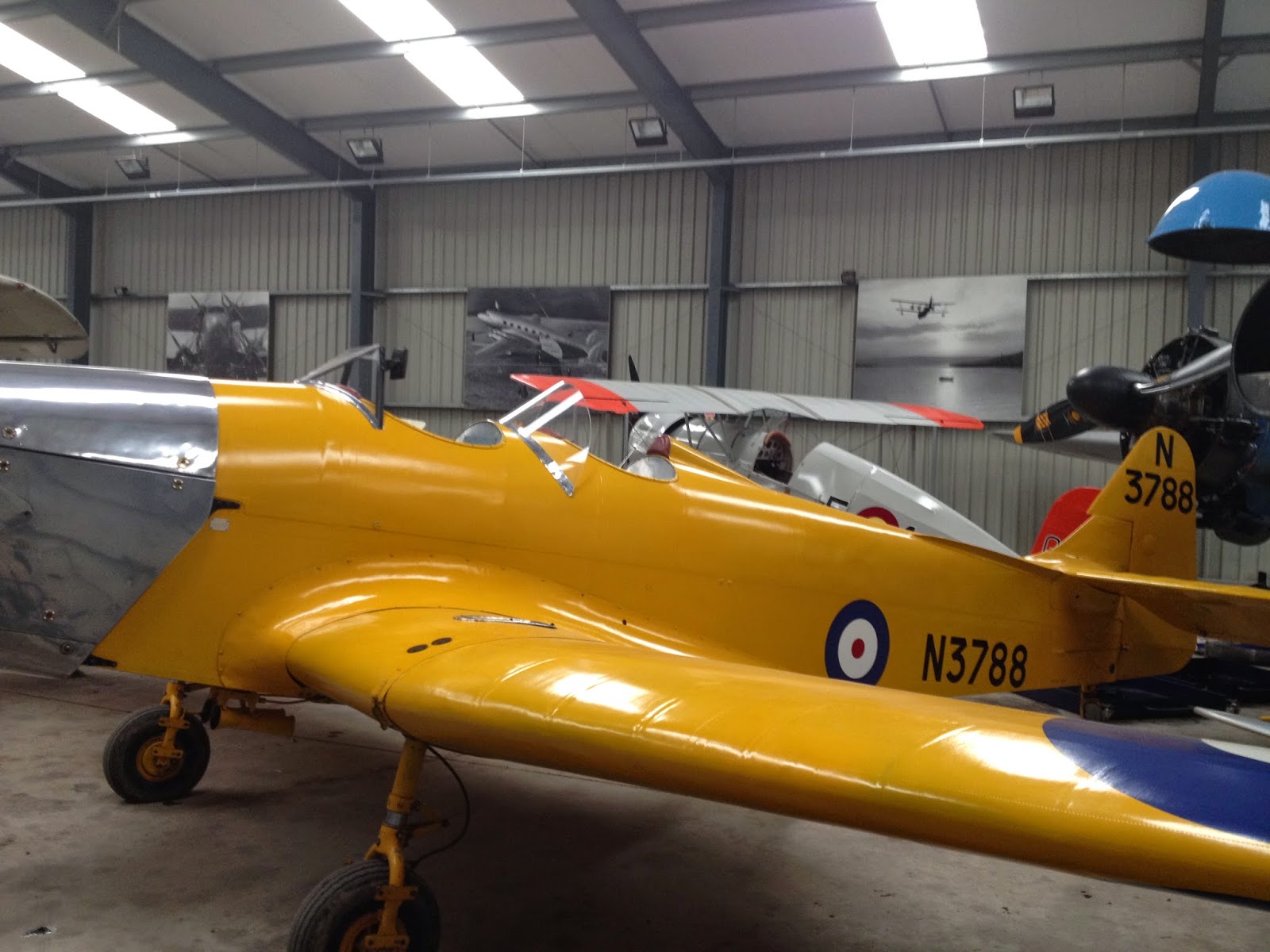 Very interesting post Christina. It reminds me of my grandmother (born 1899) telling me that as a little girl she remembers her grandfather watching the first experiments in flight and saying that they'd never get the vehicles properly into the air!

I'm a huge aviation buff but I didn't know about the "no parachutes" bit. Wow!

What book/series is this for? I searched Goodreads but didn't see a mystery series by you. I'd like to know, thanks.

Oh, NM. It's a history series? I think I found them.

Hi Tara, yes it's a series set in the 1920s & 1930s - the first 'Line of Sight' was published last year, and the second 'Game of Chance is out next month. The aviation one, 'Time of Flight', is still being written!

Loved your grandmother's anecdote, Elizabeth. And I think your great-great-grandfather had a point - how do aeroplanes stay in the air? I've never really understood...