The Zone of Interest by Martin Amis 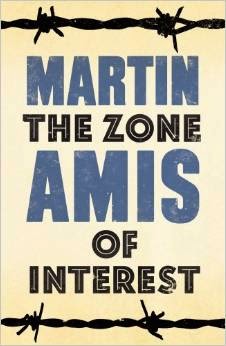 The Zone of Interest is a terrifying book by a writer who inhabits his subject with passion. The foul details of the Nazi death camp at Auschwitz Birkenau (called Kat Zet in the novel), are gut churning in their reality. Only the sickest imagination could have conjured up the scenes Amis portrays, but no imagination brought them into being. This is not a fantasy. The horrors are real. The Zone of Interest is a historical novel, written with respect for its terrible subject.

There are few linguistic fireworks in this book, and the writing forbears to draw attention to itself. Any humour is subtle, and arises from the manifest absurdity of the Nazi project and the monstrous buffoonery of the camp commandant, Paul Doll.

But The Zone of Interest is also a love story, and the reader is forced into feeling some empathy for the main character, Angelus Thomsen, the nephew of Martin Bormann, a cynic and womaniser who becomes disenchanted with the Nazi regime as he becomes erotically obsessed with Hannah, the camp commandant's unhappy wife.

The character of Szmul, the head of the Jewish Sonders, whose job it was to clear away the ghastly remains of the murder machine, remains understandably more opaque. There was a place here where even Amis did not dare to go.
The subject of the Shoah has been treated in recent novels with sentimentality that belittles the horror. It is a subject that deserves only the greatest reverence and respect which Martin Amis accords it in this unforgettable novel.


The Lie by Helen Dunmore 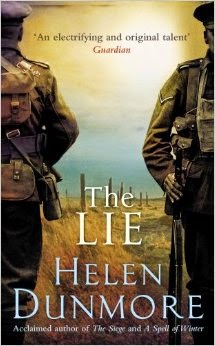 In The Lie, set straight after the First World War, Helen Dunmore delves with great sensitivity into the enduring trauma of guilt and grief that so many survivors had to suffer.

Daniel Bramwell, a young man without a family, returns to his native Cornwall for want of anywhere better to go. He is given a rudimentary shelter by Mary Pascoe, an old woman in her last illness, and he sets about growing vegetables on her patch of land. When she dies, he follows her request and buries her in her own garden. The small lies that he is forced to tell become greater and greater and soon dominate his life.

Suffering from guilt and shell-shock, Daniel is haunted by his memories, particularly by his failure to save the life of Frederick Dennis, his childhood friend and "blood brother" who had become his commanding officer. Frederick appears to him in nightmares, reeking of earth, "exposed in all its filth, corrosive, eating away at the bodies that had to live in it."
But there is more than horror in this novel. There is tenderness in Daniel's care for old Mary Pascoe, in his attempt to bring her garden back to life, and above all in his growing friendship with Felicia, Frederick's sister, who is herself wounded by grief and loss. 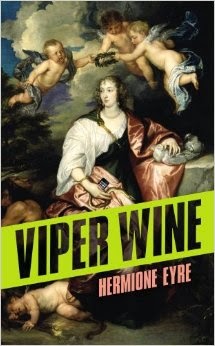 Venetia Stanley was one of the great beauties of Charles 1st's court. Painted by Van Dyck and celebrated by Ben Johnson, she had all the star quality of a Marilyn Monroe or Lady Diana of a later era. But as she reached middle age, and her beauty began to fade, she went to desperate lengths to try to preserve it, recruiting the charlatan physician Lancelot Choice and becoming addicted to his potion, Viper Wine.

There's a terrific verve to this exuberant and inventive novel which hurtles along at a thrilling pace, sweeping into its embrace great characters from Charles 1st's court, such as Venetia's husband, the alchemist Sir Kenelm Digby, Cornelis Drebbel, the eccentric inventor who launched a submarine into the Thames, other great beauties at Court, notable lords of the time and King Charles and Queen Henrietta Maria themselves.

Opinions will be divided on the eruption of the twentieth century into the text, via special powers enjoyed by Venetia's husband Sir Kenelm, but they are all part of the fun in this youthful and hugely enjoyable novel.

In the Wolf's Mouth by Adam Foulds 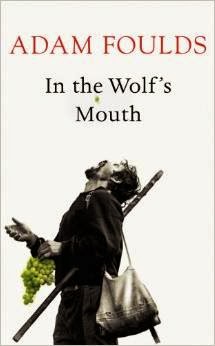 A new novel by Adam Foulds is to be keenly anticipated, and this one fulfils all expectations. His spare, sharply observed writing brings to life a moment in Sicily at the end of the Second World War, when the Allies unwittingly facilitated the return to power of the Mafia, which Mussolini had strenuously attempted to suppress.

The novel opens on a remote and rocky hillside, where Angilu, a young shepherd, is forced to surrender his sheep to Ciro Albanese, a local Mafioso. The old cards of corruption and connivance are reshuffled as the Allies arrive to liberate Sicily from the Fascists. Will Walker, an English officer, and Ray Marfione, an Italian American soldier, struggle to understand what is happening in the country they are occupying, their efforts impeded by incompetent superiors.

Adam Foulds has spun an intricate web of lives, in which the forces unleashed by war draw everyone out of their familiar worlds. Forced to operate in strange and shifting circumstances, the characters each bring with them the baggage of the worlds from which they come, and inevitably collide in misunderstandings. 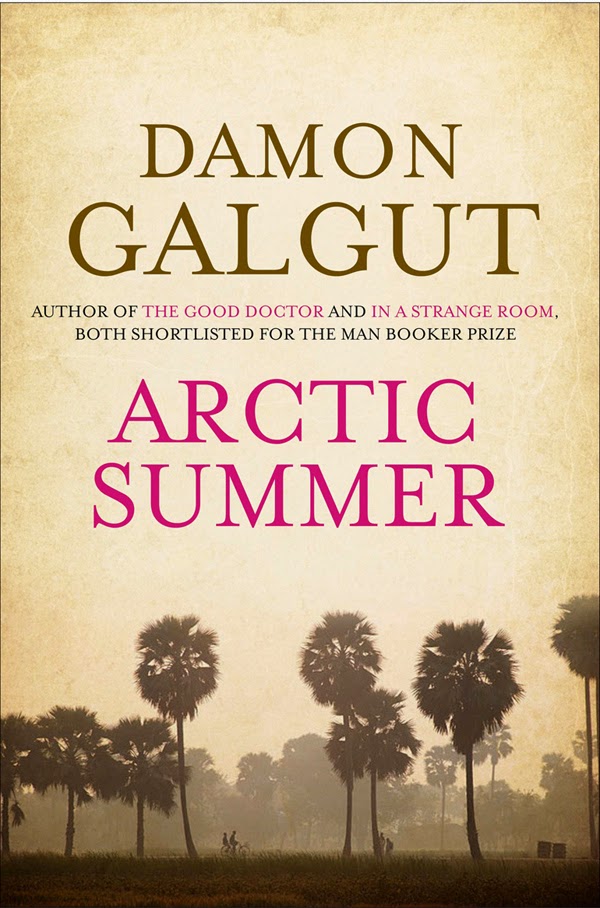 Arctic Summer is a book of profound compassion and sensitivity. It recreates the inner life and emotions of Morgan Forster (E.M.Forster), his yearning for romance and affection, and the lonely agony of being homosexual (a "minorite" in Forster's words) in a hostile and unsympathetic world.
The book draws heavily on Forster's own diaries and letters and Galgut's depth of research is impressive, but it is a novel, not a fictionalised biography. The long, unproductive years between Howard's End and A Passage to India are fully imagined, and the characters who inhabit Forster's life and emotions are vivid and touching.

The novel follows Forster's slow progression towards the writing of A Passage to India. He embarks on a journey to India to visit his Indian friend Syed Ross Mahmood. His love for Syed is unrequited, and this is a relationship that can never satisfy him. There is more affection in his affair with an Egyptian tram conductor, Mohammed el Adl, and the scenes in both India and Egypt are vividly evoked.

It was on his second visit to India that Forster began to understand the corrupting effect of power on love, as he struggles with his feelings for a barber at the court of the Maharajah of Dewas. Galgut shows how Forster's emotional journeys are  preludes to the writing of A Passage to India, surely one of the most profound studies of colonialism, power and love ever written.

A God in Every Stone by Kamila Shamsie 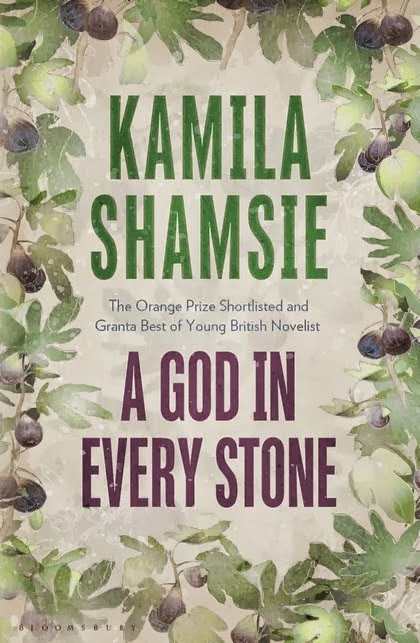 The mark of a novel worth reading must surely be that it plays out a moral argument, and A God in Every Stone achieves this with vigour, passion and style. It careers along with unstoppable momentum, scooping up characters, attitudes, places and ideas and meshing them into stirring political events in Britain, the Ottoman Empire, and India.

The story opens in 1914. Vivian Rose is a young Englishwoman who is in love with Tahsin Bey, a Turkish archaeologist. Following a hint he had sent her, she travels to Peshawar. There her life becomes entangled with two men, the former soldier Qayyum Gul, who has returned wounded and angry from the horrors of trench warfare in France, and his young brother Najeeb.
As the push for Indian independence gathers momentum, the characters find themselves forced to take sides in the struggle. Here Kamila Shamsie shows her true understanding of what it is like to live through violent civil unrest. Events, like shards of broken glass, are fragmentary. They follow each other at frightening speed, and it's only afterwards that the pieces can be put together and some kind of picture revealed.

At its heart this is a story of betrayal, broken loyalties and the crumbling of empires under the onslaught of war, big themes brilliantly illuminated in this ambitious novel. 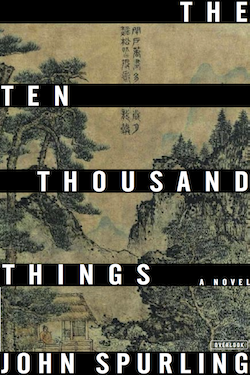 The central character of this mesmerising novel is Wang Meng, a bureaucrat who lived in the fourteenth century during the final years of the Yuan dynasty, as a new Ming emperor swept away the old and brought a new dynasty to power. But Wang Meng was also a master painter, some of whose exquisite landscape paintings are still treasured in China today.

Wang Meng sought a quiet life, wishing to devote himself to the creation of works of art, a process which John Spurling follows in passages of serene beauty. But China is in turmoil and the artist is inevitably pulled into the maelstrom, meeting along the way powerful characters such as the White Tigress, a warrior queen, other master painters devoted to their art, and a restless young monk who will rise to the heights of power. Others spring to life: Wang Meng's beloved servant Deng, Jasmine the good-time girl, and the Emperor Zhu himself.

In spite of the stirring events it portrays, there are no literary histrionics in The Ten Thousand Things. The writing is spare, enriched with perfectly placed details and a vivid sense of place, so that fourteenth century China unrolls before us like one of Wang Meng's painted scrolls.

Posted by Elizabeth Laird at 00:30

Thanks, Elizabeth - good to have your reviews of what sound like some very interesting books.

Thank you so much, Elizabeth. I have just been reading about the shortlist in The Bookseller this morning.

Wonderful post, Elizabeth, about the shortlisted novels. The judges have their work cut out for them!