Here are Hitler's Storm Troopers, marching triumphantly after he was made Chancellor of Germany on the 30th January, 1933. That evening, the young man who became the distinguished writer Sebastian Haffner, (his real name was Raimund Pretzel), read the headline: 'Cabinet of National Unity formed - Hitler Reichschancellor.'

His first reaction was 'icy horror'. Then he sat down with his father to discuss it. 'We agreed that it had a good chance of doing a lot of damage, but not much chance of surviving very long.. Even with the Nazis, this government would not have a majority in the Reichstag.'
In fact, only three members of the cabinet were Nazis, and Hitler could be dismissed at any time by the Reich President. So though opponents of Hitler were dismayed, they could see reasons for optimism. 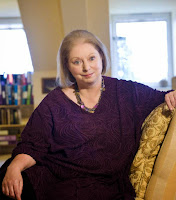 Hilary Mantel has observed that we tend to see history backwards, ie, we know how the story ends, and cannot imagine how the people concerned could fail to see it. But history at the point of unfolding (if you can call it a point, since it is always unfolding) is murky, confusing, and uncertain.This observation is particularly relevant when people look at the Third Reich, an area of history where the desire to exhibit moral correctness frequently trumps objectivity.

What I mean by that is that there is an emotionally-motivated tendency to simplistically divide people into goodies and baddies, even now. I am the last person to dismiss the reality of feeling when looking at the Nazi period and its crimes. My family was too deeply involved and scarred. At the same time, the desire to apportion blame (and therefore somehow to achieve the moral high ground onesself) can distort one's comprehension of those events - and even historians all too often exhibit this tendency.

Looking back now, it seems to me that the four weeks following the 30th January represented a tiny window of opportunity (maybe more of a cat-flap of opportunity) when Germany could have averted Nazi rule. The normal judicial processes were still technically intact; Hitler did not have a majority in the Reichstag, as Haffner and his father observed. Goering had yet to perfect the apparatus of repression, and leftist leaders were still (just) alive and free.

Nor did Hitler have the majority of Germans on his side. The Nazi share of the vote had actually fallen, from 37% to 33% in the November 1932 election. In fact, the Social Democrats and Communists together had 37% of the vote, and could easily have trumped the Nazis, if they could have worked together. But the Communists had their own aims and parliamentary democracy was not one of them.
To the right-wing, aristocratic and elitist parties, typified by the Reich President, the ageing Paul von Hindenburg, the Communists were a horror, and so they plumped for Hitler, believing they could neutralise him. It has to be said that, looking at the near future, civil war was a very alarming possibility; the Nazis and the Communists were already fighting it out on the streets, and so the right wing decided that to take the Nazi leader into the government, under their control (as they believed), was far the safest option.

'How could things turn out so completely differently?' Sebastian Haffner reflected, writing in 1939, when the catastrophe of war was already on the doorstep. 'Perhaps it was just because we were all so certain that they could not do so' (ie turn out as they did) '-and relied on that with far too much confidence.'

This is not to say there weren't signs of what was to come. In what the Nazis called 'the national uprising' the storm troopers attacked their opponents, in particular the Left and Jews, and this began on the night of the 30th January, after the torchlight procession.

I wonder what my grandfather, a young policeman in Silesia, felt on the 30th January 1933? I'd have thought that 'icy horror' would be about right. He belonged to a Social Democratic police association and had refused to join a Nazi one; he had freely said that he couldn't understand how anyone could belong to the Nazi party, least of all a policeman. He knew exactly what the Nazis were, and what they were capable of; brutal thugs, whose riots he'd had to try and keep in order, and if he stopped his men from joining in and beating them up, it was only because of his respect for the law. Immediately post 30th January, though, he still had enough faith in the law to argue with a Nazi-inclined colleague  that a Communist demonstration that had happened locally had been authorised and legal, and should not have been stopped just because there was now a Nazi chancellor.

The issue of legality is maybe why there was no effective resistance to Hitler during those weeks between the 30th of January and the Reichstag fire of the 27th of February, after which terror was unleashed. Hitler was in power as part of Parliamentary process; he had been appointed by the President. To take up arms against him, if you weren't an extremist, would have meant civil war. Ordinary, law-abiding people had had enough of the pitched battles on the streets, the attacks on passers-by, the smashed windows and flying bullets. The last thing they wanted was to escalate the disorder.

Also, nothing quite like Nazi rule had happened before - or not for a long time, at least.The monarchical Prussian/German state, whatever criticisms one may make of it, was largely a state of legality, and even the monarchs were subject to the law. Many Germans - including many Jewish Germans - felt that Hitler would be tamed, his excesses muted, by the responsibility of government and the sheer weight of state structures.


And during those all-too short four weeks between Hitler's rise to chancellorship and the Reichstag fire, people had their own lives to get on with, that tangle of private worries, personal exhaustion, busyness, confusion, and often powerlessness. They had no idea of how short the time was, perhaps never even knew what the opportunity was that they were losing.
I think history is the slow movement forwards of trillions of moments in the lives of the human race: babies are born, fed, cleaned up and winded, washing is done and hung out to dry; a million men and women come home from work, having spent a day servicing the machinery of a world that is maybe heading for disaster; documents are signed that will put thousands of people off their traditional lands (or expedite the deaths of six million Jews), and then the cleaners move in and exhaustedly mop up behind the 'important' people. . You remember something you need for tonight's dinner and get in the car, thus adding your mite to the carbon already in the atmosphere. Or, on a more cheerful note, you decide to walk or bike instead, and thus you don't.
The history of the world is the story of real life in all its mundanity and unclarity, when what is happening to you, what you hear on the news has happened to other people, has not yet got its name and been assigned a page in the history books. It is raw and new. I think novelists and biographers have a unique opportunity to portray this, since we write about how individual humans live history.It's certainly what I tried to do, when I was writing Last Train from Kummersdorf. 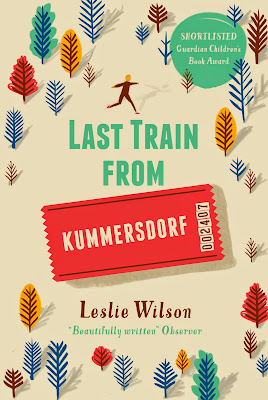 This is a first instalment; next month I'll be writing about what happened after the Reichstag fire.

I think what Ms Mantel meant may have been that we all have twenty-twenty hindsight. Which we do. It's fascinating to think that there was a blink-and-you'd miss-it period when Hitler could have been stopped. It might make for some great alternative-universe fiction. What, indeed, would have happened if someone had been able to stop him in that time?

Yes, indeed! If the Communists and Social Democrats HAD got together, for example. If they had known what was ahead of them, perhaps they would have done?
I would probably not have been born, however, without WW2 and what I make of that fact, I don't know.
I was thinking of Hilary's axiom when I wrote about Kristallnacht in Saving Rafael; all the people in the novel knew was that someone was smashing up THEIR shop and home. It took a while for them to realise it was going on all over the city; they didn't think: Oh, yes, we've got to Kristallnacht. One has to decouple onesself from what one knows and put onesself in the position of one's characters, and what they don't know, I think..

Very true! And when your shop has been smashed up, even though you might read the details in the papers next day, you have more to worry about.

I probably wouldn't have been born either if my parents hadn't been hauled off to concentration camps as teenagers and then met after the war in Germany. They simply wouldn't have met. That doesn't let Hitler and his minions off the hook. It's also why I never had grandparents or uncles or aunts(except one aunt in Israel).

How awful, Sue! I mean, your family being murdered. And your poor parents!
I don't think either of our existences exonerate the Nazis. I just sometimes find it slightly weird to think of the catastrophes that are responsible for mine.

Such an honest and reflective post and leaves us much to consider - the ordinary life lived against the backdrop of the extraordinary which we only fully understand in hindsight. This was very much the theme of 'Stones from the River' by Ursula Hegi which I think we have talked about once. So many people didn't realise until it was too late because they were just getting on with winding the babies.
Love that totally unique observation - 'a cat-flap of opportunity'.
Well done Leslie, an excellent blogpost - look forward to the next installment and of course - the next edition of The Last Train from Kummersdorf.