LUCY FITCH PERKINS AND HER "TWINS" by Penny Dolan


The second half of twentieth century brought a wealth of books into libraries, schools and into homes, led by technological developments, especially in colour printing. As a teacher, my class book-box was a bright treasury of inventiveness and pleasure. 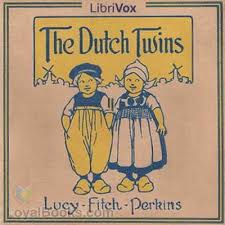 However, the titles lodged in my childhood heart have dull covers. They were well-worn copies from the old-style public library shelves, read and re-read them randomly. The books were part of a series – not that I had heard that word then – known as The Twins books. I borrowed The Cave Twins and The Spartan Twins as often as I could, as well as any other Twins I found. The Dutch Twins didn’t quite fit the history category but they did live in a country nearby, a country in Europe. Ah, Europe, that currently painful word.

The Dutch Twins were why, in a moment of EU-nostalgia and curiosity, I found and downloaded The Twins e-book bundle. There, thanks to the unexpected Preface, I discovered the author, Lucy Fitch Perkins, who was an American and her specific reason for writing these books. 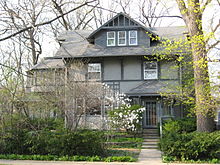 Lucy's father and mother had been teachers. Her father was involved in the Civil War, which ended in 1865, the year Lucy was born. However, by 1873, increasing business problems made him send Lucy, her four younger sisters and their mother to the Fitch family home in Kalamazoo, Massachusetts, where she grew up.

Lucy always loved drawing and, at sixteen, had cartoons published in the Kalamazoo Gazette. Family contributions allowed Lucy to attend the Museum of Fine Arts School in Boston. Lucy, with her Congregational upbringing. did not favour dancing, drinking or card-playing, but she was nevertheless a popular and lively-spirited girl.

After graduating in 1886, Lucy worked as an illustrator for the Prang Educational Company until Walter Scott Perry, who was then setting up a Fine Arts Department within the new Pratt Institute for Manual Arts and Engineering, asked her to be his Assistant. (What a widely encompassing title for a college and what a glimpse into the practical American vision of the time!) Lucy’s life seems, to me, to be a useful mix of art, pragmatism, determination and social awareness.

Four years later, in 1891, she left to marry Dwight Perkins, a young architect she'd met while still a student although his Unitarian religion had originally been a barrier to their union. Perkins encouraged his wife by designing her a studio in their new home in Chicago. Unfortunately, as a result of the economic collapse of 1893, Perkins became seriously ill, which led to Lucy resuming her public career. For the next ten years, she worked for the educational publisher as well as teaching, illustrating and painting mural decorations for schoolrooms.

Lucy wrote, but neither her book of children’s verses nor her fairy stories were a great success. However, when Edwin O. Grover, a publisher friend, saw her sketches of children, he persuaded her to write a series of “geography” reading books, using a boy and a girl as main characters. Her first title, in 1911, The Dutch Twins, was very popular and by the time her last book -  The Dutch Twins and Little Brother - was published (a year posthumously in 1938), Lucy Fitch Perkins had written over twenty-six “Twins” titles, many of which had been translated and sold across the world. For a time, Lucy Fitch Perkins was the publisher Houghton Mifflin’s most profitable author.

Yet, although her biographical details are interesting, they are not the reason I chose her for this History Girls post. I chose Lucy Fitch Perkins because she wrote with a clear and valuable intention. Early in that new century, the term “melting pot” - the title of a 1908 play – was current, although the idea was not new. Immigration was a continual topic of discussion and Lucy wanted her Twins books to teach respect and understanding for the many peoples then gathering within the United States.

Her research led her beyond literary sources and out to Ellis Island, where she was deeply affected by the plight of the depressed and oppressed people of all nations herded together. She also visited a Chicago school where children from twenty-seven different nationalities were gathered together in a room and taught by a few determined teachers, which somehow sounds quite a familiar description. 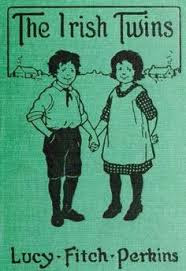 Additionally Lucy believed that only a story based on a real, individual experience would lead her young readers to understand all she was trying to tell them, so she “sought out and became intimately friendly with someone who had been a child in the place she wanted to write about,” according to one account. Children would never be moved to sympathy or empathy by the pedantic generalities of a text book.

Furthermore – and surely as result of all her work for an educational press – Lucy Fitch Perkins wrote her books to appeal to children. She wanted her stories to be both readable and enjoyable so she tried out her stories on a small group of children to make sure the story worked and that text was as fresh and lively as possible.

She called her young critics “the poison squad”, which feels quite accurate, considering the sharp comments that children can make about one’s precious writing. Lucy believed in getting close to her young audience, and drew kneeling on the floor so that she saw things from the viewpoint of a young child.

Once, when asked how to write for children, Lucy answered “Learn to draw!” I take this to mean not only the art of drawing but also the art of imagining the story in vivid scenes, not in a flurry of wonderful, adult words. The popularity of her books seems to suggest she got that right, and the author Beverly Cleary was a great fan. Lucy was not afraid of strong content either, and included the absentee landlords in Ireland, the Scottish estate clearances and the land ownership system in Mexico within her tales.

The full list of her books is not quite as historical as I remembered: only The Cave Twins, The Spartan Twins, the Puritan Twins, as well as some more specifically American pairs, such as the Twins of the Revolution, which may never have reached English libraries. The Geography series included Dutch, Japanese, Irish, Eskimo, Mexican, Belgian, French, Scotch, Italian and Swiss children, and more. Many of these Twins would have seemed quite “historic” by the time I read them which may be why the series seemed such an enigma - and that silent children’s library didn’t encourage questions.

Right now, when identity and immigration are topics of sadness and tension, I found the story of Lucy Fitch Perkins and her Twins books a positive and welcome delight, even if I have yet to re-read my kindle bundle. I am hoping that - discounting the era of the writing - my memory has not been deceiving me. 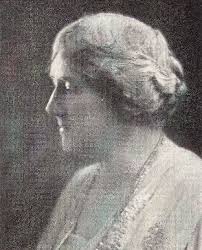 To conclude, here’s Lucy Fitch Perkins explaining in her own words:
So I wrote books giving pictures of child life in other countries, and then, for the benefit of American and foreign born children alike, I wrote books which gave some idea of what had been done for this country by those who had founded and developed it.
And, again, emphasing:
. . . the necessity for mutual respect and understanding between people of different nationalities if we are ever to live in peace on this planet. In particular I felt the necessity for this in this country where all the nations of the earth are represented in the population.
Hooray for Lucy Fitch Perkins!

I have a good many of these titles. They were given to a local charity shop and the person who does the books there stopped me in the street and asked if I'd like to have them. He didn't want to put them on the shelf because "they are too old fashioned". I offered to pay for them of course and, at the usual shop price of Aus 50c they were a bargain.
The young Whirlwind read them and quite a lot of her friends did too - even though they found them rather strange.

Oh, how interesting, catdownunder. I am not sure of the quality of the Twins writing either, but the inclusive and welcoming intention behind those books was something that made me feel happier during the current UK turmoil - as well as thinking on the number of children's, teens & Y/A writers around now with similar aims and hopes.

What a great concept! I hadn't heard of her before, but glad to learn about her now!

I hadn't heard of her either. Isn't that interesting, the philosophy behind her books? Very relevant today...

If you don't mind reading them without the illustrations, several of them are in the public domain, on Project Gutenberg. Otherwise, iBooks has a volume of 13 of her works under one cover for $3.99.

Very interesting story. However, I think you may have the various U.S. locations a bit mixed; there is no Kalamazoo Massachusetts. Kalamazoo is in Michigan, in the Midwest. A brief search shows me Ms. Fitch briefly lived in Hopkinton, Massachusetts (which interestingly is the starting line of the Boston Marathon, 26 miles west of Boston). She then spent the rest of her childhood in Kalamazoo, Michigan before going to college back in Boston, with most of the rest of her life spent in Chicago. Truly a remarkable woman!

Thanks for all your corrections, aoelfsk! Much appreciated. (I was probably just too excited about actually typing the word Kalamazoo, which doesn't come up much here in Yorkshire, UK.) I'm also thinking that maybe I should move "get new glasses" higher up my To Do list.

Thank you for reminding me of these books, Penny. I do remember them on the sunny shelves of our school library, and reading one or two. I might just go over and download that Kindle book of them all!

Coincidentally, I was just discussing twins in books the other day with another blogger. I desperately wanted to be a twin when I was a child, probably based on reading The Twins of St Clare!s and these books - but I could not remember the authors' name. Now I know, so thank you! They all seemed historic to me in the 60s, I'm not sure if I was aware of when exactly they were written. I particularly remember The Pioneer Twins. *Goes off to check Kindle Store*

Oh, thank you for reminding me of these books, Penny! There were quite a few of them in the old children's library at Bexleyheath in the early 1950s and I read them all and loved them. They had engaging, realistic stories that encouraged my interest in history. My favourites were the Cave Twins and the Greek Twins (which may, in fact, have been the Spartan twins).