A Day Trip to Bath by Katherine Webb

I was recently blindsided somewhat by a journalist who'd come over to the UK from Germany to interview me, I thought, about my latest release over there. It turned out that she was after a travel piece on Bath instead, and after floundering for a moment when she asked me to close me eyes and tell her 'What is Bath?', I was able to talk at length about this wonderful historic city, so full of its own character (and, my sister would remark, also full of itself).

I live about eight miles outside of Bath, in the countryside, but proximity to Bath was definitely a pull factor when moving to the area. And, within weeks of moving down here, I'd started a novel set in Bath in 1820 (The Misbegotten). I couldn't seem to help it - the atmosphere of all things Georgian and Regency was too powerful! So this month I thought I'd blog about Bath and some of its famous faces, and recommend it to anybody wanting a day trip this summer to a place that wears its history on its sleeve. 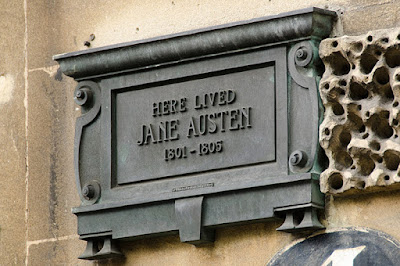 Well, I kind of have to start with this lady. Although Jane Austen only lived in Bath for a few years, she remains firmly associated with the place. Bath features as the setting of 'Persuasion', and gets a mention in other Austen books as well, and there's a Jane Austen museum and festival for fans here. It's just as interesting to visit The Assembly Rooms, however, at which Austen is known to have attended functions. Designed in 1769 by John Wood the Younger, the Assembly Rooms are now owned by the National Trust and you can go and have a wander around the grand tearoom, the octagon room where the men would have played cards, and the ballroom with its fantastic chandeliers - now electric, but in Austen's day holding hundreds of candles. The heat rising from all the thronging, dancing bodies below was often so great that the candles melted, and dribbled hot wax onto the party-goers. http://www.nationaltrust.org.uk/bath-assembly-rooms 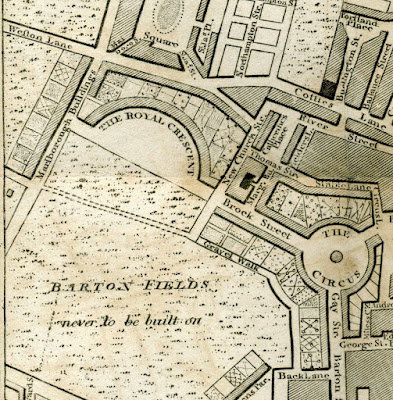 John Wood the Younger (1728-1782), and his father John Wood the Elder (1704-1754), were the architects who had the most influence on the building of Bath in the Georgian era. Between them the pair designed the most iconic of Bath's seven elegant crescents - The Royal Crescent - as well as The Circus, Queen Square, Gay Street, The Royal Mineral Water Hospital and Prior Park, private residence of Ralph Allen, about whom more shortly, and much more. The Woods' designs pioneered Bath's neo-classical, Palladian grandeur, still so much in evidence today. When it was built in 1775, The Royal Crescent was on the edge of the city, with no other buildings in front of it to spoil the view for the residents. The same cannot be said today, but I can report that Barton Fields, as shown above, have indeed never been built on.


Another person strongly linked to Bath's Georgian soul is Richard 'Beau' Nash (1674-1761), Master of Ceremonies from 1704 onwards. This was an unofficial title, but it put Beau Nash into a position of tremendous social influence, and helped make Bath the height of fashion in its heyday in the early 1700s. An early career in the army and then as a barrister clearly didn't suit the fun-loving Beau Nash, who had a gambling problem and lived with a string of mistresses. As MC of Bath, he would meet new arrivals, decide who was 'in' and who was not, broker marriages, arrange balls, keep a check on the worst gamblers, and accompany lone women to dances. He is also credited with encouraging a break down in the strict social boundaries between the upper and middle classes in Bath, although this might have backfired on him slightly as Bath fell out of fashion towards the end of the century, came to be seen as vulgar and old hat, the haunt of spinsters and invalids, and to be passed over by fashionistas in favour of Lyme Regis and other seaside resorts. 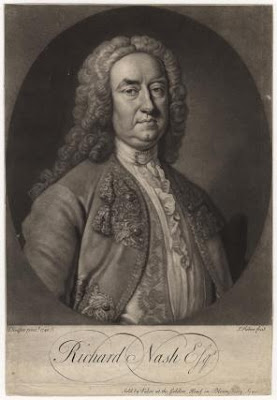 One more Georgian notable for you: Ralph Allen (1693-1764). Allen started out as a clerk in the Post Office at a young age, and by the age of 19, in 1712, became the postmaster of Bath. With a series of reforms and innovations, he increased the office's profits and reach to such an extent that he became a wealthy man. He bought up stone quarries in the local area, recognising the growing demand for the honey-coloured Bath stone in bringing the Woods' designs to life, and thus became a very wealthy man indeed. On a hill to the south east of Bath sits the Sham Castle, an elaborate folly built to give Allen something to look at from his townhouse in the city. 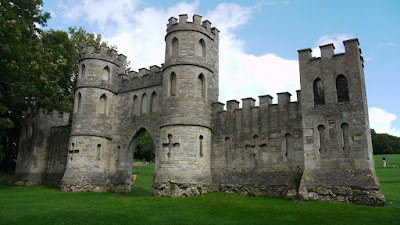 In 1742, Ralph Allen hired John Wood the Younger to build Prior Park, a Palladian mansion to the south of Bath, which he later moved in to. It is in a truly wonderful setting, with long reaching views of the city and a quintessential C18th garden, designed with the help of Capability Brown, which has one of only four Palladian bridges of its kind in the world. The house itself now houses a school, but the National Trust has the gardens, and they're lovely to visit. http://www.nationaltrust.org.uk/prior-park-landscape-garden 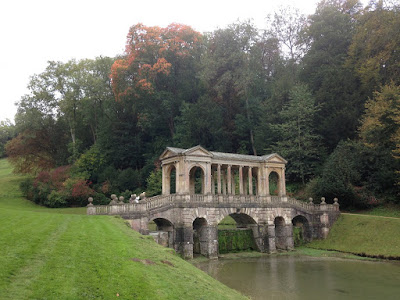 The bridge has lots of interesting old graffiti, if you like that kind of thing (which I do) - showing that whilst standards of handwriting have declined over the years, standards of behaviour are much the same as they ever were! 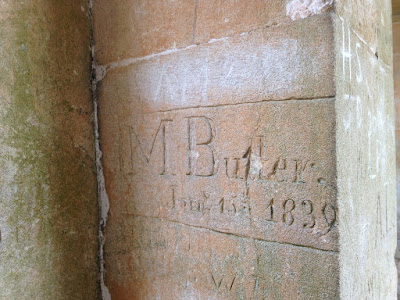 There are so many Georgian wonders in Bath - don't miss the Florentine Pulteney Bridge, either, completed in 1774. Palladian again, this time designed by Robert Adam, the bridge has shops on along either side of its span across the River Avon - but its history goes back a lot further than that. The reason anybody came here in the first place was for the hot water springs, first settled by the Romans who named the city Aquae Sulis - meaning the waters of Sulis. Sulis was the native British goddess to whom the locals had built a shrine on the site. Britain's only hot water thermal springs, the waters were soon enclosed within a huge Roman bath and temple complex, now wonderfully excavated and fascinating to visit (incidentally, you can bathe in the hot spring water yourself, at nearby Thermae Spa - the rooftop pool has wonderful views of the city. You can drink it too, just like a Georgian invalid, in the Roman Baths visitor centre, although I don't think there's much to be gained by it - very eggy.).

Thanks to Georgian fashion and bombing in WWII, the medieval city of Bath is harder to spot. The Abbey, now in a late C15th form, sits on top of two older churches, and is very beautiful inside - fan vaulting galore. Sally Lunn's Historic Eating House is most famous for being the only place to get a Bath Bun - like a brioche, and very tasty - but for me the real treat in going there is to go down into the basement museum, which recreates kitchens of the past, and where you can see open excavations going down through the centuries, proving that there has been a house on that spot for over a thousand years. The medieval city walls and gates have sadly gone, but many houses in the area to the south of and immediately around the abbey are in fact medieval buildings, hunkered down behind tacked-on Georgian fronts.

I've got this far and not mentioned the Kennet and Avon canal, or Sydney Gardens, or William Herschel, or the Pump Rooms, or any one of a hundred other historical things to see in Bath. It is truly a unique city with a remarkable history, and an absolute must-see for anybody interested in our Roman or Georgian history.
Posted by Katherine at 01:00

Ah, lovely Bath... I went to university there in the 1980s and still enjoy visiting friends in the city. We had a shared student house in Bathampton, a great place to live and brilliant fun.

Yes, lovely Bath, and lovely post. I thoroughly enjoyed exploring Georgian Bath - Catherine Macaulay, Dr Wilson etc - for my book on Dr James Graham, who used the city and its celebrity visitors as a springboard to fame and glory in the 1870s.

Whoops...that should of course have been 1770s..have been spending too much time recently in the 19th C instead...