This month other History Girls are writing about favourite books. I did that recently, so I thought, to balance those posts, I’d give you some context. Those books that we read and that we treasure and that we remember are part of a gorgeous cultural pattern. Right now, that cultural pattern means that historical fiction is changing. I want to look at what exactly is happening.

Two decades ago there was a vast gulf between historians and fiction writers. This hasn’t always been the case. It wasn’t so much the case in the time of Walter Scott. And it’s not the case right now. It’s now socially far more acceptable to read certain types of fiction as part of enjoying history. The way history is written into many novels has changed: it’s more sophisticated, more aware and far more researched.

Writers have changed. Some of the writers who changed are here, in the History Girls. They looked at the history they fell in love with and they said “We can do this better.” They researched and they learned and they understood and they brought to their novels a greater depth of understanding. It didn’t happen overnight, but if you look at any of the established writers here, you’ll find that, over the years, their work has developed. 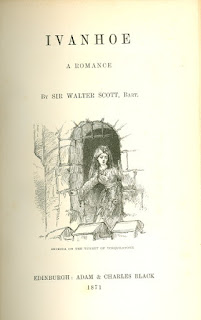 Next came the readers. I discovered this very personally when I suddenly became more popular at conferences and conventions. Readers wanted to talk about my fiction with me, but they were even more interested in understanding history. These active and questioning readers of novels don’t just pose their technical questions to the historians: readers can be a lot tougher on the history fiction writers use than they used to be.

There have always been some readers who knew a lot and questioned a lot and thought deeply about the subjects of novels, but the sea change means that there are a lot more of them. I meet them when they want a signature for the Beast (aka The Middle Ages Unlocked, which I co-wrote with Katrin Kania), for they love checking out the sort of background their favourite writers might use. Their favourite writers are usually those same writers who have done so much extra work on the history for their novels.

Some readers will spend as much money on books related to the history in their favourite fiction as they spend on that fiction itself. I’ve been asked about my sources for Langue[dot]doc1305 so often that I put a list of them on my blog, and written articles about them. And I’m not alone in this. So many writers end up talking about their experience in archives or in exploring primary sources or establishing an accurate date for an event as much as they talk about the characters their readers love and love to hate. 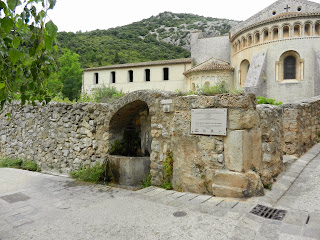 Readers do not work alone. They often join groups with similar interests. The Historical Novel Society has been a critical component of this change in historical fiction, and so have organisations like the SCA and the Richard III Society.

Popular history and serious history are no longer as deeply divided. This opens the door to readers who want to approach novels with more insight into the history and more of an understanding of what possibilities it holds.

Writers respond to their readers. Often, they share similar interests. Elizabeth Chadwick, for instance, is a member of Regia Anglorum, a re-enactment group. She doesn’t just write the Middle Ages: she researches it, performs it and comes to understand it on many levels and from many angles. She is not alone. I can think of at least a half dozen writers who delve into the past during their spare time and whose novels reflect this. The tales these writers tell are still easy to read, but the history in them is better understood and more carefully thought out. It’s part of a complex feedback loop that has led to where we are right now, where historical fiction is successful commercially while its readers and writers see its historical contexts more clearly. They create possibly the best bridging between history and the general public that we’ve had since Walter Scott. 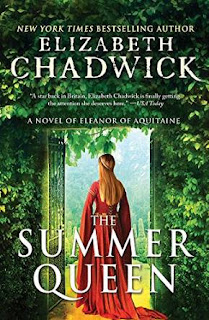 Compared with the demands of writers and readers, the critical world is a step behind. This is because the critical world is undergoing changes of its own. As I love saying, this is another story for another time, but it’s worth noting here. It’s also worth noting that blogs like the History Girls will help the world of criticism catch up, as it becomes clearer and clearer what audiences demand from historical fiction and what writers are willing to give.

Yesterday the History Girls turned five years old. I’m hoping it has many, many good years ahead because it’s very much a part of these changes in the way we see history and think about the past. It helps bring the work of scholars out of the university and gives it directly to the reader, whether the reader is on the train, on the beach or sneaking in a few pages of a favourite book on an e-reader.

I was a member of the SCA many years ago. It's mostly inhabited by SF fans, but they do take it seriously. Any personal device must be cleared by the group's herald, who then submits it to the College of Heralds in the U.S., to make sure nobody else has it. There are feasts with mediaeval type foods and I even remember someone making a subtlety once, shaped like a unicorn. I joined to learn how to write a fight scene correctly. That said, the armour is made in modern workshops, the clothes on modern sewing-machines, the food cooked in modern ovens, but what-the-heck!

I believe even fantasy writers should do their historical research, even if they end up taking liberties - nobody should say, as one writer did on Twitter, "It's my universe, I'll do what I want with it!"

I won't read self published historical fiction these days. I won one in a competition once. The author wrote quite a good blog post about it, but it turned out he had researched the big things - battles, politics, etc. - and neglected daily life, so that after one jarring scene after another full of anachronisms, I gave up. When he emailed to ask me if I was reviewing it, I offered him a guest post, just to be kind.

I found it interesting (when I did my study) that both historical fiction and spec fic authors do research for the history in their novels, but it really is a different kind of research and the outcomes are different. The words used to describe what they were doing are similar, however, so it wasn't til I delved deeply that I discovered just what these differences were and how large they are. They are fundamental to the differences in genre, which didn't surprise me at all.

Enjoyed your analysis of all that lies within the best "modern" historic novels very much. Thanks.

Just for the record, I write historical fantasy, and I do a lot of historical research (and agonise over it not being good enough.) Do you think, though, that we're going to reach a situation where no one will accept you as a historical fiction author without a masters in history?

Elizabeth, I think that a lot more writers will get formal qualifications in history (and are already) but another thing my research showed was that the writing an story are even more important than the history. This means that there will always be room for good writers, whatever their level of formal education. They have to research more, but they don't have to (and never should) choose history above telling a fine story.

An excellent piece! I recall advice regarding my 'narrative' style when studying at Oxford. It wasn't so much a criticism (at least, I don't think so) as an observation, and it prompted me to think about where my studies would take me. As the end goal was writing accurate historical fiction, I decided to stick with my own style. I still managed an Upper Second and a number of novels, so it is possible to bridge the gap. Wonderful closing sentence - you can easily be true to historical fact when writing fiction. Historical question marks are a wonderful breeding ground for blending fact with supposition, and many great writers manage it well. I tend not to follow many blogs, but I will certainly follow this one. Thanks1

Thank you, Lorraine. Pleased to have you on board!

One of the questions behind my research was this bridging the gap. I was a historian (PhD in Medieval History, and practising in my field) and a writer (of novels and non-fiction) and so I saw it from both sides and wondered what it looked like from a wider cultural perspective. This is one of the themes of my History and Fiction study.

Very interesting article - I've had so many questions about the details of the events rather than the story I wrote at my last two events and also, at both, questions about my own academic background which was interesting. There was an expectation of a history degree (I have one but so long ago it's almost medieval itself) and surprise when I maintained that the story-telling skill was as needed as the research training, if not more so. The times they are a changing?

Catherine, I've been known to teach writers that they can make whatever decisions they like about the hsitory in their novels, but that readers will hold them to account for those decisions. The degree is not essential, but the understanding is. And if writers can't tell a story, why would readers bother with them?