A Few Facts and Gems from the Earliest Days of Cinema, by Carol Drinkwater 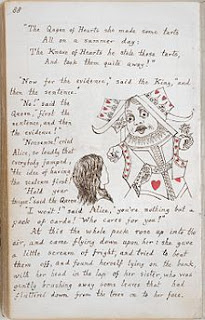 When I was a child, one of the treats of the week was our family outing to the cinema. The programme back in the mid-fifties, early sixties usually included two films. A 'B' movie followed by the main attraction. Today, before the main attraction, spectators are shown endless expensively-shot commercials followed by a series of trailers for upcoming films. I would like to propose an idea: how about the projection of early cinema material such as this extraordinary footage below shot in 1903?  Produced and directed by Cecil Hepworth, it is the very first cinema adaptation of Lewis Carroll's Alice in Wonderland. The film runs eight minutes and is held at the National Archives of the British Film Institute. It is damaged, looks blistered, but, my, is it worthy of still being screened. The link is here. Do take the time to watch it.

We can walk into a bookshop and pick up a copy of Alice's Adventures in Wonderland without any difficulty at all. We can follow the development of authors, their influence on others, their influence on children's literature, adult or fantasy literature ... But to discover the birth of cinema, to have access to the material of those century-and-more bygone days is not so easy. Of course, there are some excellent books on the subject but that is not the same as access to the material. I have been searching the internet to see whether anywhere in the world there is a festival that celebrates the birth of cinema, and I cannot find one. Do any of you know of one? 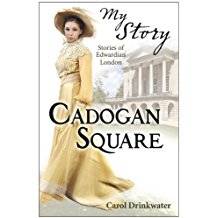 Some years ago when I wrote Twentieth-Century Girl, (now in a two-book compendium entitled Cadogan Square) as part of the My Story series for Scholastic, I researched the very earliest days of 'Pictures in Motion'. The films were black and white, of course, and there was no sound. Text was written on the screen, as you see in the eight-minute Alice film posted above. Most of the very earliest attempts were extremely short. If you went to the Moving Picture House, the likelihood was that a musician, usually a pianist, accompanied the sequences to add to the dramatic or comical effect. Most films were about a minute in length so the entertainment would consist of perhaps ten different very short films. I am talking of 1899 in London, for example, where the UK's very first cinemas were being opened and where cinema was being hailed as the entertainment for the upcoming century. 1900 was around the corner. 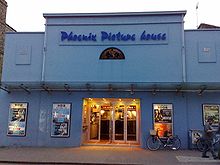 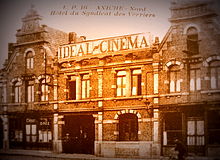 L'Idéal Cinéma is in northern France, in Aniche, and claims to be the oldest still-active cinema in the world. It first opened its doors on 23 November 1905.

Magic Lantern shows predated moving pictures. I saw a remarkable collection of these machines at the very small but fascinating museum of cinema in Paris at La Cinémathèque Française.  La Cinémathèque Française (51, Rue de Bercy,75012, Paris) is the French equivalent of the BFI. If you have any interest in cinema and its history, this is the place for  you. It holds one of the largest collections of cinema-related objects, archival material and cinema documents in the world. The place is a treasure trove and its own history is equally fascinating. Thanks mainly due to one man, Henri Langlois, who had accrued a huge personal collection of films up to the 1930s. These came under threat of destruction when the Nazis marched into Paris and ordered all films pre-1937 to be destroyed. Langlois, along with the help of his colleague Georges Franju, smuggled his films and documents to safety. After the war, the French government offered funds for a screening room and from there this fabulous organisation has grown. But I digress ... 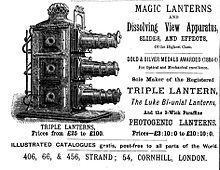 Magic lanterns projected rudimentary images using glass slides. I am not sufficiently technically-minded to explain precisely how they work but know that there is one static slide and the other is mobile. The moving slide was usually hand-operated. The Magic Lantern projections were shown at fairs and public gatherings; they pre-dated moving picture houses. A Magic Lantern show at the 1851 World's Fair caused such excitement amongst it audience it was considered a sensation. And the development of the art, of storytelling through moving pictures, had made its first major international outing. At the 1900 Exposition Universelle in Paris, Gaumont staged a moving-picture exhibit where visitors to the Exposition stood, entranced, watching the flickering images.

There are several who claim to have been the first to 'create' moving pictures. In fact it was an evolutionary process to which several contributed greatly. Not least among those pioneer filmmakers were the Lumière Brothers, Auguste and Louis. 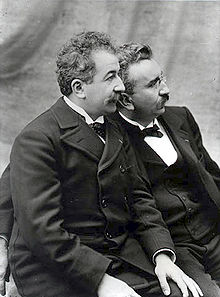 Auguste and Louis were the sons of Antoine, a portrait painter who abandoned his painting to make a business out of photography. With the assistance of his technically bright sons, Antoine created a new form of photographic plate. This brought him both renown and income and, by 1894, in their factory south of Lyon, they were producing 15,000,000 plates a year. It was at that time that Lumière senior  was invited to Paris to a demonstration of Edison's Peephole Kinetoscope. Impressed and with an eye for opportunity, he took the idea home with him to Lyon and instructed his sons to better it. They worked all winter. One of their main aims was to create a Kinetoscope - an early and rudimentary version of a cinema camera - that was less bulky and more manageable. Also, the peephole meant that only one person could enjoy the moving images at any one time. It was not a group spectator experience. By 1895, the brothers had invented their own camera with a printer and projector combined within it. They patented it and named it the Cinématographe. The film speed was 16 frames per second. Imagine, compared to cinema today, how slow that is! In the early months, they held only private screenings wanting to guard their invention. They gave their first public screening on 28th December 1895 at the Grand Cafe, Boulevard des Capuchines in Paris. Eight short - fifty seconds to a minute in length - films were screened and the occasion was an immense success. Within the early months of 1896,  they opened Cinématographe theatres in Brussels, London and New York. By 1903, their catalogue of films - no longer shot exclusively by their own hands - boasted over two thousand titles.

Then there was Georges Méliès, a magician and illusionist who turned his hand to film directing. He was the first film director to use storyboards. On the evening before the Lumière brothers gave that first public screening in Paris they presented their material to owners of houses of illusion. Méliès was present. So excited was he by this new art form that he offered the Lumières 10,000 francs for one of their Cinématographes. They refused. They also refused an offer of 50,000 francs on the same evening from the cabaret-music hall, Folies Bergère. Méliès, determined to include moving pictures in his shows at his Théâtre Robert-Houdin travelled to London, struck a deal for a projector known as an Animatograph, bought several films from Edison and from 1896 included them in his Paris programme. He soon patented his own Kinètographe Robert-Houdin, founded the Star Film Company and went on to direct over 500 films.
Cameras were coming on to the market. Gaumont, Lumière and Pathé were the leading producers. On both sides of the Atlantic, innovators were working to make a mark in this new industry.
Cinema was well and truly born.

To my mind, it is a vast and fascinating subject and I would love to see some of this early material distributed again. Even ten minutes worth of footage at certain specified screenings in cinemas everywhere would, I think, widen our understanding of the birth of the seventh art. One hundred and twenty years of cinema - there are vast libraries to choose from.

My new novel, THE LOST GIRL, to be published on 29th June is partially set at the Victorine Studios in Nice post Second World War. The Victorine in its heyday produced several French masterpieces ... But I will leave that blog till a little later in the year.

In the meantime, as I have not talked about contributions from the USA, I hope you enjoy these glorious silent shorts from 1896 onwards, including the genius of a young Stan Laurel.

What a fascinating read! The film clips are delightful. Brings back memories of French film studies at university.

What an amazing post. I knew so little about this and I so enjoyed the Alice in Wonderland clip.

Yet again, Carol Drinkwater adds to my day with a little bit of magic. The 'Alice' footage is enchanting. fI would much rather watch a few minutes of this kind of wonderful history than the cynical, often tasteless and ridiculously expensive ads at the cinema. I'm so looking forward to 'The Lost Girl' and a little more magic.

The children's novel The Invention Of Hugo Cabret made a wonderful film, Hugo, about the early days of cinema and had Amelie's and his films as a subject. I've read the book to my students and showed them the little Melies films on YouTube. Magic!

Even older than the Phoenix Picture House in Jericho, Oxford is the Ultimate Picture Palace in Cowley Road, Oxford. It opened in 1911, and is the last independent cinema in the area. Comfy seats, good wine, no popcorn, and NO advertisments! Some nights there is live music to accompany silent films.
see www.uppcinema.com

Janie, Thank you for this info about the Ultimate Picture Palace. I will certainly look it up.
Sue, I saw the film Hugo. Yes indeed, wonderful.
Thank you for the posts.

Loved this blog, which (curiously) I found because this morning I revisited a dream book and discovered that in a 2009 dream I met and kissed a lovely girl whose name was Carol Drinkwater! So I googled the name just now and here I am. In case you don't know it, may I recommend Mark Cousins' incredible love letter to cinema from its earliest days THE STORY OF FILM, it's a DVD set, here he is talking about it: https://youtu.be/9PrIcFUk5yE
Harry xx