This is the time of Imbolc, perhaps the least well known of the four great Sabbats or Celtic Festivals that mark the turning points of the year. Traditionally dated to the 1st of February, it falls midway between the winter solstice and the spring equinox and signifies the point where winter recedes and spring begins.

I first came across Imbolc when I was researching the death of Charles Walton on 14th February, 1946. I've written about that on this blog before but one theory associated with Walton's unsolved murder was that it was a ritual killing, his blood spilt to bring new life to the land. That would imply a continuity of belief that reaches back to the Neolithic. In Ireland, certain Megalithic monuments are aligned to the Imbolc sunrise.

I guess there is more than a bit of the pagan in me. I like the idea of ancient spokes of Celtic belief on the Christianised wheel of the year. In Ireland, Imbolc is celebrated as St Brigid or St Bride's Day, the mysterious 6th Century saint, who may, or may not be, the Christian embodiment of Brigid, the great Celtic goddess of healing, poetry and smithcraft. Also known as the Mistress of the Mantle, Brigid was the sister or virgin aspect of the Great Goddess and such a powerful pagan entity that some Christians have cast doubt on her namesake's sainthood and questioned whether there ever was a St Brigid, she is so obviously the goddess in another guise.

Purification links Candlemas to the Lupercalia, the festival observed in Rome on 15th February to avert evil spirits and purify the city. In turn, some researchers have suggested that the Lupercalia is in some way connected to our celebration of St Valentine's Day. Whether there is a connection is debatable but it is clear that all these different celebrations and festivals clustered round the beginning of February mark a significant turning in the year's cycle.

Spring is on the way! 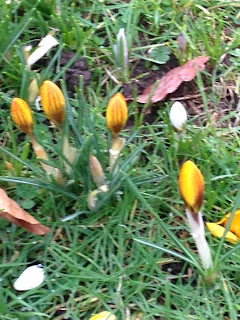 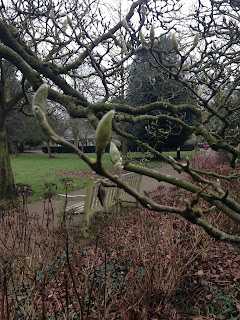 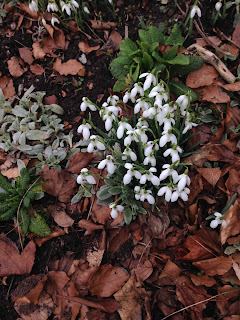 
www.celiarees.com
Posted by Celia Rees at 00:30

Thank you for this lovely seasonal post, Celia. I'm sure all the church festivals are linked to earlier pagan ones. I wish we still celebrated them. I used to love celebrating the solstices with circle dance when it was active in my area, and I still remember a wonderful Candlemas day of dance, with snowdrops in the hall.