Voices in my Head by Julie Summers

Years ago a friend who teaches creative writing talked to me about voices in books. He reminded me that although I might write my non-fiction in my 'own' voice, it would be read by someone from Scotland with a different accent, or indeed by somebody from Somerset or Gwynedd. That was one thing, but another whole area of fascination is the question of voices in a novel. I am a consumer rather than writer of novels and I have the greatest possible respect for the author who can create and maintain more than one voice in a work of fiction. This month I have read two books that succeed and here is my appreciation of what I consider to be a high art form. 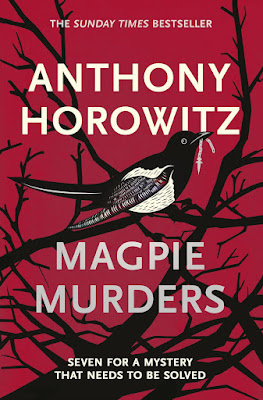 Anthony Horowitz's best-selling 2016 novel Magpie Murders is a masterpiece in the murder mystery genre. It is a detective story about a detective story and it works brilliantly. The basic premise is that an editor at a small London publisher is handed the latest detective story by the house's best-selling crime writer, Alan Conway. The fictional detective series is set in the 1950s and the hero is a private sleuth called Atticus Pund, who has comes from the same stable as Miss Marple, Hercule Poirot, Inspector Rebus and many others. The first half of the book, set in courier, is the draft of Alan Conway's book. Horowitz conjures up a Somerset village of the 1950s beautifully. The descriptions of everything from the attitudes to the anti-macassars, the rogue antiques-trader to the adulterous lady of the manor are perfect. The dialogue is clipped and its cadence of its time. The story ends abruptly when the editor discovers that the last two chapters are missing. Immediately the voice changes and becomes contemporary. Suddenly you as the reader know that you are back in the early 21st century where everyone has mobile phones and petrol costs £1.20 a litre. As the story continues there are in-jokes about the world of publishing which are delightful to those who have worked with editors, publicists and the all-powerful marketing team. One of the scenes even takes place at Totleigh Barton on a fictional Arvon writing course. Another is a conversation between a writer and a publisher when the writer is forced to accept that great though his other literature may be, the commercial success of his detective novels is what interests the publisher, not his desire to emulate Will Self. This is a superb book, full of clever twists and turns and written unselfconsciously not only in two voices but in two voices from different eras. 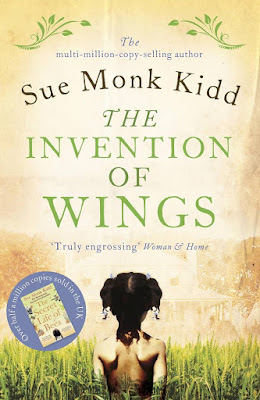 The second book is The Invention of Wings by the American author, Sue Monk Kidd. I had not come across her work before and was not sure whether I would find a novel about South Carolina in the early nineteenth century of interest. I'm glad to say I was wrong to be sceptical. This is another outstanding book, also written in two voices and unlike the Magpie Murders, it is based on a true story. The two main protagonists are girls of the same age - one born into wealth and the other into slavery. Their stories are told in their own voices and the chapters alternate. The first voice is of an African slave girl called Hetty, though her real name is Handful. She speaks in the lyrical, rhythmical voice of the deep south. The idioms she uses are colourful and naive but they sit perfectly with the era and as a reader I was cast into the shady, brutal world of what the white population referred to as 'the peculiar institution'. Despite the fact I initially felt uncomfortable reading about this era, I found myself delighting in Sue Monk Kidd's glorious writing and her evocation of a world that is no longer with us. Well, at least not officially. The second voice is Sarah, the sixth child and second daughter of a wealthy plantation owner and his over-fecund, over-zealous wife who treats her slaves harshly. Sarah is a rebel and, like Hetty, in her own but different way is trapped by her society which expects her to conform to its traditions and accept its norms. Sarah  yearns for education and has an ambition to become a lawyer, something her parents drum out of her by forbidding her to read, removing all her books but poetry and forcing her to conform in Charleston's society. Her voice is equally strong as Handful's but quite different and throughout the novel the reader is flipped from one view point to the other, with the result that the two voices meld and the picture that emerges is not of white against black or master versus slave but of the nature of evil and injustice. Each girl in her own way has to summon up the courage to dare to reach for what is unobtainable.

If you enjoy hearing voices in your head when you are immersed in a novel, then these are two I can warmly recommend for you.

Anthony Horowitz is a wonderful writer and this one seems like great fun. I suppose I will have to look for it now! PS I know what you mean by "voices in the head." I hear everyone with an Australian accent in my head, no matter where the book comes from. ;-)

I have not read either of these books although I did read and thoroughly enjoyed Sue Monk Kidd's The Secret Life of Bees. I procrastinated about whether to buy The Invention of Wings and then did not. Now I will. Thank you for these recommendations, Julie.

Thanks Julie for these recommendations - I have just ordered them.

The voices in your head are always much clearer and in keeping to you, when a filmed book happens I am always disappointed with the voices, and the pictures are better in my head too!