My youngest is studying the Arts and Crafts movement at secondary, so I took him to visit the William Morris Gallery.  The Gallery is housed in a gorgeous Georgian house, built in the 1740s and set in Lloyd Park in Walthamstow, north-east London.  This was William Morris' family home from 1848 to 1856, when he lived with his widowed mother and eight brothers and sisters from the age of 14 to 22 years old. The Gallery is the only public space devoted to the work of William Morris. 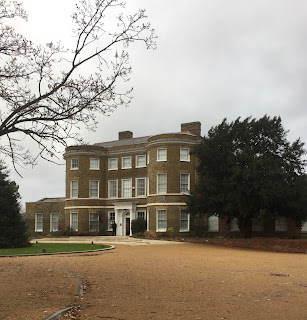 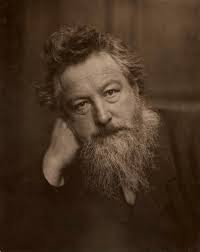 The Arts and Crafts movement brought together politics, life and art in a way that seems so relevant to today's challenging political climate. William Morris (1834-1896) was a designer, craftsman, writer, conservationist and socialist. He is probably best known as a designer and artists, designing simple yet beautiful furniture and fabrics. His hand-printed textile designs in the 1880s revived the old and difficult indigo print method. Against the backdrop of industrialising Britain embedded in chintz, Morris favoured nature dyes and patterns found in nature, creating patterns that are instantly recognisable today. 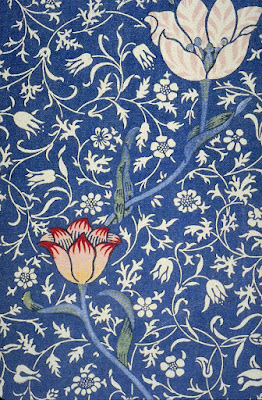 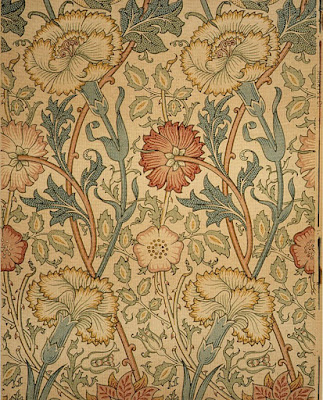 William Morris was also a radical poet, thinker and socialist, seeing art as essential to a fulfilling life and not merely a decorative pursuit for the elite. Like other socialists of his time he was angered by the poverty, pollution and working conditions of the factory movement, and sought to recapture the beauty and satisfaction of traditional crafts. He believed that there was 'no square mile of earth's inhabitable surface that is no beautiful in its own way, if we men will only abstain from wilfully destroying that beauty.' The William Morris Gallery brings together these connected aspects of William Morris' life, his art and his political views, with different sections focusing on art, design and politics.

Although Morris came to socialism quite late in his life, the William Morris Gallery holds selections of his political pamphlets and books as well as editions of the Socialist League paper Commonweal. Morris led the Arts and Crafts movement, a group of like-minded artists who saw traditional skills as an alternative to the mass production, consumerism and division of the pride of labour - as discussed by Karl Marx - by industrial production. Some of these artists are also represented at the William Morris Gallery, including paintings by Edward Coley Burne-Jones and stained glass panels by William de Morgan. For kids, hands-on activities included reproducing the techniques of the Arts and Crafts movement in brass rubbing, weaving and architectural planning. 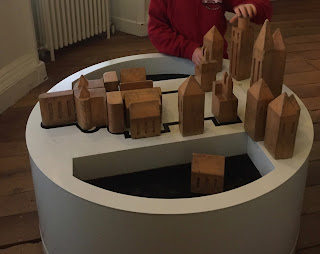 The lack of feminist credentials of much socialist activity in Morris' time is well known. Debates about the role of women (the 'Woman question') were rife in the 1880s. Ideals of the male breadwinner wage norm and codes of femininity and masculinity meant that women were often excluded from debates about equality. Feminism is curiously absent from the William Morris Gallery, but Morris' News From Nowhere offered some response to socialist-feminist debates, projecting the value of sexual equality and exploring the historical nature of male and female roles. In News From Nowhere, a near perfect economic, social and environmental world is envisaged, in which household structures are flexible but overwhelmingly heterosexual. Women are implicitly given sexual power over men, but the book is ultimately rather conventional in terms of gender roles.

What then of the lack of discussion of female artists as part of the Arts and Crafts movement? The Arts and Crafts movement peaked between 1880 and 1910 in Western Europe and the United States, spreading to Japan in the 1920s. We know far less about the position of women workers in the movement; although there were many female artisans like Frances and Margaret MacDonald, their artwork remains under-recognised by contrast with their male peers. This largely reflects the lack of political and economic freedom and power given to women in the Victorian period, even within most socialist utopias.


One of the impacts of the factory movement was to deskill women; tasks which were traditionally undertaken by women, like spinning, entered factories as mechanised and male activities. Women were encouraged to participate in the Arts and Crafts movement. After all, it employed traditional female skills around domesticity and home making - all in keeping with the 'Angel of the Home' ideal. But, women's work was largely recognised because they were considered executors of male designs in the main, rather than talented creators. And two influential Arts and Crafts guilds, Guild of Handicraft and Art Workers' Guild, excluded women from membership. Paradoxically, the Arts and Crafts movement, like socialism, was both dependent on female involvement and hostile towards their work.

When my son and I visited the William Morris Gallery, there was an excellent temporary exhibition given over to political demonstrations and imagery through history. Here, the rhetoric of 1980s socialism was set against posters from all around the world decrying inequality and oppression and injustice. I was interested in how these two different perspectives on economic and political equality - the history of posters and the history of the Arts and Crafts movement - had a hidden truth at their core: gender inequality remains overlooked. The History curriculum in 2016 is apparently no more concerned by this absence than the founders of the Arts and Craft movement and early socialism had been. 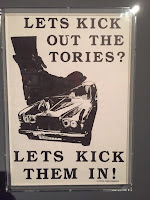 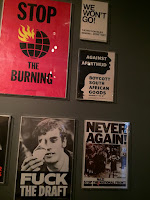 I really enjoyed visiting the William Morris Gallery a couple of years ago, but your post has made me want to return when I'm next in the area seeing relatives - though I've also remembered that parking isn't easy.

It was quite child-friendly too, and not too large, with a dressing-up section and other activities around the rooms that were linked to various Arts & Crafts images.

I have read - but where, and was it at this gallery? - that the female artists of the time often expressed themselves through their needlework and embroidery, which are often seen as simple domestic craft skills, not as capital-letter "Art".

Thanks you for the reminder, Fay.

Thanks for the post. I've never been and would love to visit.