Telling the truth by Marianne Kavanagh


Our June guest is Marianne Kavanagh.

This is what she says about herself:

Marianne Kavanagh is a writer and journalist. She has worked on staff for Woman, Tatler, the Sunday Telegraph magazine and British Marie Claire, and has contributed features to a wide variety of newspapers, magazines and websites. She lives in London, but her heart is in Dorset.
www.mariannekavanagh.com


Most fiction creates the illusion that what you’re reading is true. Gatsby is great, Miss Jean Brodie is in her prime and Emma Woodhouse really does unite some of the best blessings of existence. Historical fiction goes even further, describing people who once lived and breathed – Thomas Cromwell, Mary Boleyn, Machiavelli.

But whether the characters are real or not, the illusion of truth is only maintained if all the tiny details of their lives – dress, food, habits – are accurate. You don’t want the reader to lift her eyes from the page because you’ve got a farm labourer drinking tea when it was a luxury that only the rich could afford, or a young woman zipping up the back of her dress before the hookless fastener had actually been invented.

When I wrote my third novel Should You Ask Me, the detail of everyday life that worried me most was how people spoke. The book is based on a real historical event that happened in 1878 on the Isle of Purbeck in rural Dorset. The more I read, the more I realised that the dialect spoken at the time around Langton Matravers, the village where the Victorian part of the story is set, would have been difficult for anyone outside Dorset to understand.

It’s hard to imagine a Britain so divided by language, but that’s probably because we’re living at a time when regional diversity in British accents and dialects is beginning to fade away. Recent research from Cambridge University suggests that more and more people in England are going to end up sounding as if they were born in London.

That was far from true years ago. Well until the middle of the last century, the south Purbeck dialect was very much alive. It wasn’t just the soft hum you get from ‘f’ becoming ‘v’ (not ‘friend’ but ‘vren’), ‘t’ becoming ‘d’ (not ‘butter’ but ‘budder’) and ‘s’ becoming ‘z’ (not ‘song’ but ‘zong’), but the vowels sounded different and the little grace consonants (‘going’ had an extra ‘w’ to become ‘gwoin’ and ‘coming’ an additional ‘a’ to become ‘acomen’) changed the whole rhythm of the words.

On top of all this, there was a completely different vocabulary for everyday objects, plants and animals (‘speck’ was lavender, ‘wont’ was a mole, and ‘spawl’ a large stone), and a long list of specialist words for the kinds of thing people needed to describe in this labour-intensive country life (a cage for catching a pheasant was a ‘nicklyvat’, a tree stump after copsing was a ‘mock’ and ‘vlankers’ were the black bits that flew in the air from a wood fire).

My character Mary Holmes is telling her story sixty years after it happened. The remains of two long-buried bodies have been accidentally disturbed in fields near stone quarries, and Mary walks into Wareham police station just before D-Day in May 1944 to say that she knows who they are. So I had a bit of licence – she’s 86 years old, and maybe time would have softened the way she spoke as a child.

But I still wanted her to sound like a woman who’d spent her whole life on the Isle of Purbeck. Before I wrote the book, when I was still gathering together research, I told curator Ben Buxton at the museum in Wareham that I’d probably make Mary speak in dialect. I spent hours reading R. J. Saville’s wonderful booklet for the Langton Matravers Local History and Preservation Society called Zum Lanc’n Zayens, pored over Lilian Bond’s book Tyneham, a Lost Heritage, and listened to recordings of Dorset dialects in the British Library. 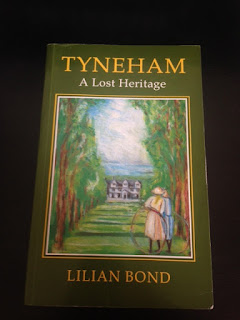 But once my meticulous research was on the page, I realised the horrible truth. My poor reader wouldn’t be looking up from the page because I’d shocked her with some glaring historical inaccuracy but because she didn’t have a clue what ‘The wuz called wum lass Zundee’ actually meant.

In the end, after a lot of stomping around on long walks thinking about all the things I didn’t want (a sort of cobbled together compromise of bastardised language, a glossary at the back, characters constantly repeating things in different ways to make the meaning clear), I decided that what mattered most was to make Mary sound old Dorset in whatever ways worked best.

What was crucial was the rhythm of her speech – it had to hum and slide. Where possible, I’d use the vivid, blunt Purbeck sayings that made me laugh (‘he had a face like a bladder of lard’). Mary would constantly refer to the natural world because her childhood experience was living in a remote community closely tied to the land, and her conversation would be full of biblical quotes because Victorian village life centred round the church – Mary would have sat through Sunday services every week of her life.

Finally I would use dialect words where the meaning was so obvious from the context that there could be no confusion. (My hard-working copy editor Morag Lyall queried both ‘lumpered’ and ‘izemorey’, and I’m glad she did, but I decided to let them both stand.)

As Hilary Mantel said in her Reith Lectures recently, historical fiction is an interpretation of the past. The source material stays the same, but each writer emphasises something slightly different.


For me, what was important was not only accuracy but clarity. The novel was sparked by the Victorian controversy over the law on the burial of suicides, and I wanted to tell the story of what happened. But Mary, the narrator – a mischievous, devious, frightened old lady – is intentionally making her confession muddled and confusing. William, the young constable in Wareham police station who takes her statement, doesn’t know whether she’s telling the truth or giving him a pack of lies. Because she’s such an unreliable narrator, it seemed important that Mary’s language should be as plain and as simple as possible. Until all the elements of the story began to knit together, I couldn’t risk any words that would make the reader feel lost or bewildered.

Writers of historical fiction try to be accurate. But sometimes, to maintain the illusion of truth, the edges of reality have to become a little blurred.

Should You Ask Me, published by Hodder & Stoughton, is out now. 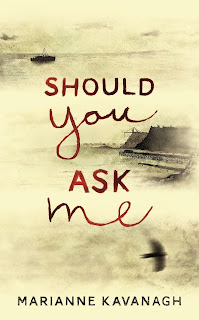 Email ThisBlogThis!Share to TwitterShare to FacebookShare to Pinterest
Labels: Dorset dialect, Marianne Kavanagh, Should you ask me, WW2

Fascinating. Reminds me of reading Transpotting - I had to read the words out loud to get the meaning, which meant I spent a lot of time mouthing some very rude words.

The words might not be there on the pages, but I'm sure that all your research and enjoyment of the spoken word means there's still some of essential rhythm there in your book. Looking forward to reading it.

Reminds me of 'Under the Greenwood Tree' which we had to read at school - I found the dialect so difficult to interpret I have never read any more Thomas Hardy! It sounds like you have found a happy medium.

This post reminds me many old things from my Grand farher's era, loved it.