The Lost Village of Tyneham by Katherine Clements

In November 1943, the inhabitants of the small, isolated village of Tyneham in Dorset, were given 28 days to evacuate their homes. As the Second World War headed towards D-Day, the War Office needed to requisition land for troop training and had settled on an area ‘suitable for the army's purpose and which, at the same time, will involve the smallest number of persons and property.’

Tyneham’s 225 inhabitants were forced to leave before Christmas. A note, pinned to the church door on departure, implored the Army to be mindful of the homes they left behind, concluding: ‘We shall return one day and thank you for treating the village kindly.’


But there would be no return.

In the following years, with the Cold War looming, Lulworth firing ranges were declared crucial to national defence and in 1952 the entire valley was compulsorily purchased for £30,000. The temporary evacuation became permanent.

For decades the village was closed to the public, barricaded inside a danger zone behind barbed wire fences, buildings left to decay. The Elizabethan manor house was dismantled. Campaigners fought for the return of the village through the 1960s and 70s, enlisting former residents and their descendants in a crusade that cast Tyneham as ‘the village that died for D-Day’. The issue was even debated in the House of Lords, and a recommendation put forward to release the land, but this was soon overturned. They changed tactics and pressed for the land to be given to the National Trust as a heritage site, but as the original residents passed away and interest waned, campaigners had to settle for increased access to the village and surrounding land.

Today, Tyneham remains the property of the MoD but is open to the public most weekends and public holidays. Volunteers have done a fantastic job of clearing the overgrown ruins and making them safe. The church and school have been restored and now house information and displays, telling the story of the village and the families who lived there.

Visiting last weekend, I was struck by the unique atmosphere. The site is without any of the usual facilities that you might expect, for example the cafes and shops of a National Trust estate (though there is a loo – thank goodness!). The church hosts a fascinating, evocative display about life before the evacuation. It’s clear from this that Tyneham was a village in decline long before the war.

Most villagers worked as farm hands or fishermen, or were employed by the local landed gentry, the Bonds. Many had lived there all their lives; some families had settled there for generations and lived a way of life that was fast disappearing. The school had closed in 1932 for lack of pupils. Only one house had running water. 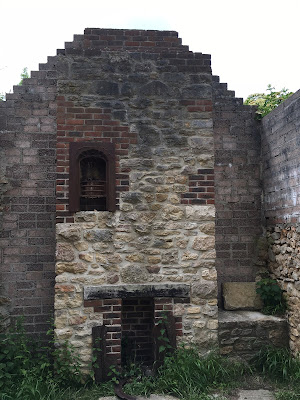 On a warm summer’s day it’s easy to imagine a nostalgic, picturesque fantasy right out of Lark Rise to Candleford, but a long winter must have been cold, dark and gruelling. Tyneham was a village stuck in the past before 1943. I wondered what would have happened had the villagers been granted permission to return. 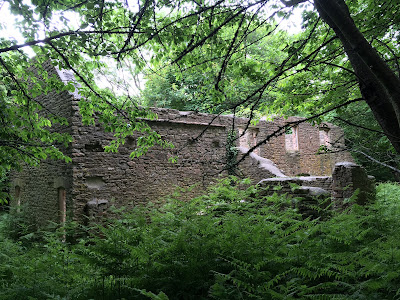 Would the younger men and women, horizons expanded by war service and life outside the valley, have wanted to do so? Would the place have declined anyway, like so many gentry estates after the war? Or would it have slowly transformed into a tourist hot spot, packed with caravan parks and cream teas? Government ownership, with bye laws preventing commercial development, has prevented all that and preserved Tyneham as a unique time capsule, if one with a melancholy history. They call it a ghost village and the past certainly feels close. It’s well worth a visit.

What a sad but fascinating story. I would love to visit Tyneham. Thank you for this, Katherine.

How very interesting, did the army destroy it or save it for the future, would it have survived or just turned into a commuter hamlet? unchanged and hidden often has more historical information than constantly changing! Thank you for reminding us about the lost village form the war, I do remember the battles to get it back from the 80's, but hadn't realised nothing had been changed.

Great article - enjoyed it. It's certainly an evocative place. I think you are right about its likely decline, however; at best, maybe it would have survived as a holiday village. My own limited research for A Bit About Britain suggested that many residents, contrary to the publicity, were only too happy to have hot running water, an indoor loo and electricity! It's a great story though!