History in my writing, a reflection - Gillian Polack

It's a very cold winter in Canberra. I ate lemonade fruit tonight and pretended it wasn't cold, but outside right now, it's zero degrees. It's easy to think about ghosts in the dark season and about being haunted.

Some winters are haunted in a good way. A collection of my short stories was released in June and the new edition of my time travel novel will be out in just two weeks. This means I’m haunted by how my writing has changed over four decades. That’s not what I’m going to talk about here. This is because there’s an even more interesting change that has happened to my writing and it’s one that’s a lot more interesting to people in this corner of the internet: how I use history in my fiction has changed.

In my heart of hearts I am an historian. I will always be one.

When I was a child, I didn’t bring history together with fiction the way I do now. They were two equally important parts of my life, but quite distinct. I built a wall between them in fat, and kept building whenever I noticed one from the vantagepoint of the other. This began to change when I was an undergraduate, because I became an ethnohistorian and historiographer. This means my most important sources for my history were fiction. I used fiction to interpret the period and place a story was written. In fact, for my undergraduate thesis, I used the Old French chanson de geste to get some insight into how people described history in the twelfth and thirteenth centuries. My history back then was challenging and theoretical.

My fiction back then was either straight literary (the story I won a prize for was about how an actor acted) or pure science fictional. Examples of both of these were included in my new collection and they made me wonder “Why wasn’t I writing historical short stories?” 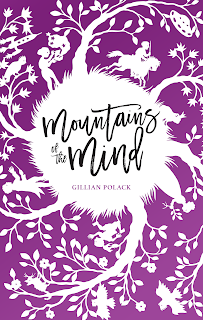 Sherwood Smith, in her introduction to Mountains of the Mind, gave me the answer. My fiction is generally very tight character-based narrative. And it’s much harder for a cultural historian to stay in the head of someone not from their vicinity. The very nature of my research until a few years ago kept me at arm’s length. I knew that I couldn’t think like someone from twelfth century France, so I didn’t write much fiction using the Middle Ages even though I was not only a medieval historian, but one to whom other writers came for help. My specialisation was a two-edged sword. 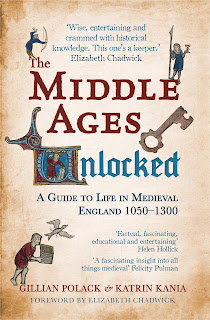 I mocked myself about it. One of my short stories “Horrible Historians” is me laughing at my incapacity to break past the historian’s responsibility to not get too close to their subject.
Langue[dot]doc 1305was a sea-change for me*. I didn’t just create time travellers going back to my period: I finally sorted out how to get inside someone’s mind without breaking faith with my historian self. I also explored how other writers worked with history, and began to understand so many things about the wall I'd built for myself.

If I had a wall between my history and my fiction and if I was dismantling that wall, this novel was a volcano. It could erupt at any time and destroy a lot of things I loved. It didn’t. There were moments when I was researching and I had to write it in a particular way to deal with what we know about the past and what we cannot know about the past and the fact that a good novel makes the past real to readers regardless of how much we actually know and how little we can know. But those moments didn’t result in any volcanic action.

Ever since it first came out, I’ve been waiting for fellow-historians to say “This is all so very wrong” or for fellow fiction writers to say, “Shame you can’t write a good novel.” Neither has happened. Either they like it (and tell me so) or they’re politely quiet. I haven’t had to breathe in fumes of outrage. There may be a volcano, but if there is, it hasn’t even breathed gas.

This led, as night leads to day, to a change in my research. I wanted to know why we don’t get enough historical novels that have this placid effect on historians. What it is in our culture that helps us (as writers) choose what we put in our fiction? What do we put in our fiction without even thinking about it, by default? That’s what I’m working on now, and it’s illuminating. I’m writing more and more history into my fiction as I learn which choices come from where and what they actually do.

What this means is that I’m still a cultural historian, still an historiographer and still an ethno-historian. I’m partly a specialist in the Middle Ages and partly a specialist in narrative.
It turns out that my fiction and history were always linked. I just didn’t know what the links looked like and now they’ve morphed into something quite visible. Now that I can see them, I’m using a lot more history in my fiction. I finally understand what I’m doing, you see.
What am I doing this month? History in France. It’s time for a research trip so that I can write a new novel that uses history in fiction. I want to push these ideas a bit further.

*It’ll be out again on 17 July. Let me give you the new cover, to rejoice in its re-release. 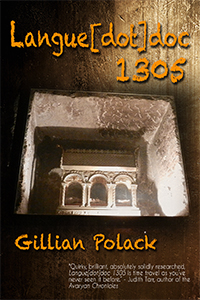 An interesting post, Gillian. I have a history degree and have avoided writing historical fiction for much the same reasons as you - I've always written literary or speculative fiction. You've given me a lot to think about - and I'll be buying "Langue(dot) doc1305" as soon as it comes out again.

A resource that will help in writing immigration argumentative essay