The Importance of Libraries by L. J. MacWhirter


L.J. MacWhirter was born just outside London, grew up in the North of England and today lives in Edinburgh with her husband and family. After studying English Literature, Liz went on to become an award-winning copywriter. Black Snow Falling is her début novel for young adults and up. It draws on her fascination with the inner workings of minds and mechanical machines, and how people can be controlled by cultural dynamics. Black Snow Falling launches on 1 August 2018 and is nominated for the First Book Award at the Edinburgh International Book Festival.


Without libraries, I doubt I’d have written my début novel for young adults, Black Snow Falling. I doubt I’d even be a writer. I spent my childhood with my nose in books, many from our local library in Bramhall. When I had the idea for this novel, I burrowed into the National Library of Scotland in Edinburgh. Yellow request slips piled up as high as my thumb. Numerous notes became compost. I discovered that the 16th century was the perfect time to locate this story about hopes and dreams snatched away. The book research also revealed key facts that shaped the story. 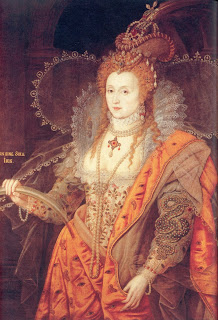 “The Rainbow Portrait” of Elizabeth I, which is featured in Black Snow Falling. Photo: Hatfield House

A number of books also feature strongly in the story of Black Snow Falling. Ruth smuggles a book to Silas, her secret love, when they meet in their hiding place in Crowbury woods. Silas is a stable hand who longs for more in life; his hunger is fed by her books. “The words show me other worlds, Ruth,” he says, and it’s driving him to leave Crowbury.

Ruth’s wealthy family possess a whole library, together with a Cabinet of Curiosities from the New World and an Armillary Sphere from Italy. 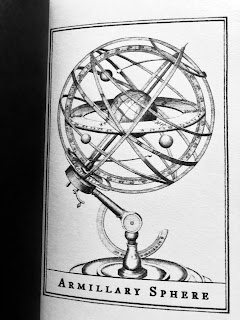 The Armillary Sphere in Black Snow Falling, representing the geocentric understanding of the heavens.

I decided to make Ruth one of the very few privileged educated young women because this unmasks the sexism of the age. Not only is she to be forced into marriage at the age of 15, but she is to be denied her books, too. My library research had revealed that, at the time, it was actually believed that reading made women infertile – as if using their minds would ruin their wombs. Talk about patriarchal control. A thinking woman was a threat. Dress all the young women in red and you’d be one step away from Margaret Atwood’s The Handmaid’s Tale.

Linking reading with fertility is, of course, as nonsensical as the geocentric belief that the earth was at the centre of the universe, which was upheld across the Western world until hundreds of years later. 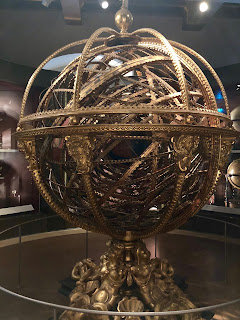 The 1593 geocentric Armillary Sphere at the Museo Galileo, Florence, which helped to inspire Black Snow Falling

This brings me to another plot-changing fact I found. Everyone has heard of Copernicus and Galileo who proposed that the earth was turning around the sun – the heretical theory of heliocentricity. But I, for one, had never heard of Thomas Digges, who also quietly published a book in 1576 proposing the same. I found this modern copy of his book, The Prognostication Everlasting of Right Good Effect in the National Library of Scotland. I’d only ordered it up from the stacks because I liked the title. 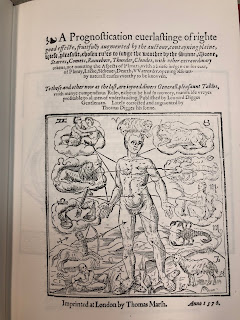 The Prognostication Everlasting of Right Good Effect by Leonard Digges and Thomas Digges 1576, The National Library of Scotland

Perhaps it’s no surprise that Thomas Digges was the ward of John Dee, who owned the second biggest library in the country. Dee’s library numbered over 4,000 books when both Cambridge and Oxford Universities had fewer than 900 between them.

Connecting this to Black Snow Falling, Dee and Digges would have lived at the same time as Ruth and they could have known her adventurous father, the merchant-turned-noble, Earl of Crowbury. So I put Dee and Digges in Black Snow Falling, as one of Ruth’s flashbacks. It was a significant meeting for her because she knew that Copernicus and Digges were both so radical and heretical, her father had to keep their books secret. Their ideas – printed and disseminated – were seen as a threat to the establishment.

Mid the umpteenth draft of the novel, I went with some visiting friends to an Open Day at the Royal Observatory of Edinburgh, just a mile from where I live. Incredibly, there I saw Copernicus’s original book from 1543, De Revolutionibus (On the Revolution of the Heavenly Orbs) in a private library called the Crawford Collection. It is one of only 276 surviving copies. This book shook the world. 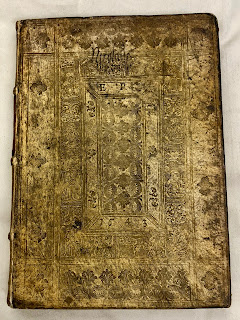 On the Revolution of the Heavenly Orbs by Nicolas Copernicus, 1543, The Crawford Collection, Royal Observatory of Edinburgh

“Books did have a habit of turning things on their head,” as Ruth says in Black Snow Falling. 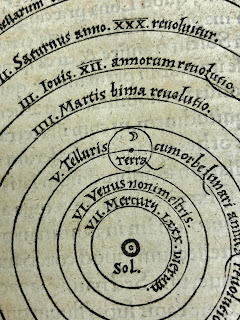 Copernicus’ heliocentric theory, placing the sun at the centre of the heavens. The Crawford Collection, Royal Observatory of Edinburgh.

Because she is educated through her love of books, my character Ruth is even more terrified by the prospect of her world snapping shut. The novel is about her struggle to somehow find agency.

At the risk of stating the obvious, the freedom to follow the question, to think, is vital for us individually and for the health of society as a whole. To do this, we all need broad access to books and content to help us see beyond our own horizons. At this time when libraries are closing all over the country, it’s more than doors that are being shut. It will almost certainly close minds, as well. 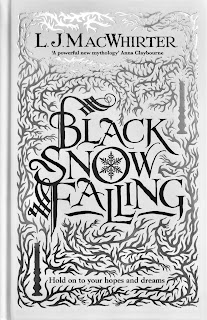 Black Snow Falling will be published in hardback by Scotland Street Press on 1 August 2018.

The problem is the United States President does not have the ability to read a comic book and figures that if he did not need to no one does.

Fascinating - looking forward to reading this!

Sounds wonderful... just the sort of story I love with so many interconnections... and so many gems for you along the way as you wrote the story. Look forward to seeing it in print!

Ooh I definitely want to read this one!

Anyway, it's true - reading made me infertile. It's not the only cause, but it's definitely on the list - I was far more interested in learning and reading than in marrying and having babies!