Sleeping Your Way to the Top - The 17th Century Theatre 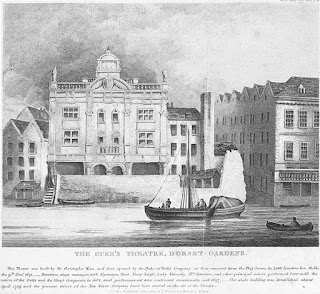 In the wake of accusations of sexual misconduct at the Old Vic, and the scandal around various Hollywood directors, I thought it would be interesting to investigate the 17th century and how female actors at the onset of the profession were regarded, and look at how the seeds of this type of culture originated.

Up until the 17th Century, women had no reflections of themselves in entertainment; they were played by boys. Being an actress was a way of both gaining and losing power – because a woman was able to behave on stage in a powerful way, (eg Kate in  The Taming of the Shrew) but also women were still seen as commodities; an attraction or novelty to please those that mattered (ie men).

In the 17th century, status was always conferred on a woman by the man. Thus Pepys refers to his wife Elisabeth always as ‘my wife’. Although this seems in our ears to diminish her, in fact this is not an insult; it was designed to confer on her a status not accorded to his servants who were referred to as Dolly, or Deb, or Jane. The theatre was the one place where this did not hold sway – female actors were always called ‘Mrs’ as a mark of respect.

Beauty was a woman’s currency in the early theatre, and in life in general. A frank and unflattering assessment of women’s looks was commonplace, their ‘assets’ as if it was a calculation – a checklist of features: how straight the nose, how even the teeth, how pale the complexion. In the theatre a good pair of legs was essential as in many roles the women played boys to show their legs. For a woman to reveal her legs, usually hidden beneath skirts, was considered extremely daring, and this is why so many 'cross-dressng' roles were written in this period. These were called ‘breeches’ roles. Voyeuristic? Certainly, but it was a way for a woman to counter invisibility, and to have a public voice. And a degree of freedom must have been felt by these women as they played assertive men’s roles – the reverse of what had been the status quo before.
The idea of sleeping your way to the top in the entertainment industry was commonplace in the 17th Century Theatre. An example is Mrs Barry, who was ‘procured’ by the rake Rochester at 15 years of age and then moulded (like Eliza Dolittle in My Fair Lady) to be an actress. At the onset of acting as a career for women, beauty was a necessity, it was supposed (by men) that acting skills could be taught. Rochester’s letters give confessions of the progress of their affair. Ironically, Mrs Barry was then most famous for her tragic parts depicting an innocent maiden.
The Casting Couch

A popular idea in the early theatre was that of the “couch scene”. This was a scene where an attractive woman was placed centre stage on a bed or couch, with the scene calling for her to be asleep and therefore in a state of undress.

Why would any woman want to go along with this idea? Well, in this period the theatre & entertainment was one way for women to transcend social boundaries. In researches into Pepys’ diaries we can witness Nell Gwyn, who sleeps her way to the top from bawd’s daughter to mistress of a King. Was this a bad thing? Evidence shows Mrs Gwyn certainly had a mind of her own and of course now she has achieved some sort of national status. In Pepys' Diary, the actress Mary Knep is invited to musical soirees with Pepys and his civil servant friends. Being in the theatre conferred a ‘celebrity’ status not available to other women.
A woman’s fortunes in the 17th century could change dramatically. In Pepys’s Diary, Abigail Williams, known as ‘Madam’ Williams, began life as the daughter of a baronet, was married off for her lands at age 12 (and had a daughter at that age). After her husband died, she returned to England from Holland and became an actress. There is some suggestion she was a spy (like Aphra Behn), but she re-emerged in high society as the mistress of Lord Brouncker, a well-respected mathematician and founder and president of the Royal Society. Her fortunes rose and fell, and rose again. It is tempting to think beauty alone did this – but it takes a skilled mind to manipulate and use what used to be called ‘assets’ to best advantage.

The theatre, even then, was a reflection of society. Scenes on stage echoed or parodied scenes at Court. And Charles II was a rake of a King. Only recently has the convention of the fourth wall arisen. At the beginning of women’s life in the theatre, there was constant badinage across the divide between stage and audience. There was an emphasis on wit and banter on both sides of the stage. Pepys went to the theatre to be seen. 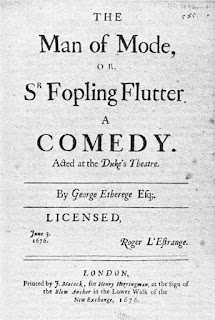 In Pepys' Diary there’s a notable argument at the theatre between Pepys and his wife. Pepys insists the maid sit beside him, and Mrs Pepys, scandalised by this flouting of the proprieties, refuses. Maidservants were supposed to sit behind their mistresses. The women in the plays by Sheridan, Etheredge and Wycherly (for example, Lady Gimcrack and Mrs Figgup) were imitations of the rich women attending the play. Actresses of the time trod the line of impersonating women who were almost always of a higher class to themselves, but in doing so, acquired the gloss of the characters they portrayed.

Through my trilogy of novels based around Pepys' Diary, I'm investigating the women Pepys knows, and re-imagining their lives. My first novel Pleasing Mr Pepys features actress ‘Madam Williams’ alongside Mrs Pepys and her maid Deb Willet. The second, A Plague on Mr Pepys features Pepys most long-cherished mistress, Bess Bagwell, and Entertaining Mr Pepys (in progress) is about his friend, Mary Knep the actress.

More on Hollywood and the Casting Couch
Images from wikipedia.
Sources:
The Play of Personality in the Restoration Theatre - Masters
Nell Gwyn - Beauclerk
Every One A Witness : The Stuart Age - Scott
Pepys' Diary