Over the long dry summer, shadows of Southwark’s past began to emerge in our local park. As lines and curves of yellow grass sketched out former ponds and buildings, it was as if we held a palimpsest up to the light and saw the ghosts of the previous parks under the one we knew. The long summer in fact provided a feast for archeologists as Long Barrows, Tudor Mansions and Bronze Age settlements revealed themselves on the parched landscape. And of course, aerial archeologists don’t need a plane anymore, drones have provided a quicker, cheaper way to get up in the air for a fresh perspective.
This sudden wealth of new evidence about Britain’s deep past is one instance of a larger truth. The study of history, just like the study of science, is a continual process of discovery and reassessment. This year it was the hot weather which provided us with a wealth of new information, but technological advances are constantly adding to what we can know about our ancestors, where they came from, what they ate and how they lived. It’s how we know that the pigs slaughtered at Stonehenge were raised in Scotland, and the Amesbury Archer probably grew up near the Alps.

And Lord knows there’s still plenty to find out. Whenever I start following a rabbity idea into the warren of secondary and primary sources, Old Bailey Archives, British History Online, Parish registers and ordinances, I’m amazed at how little we really know about periods, people, places, that seem to have been thoroughly studied already. Hallie Rubenhold’s upcoming book, The Five, is a case in point. I knew Hallie would bring a fresh eye and perspective to the study of the lives of the women who were murdered by Jack the Ripper, but I assumed that everything which could be known about them would have been studied in some detail already. I was wrong. Hallie’s found an astonishing amount of unexamined material which will, I’m sure, inform fiction and non-fiction writing on Victorian London for years to come. 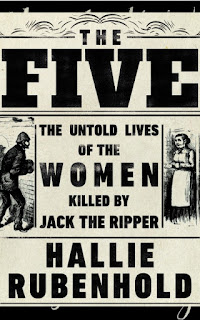 Hallie’s work also demonstrates the importance of the changing perspectives from which we view history. Reading histories from the 1950s, I’m struck not so much by the misogyny of some of the authors, though there is plenty of that, but the fact it never even occurs to many of those writers that women might have had significance, let alone intellects and abilities equal to those of the men on whom they built their ‘authoritative' accounts. We are, quite rightly, now asking about how the assumptions of previous generations have filtered out women, working people and people of colour from the cannon. We also find in our Alice in Wonderland journeys, that stories, repeated in books and articles as unquestionable facts can often rest on very questionable sources or interpretation.
Current events shift our perspectives too, when I was studying German history in the early nineties, it was quite common to find historians searching for particular reasons in the societal makeup of Germany to explain the rise of Nazism, the unspoken assumption being it could never have risen / could rise anywhere else. The rise of populism now, makes us reassess that idea, and our look harder at own histories. 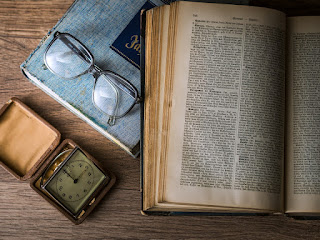 Writing about history in fact or fiction is a constant reminder to be yes, questioning and skeptical, but also empathetic, open-minded and imaginative. To study history and create stories within it is to be curious about past and present, to be challenged and be challenging, to open up, for better or worse, to the wealth of human stories, to judge and to be judged.
This is my last regular post for the history girls, and I give up my slot with much regret. I’ve learned a great deal from the other bloggers here, and very much enjoyed being part of these discussions. I hope I’ll be able to pop in for the Cabinet of Curiosities or other events in the future, and in the meantime I shall continue to applaud all of those writers and researchers who realise an enquiring understanding of the past deepens and enriches our understanding of the present, and of each other.

Sorry that this is your last History Girls post, Imogen, and good wishes for the future.

Thank you, Penny! And all best to you too.

Very sorry to see you go - but a very thought-provoking post to finish with!

Thanks for being a faithful and thought-provoking History Girl, Imogen! We will miss you!