This month's "guest post" is a bit unusual. Don't worry - you'll still have a chance to win a book tomorrow; it's not that different!

Readers may be aware that I run, with my husband, a small independent publishing company called The Greystones Press. We publish YA and adult fiction and most of our books have a historical element. Take the two we are bringing out on 4th October.

The adult novel is by Sophie Masson and is called Black Wings: 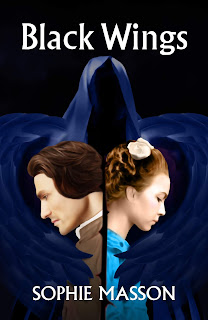 It is set in the French Revolution and covers many years in the lives of four people who started out as childhood friends but whose lives are pulled apart by the changes in France.


It’s 1788 in the Vendée in western France, and change is in the air. Reform is being talked of in the great world beyond, in Paris, and even the peaceful village inhabited by Jacques Verdun and his friends – aristocratic painter Edmond de Bellegarde, his beautiful cousin Flora, and young farmer Pierre Bardon – seems touched by new possibilities. But as events both in Paris and in the local community start to gather pace, as revolution breaks out and the traditions of centuries start to break down, friendships will be severely tested in the most unexpected of ways.
Jacques is a lawyer's son, madly in love with Flora, and friends with both Edmond the aristocrat and Pierre the farmer. The four of them take no notice of the social differences between them as they grow up and, as the three boys grow into men, they are all drawn in different ways to the principles behind the revolution. But when the Reign of Terror comes, they are pulled in different directions. Not all of them will survive.

Born in Indonesia to French parents and brought up in Australia and France, Sophie Masson is the award-winning, internationally-published author of over 60 books, for children, young adults and adults. Her latest books include the adult thriller duology, Trinity: The Koldun Code and Trinity: The False Prince, set in modern Russia; the YA historical thriller, Jack of Spades, and the picture book, Two Rainbows, illustrated by Michael McMahon. These are her social media details:
✽ Website: www.sophiemasson.org
✽ Blog: www.rebirdfeathers.com
✽ Facebook: www.facebook.com/SophieMassonAuthor
✽ Twitter: @SophieMasson1

Obviously, since Sophie lives in Australia and The Greystones Press is UK-based, we had to conduct all the editing by email. This was a very enjoyable process, with a cordial to and fro across the ocean, through the ether, and we had enough time for the time difference between our countries not to matter.

I remember reading her submission on my Kindle, by a pool in a holiday home in Rhodes in the summer of 2016. It was a week after the Brexit vote and I was still traumatised by the result. Being plunged into another, older political upheaval was quite cathartic. And now, nearly two and a half years later, we have the finished book, with its fabulous cover designed by Justin Brown.

In between, there has been a lot of hard work on both sides and yet, as we are now only a few days away from publication, it still seems like a kind of alchemy. Not base metal into gold, of course, but gold into even more polished gold.

The second book is YA fiction but also with a strong historical angle. 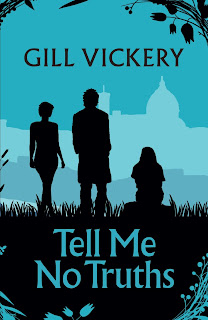 I have known this book, or its earlier incarnations, for many years. At one time it was called Blood and Roses but many other books share that name. There is no copyright in titles; you can call your novel Pride and Prejudice if you like, but I don't recommend it. We always search on the Net for existing books in order to avoid confusion but the best way to come up with the right one is to brainstorm and that is how this book was re-named.

This is its second cover, designed by Giorgia de Micheli, who is Italian herself, appropriately enough for a book set in Florence and the Tuscan countryside.
It's a story with a split timeline. The first hinges on family secrets. Three modern teenagers meet in Florence to discover the truth about a revered grandfather and a literary recluse. Their searches overlap and intertwine to reveal the shocking truth about past betrayal and present revenge.
For Jade and her twin sister Amber, it’s a family matter, trying to find out the truth about their Italian grandfather, who has just died. But they have no idea what a can of worms they are opening as they delve into a past full of betrayal, murder, sex and love.

Nico’s quest interweaves with the girls’ as he searches for the true identity of E J Holm, the author of the detective thrillers he devours. The victims and the killers in Holm’s books all seem to be linked to the Partisans who resisted the Fascists in Italy in World War Two.

Gradually, Jade discovers that her grandfather’s secrets are linked to that too. Who is E J Holm really? And what is his connection with the girls’ grandfather?
We describe it as a double detective story that combines the secrecy and betrayal of Mal Peet’s Tamar with the search for an author as elusive as Elena Ferrante. 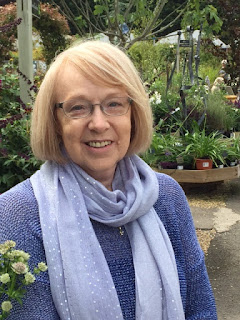 It was easy working with Gill, who is UK-based and a regular visitor to Oxfordshire where the press is.
Gill won the Kathleen Fidler First Novel Award with her book The Ivy Crown (Hodder). Her later books include the DragonChild series and the Franklin’s Emporium series for A & C Black. She currently teaches Writing Fiction to adults in Rugby.

She has loved Italy ever since her first visit there in 1973 but it was 25 years later that she became fascinated by stories of the partisans who formed the WW2 resistance to Fascism.
We share a love of Italy, and of Florence in particular, and an appreciation of Italian art. One inspiration for Gill was Botticelli's painting Primavera, in the Uffizi museum in Florence. You'll have to read the book to see how that fits in the plot, along with WW2 partisans and family secrets.

Publishers don't like YA historical fiction, which is odd, since it has never been more popular as a genre among adult readers. And it's one I feel comfortable writing myself, so we were delighted to take this book on.

So that's our list complete for this year and we hope you don't mind this ad and that you might want to read these yourselves.