The Devil is in the detail by Rachel Hore

Rachel Hore is the author of nine novels, nearly all with historical settings.  Last Letter Home was chosen for the Richard & Judy Book Club in association with W.H. Smith.  She lives in Norwich and teaches creative writing part-time at the University of East Anglia.

We hope that Rachel will soon be joining us on The History Girls. Meanwhile, here is a taster of her work. 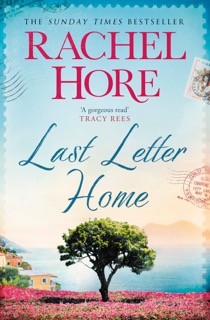 Research for an historical novel can be a chaotic affair.  I’d always imagined a process whereby I’d read everything relevant I could lay my hands on, visit the sites, study objects in museums all before I began planning and writing the fiction.


Unfortunately, I’m not the sort of novelist who discovers exactly what interests me about a subject until I start writing.  My relationship with research is therefore one that changes throughout the journey to the finished work. I thought it interesting to reflect on that journey with my recently published novel, Last Letter Home (Simon & Schuster, 2018).

Last Letter Home has a dual narrative, featuring a youngish woman historian in the present, who investigates the story behind a collection of letters from the Second World War past between an English girl and a German refugee and finds in it connections to her own family.

I’d set novels in this period before (A Gathering Storm, A Week in Paris), so already had a general feel for the background. It was the locations and the characters that were different this time. Scenes in Norfolk, Egypt, Sicily and mainland Italy would all require detailed research, as would the possible trajectory of an enemy alien who was determined to join the British war effort.  I also intended to write about military engagement, a first for me. Part of my pleasure in writing is to try something challenging and new.

Before I thought of any of this a fuzzy, dreamlike scene of a woman in a wild garden kept coming to me, I think because I’d been visiting walled gardens in East Anglia. My favourites were the mature working garden at Felbrigg Hall, near Sheringham, and a more desolate one at Thornham Magna near Diss, which was being brought back into use.  I liked the communal purpose of these gardens, but also the sense of security they imparted; they felt like places of sanctuary from the troubles of the wider world.   A fictional walled garden became a central motif in my novel - a safe harbour for my wartime characters, and a liminal space between past and present.  A garden in Italy became important, too.

I love gardens, but am not a plantswoman, so I resorted to books and the advice of a good friend who is.  I relished an excellent tome published in 1930 entitled The Culture of Vegetables and Flowers by Sutton & Sons, and explored plans of walled gardens until the details of an imaginary one flowered in my mind.  Indeed it felt so real that I was dreadfully sad when I had to write about its spoliation as a result of wartime directives to grow more vegetables.


If a walled garden in Norfolk was where the past story began, wartime Italy is where it was to end.  The gruelling Italian campaign of 1943-45 particularly fascinated me because of the physical intensity of the fighting and the high level of psychological strain that participants endured.  The first scenes that I wrote take place in the present, in the mountains near Naples where historian Briony Wood is on holiday with friends. Here she views old wartime footage and is handed the all-important collection of letters.  By writing this episode I committed myself to featuring Italy, but in doing so my problems began.

It is my belief that historical fictions that purport to be realist, as opposed to fantastical, should be respectful of known fact and not betray the reader’s trust.  I  set out on this novel with Norfolk at one end of the past story and Italy at the other after reading in Frank Meeres’ Norfolk in the Second World War that infantry from the Norfolk Regiment took part in the Italian campaign, and in the firm belief that my German refugee, Paul Hartmann, could join the Norfolks and wind up in the aforementioned part of Italy where Briony went on holiday.  It was only when I was deep in the writing that I discovered to my annoyance that the movements of the Norfolk Battalion in Italy had not taken place where or when I had imagined them to, and nor had the men necessarily been involved in the preceding Egyptian battle that I’d planned to feature.

When faced with such a stumbling block the historical novelist has several options.  One involves substantial recasting and rewriting of the book.  Another involves fudging it and confessing this in an author’s note.  A third involves less rewriting, but more research – looking for evidence that underpins a slightly recast version.  In this case, the third option worked.  I uncovered examples of soldiers who’d become separated from their platoon, or whose companies had been decimated, who might then find themselves part of new ones in a completely different regiment.  In the chaos of war, all sorts of confusing and ridiculous things happen.  The challenge for the historical writer is to make  fictional versions of these seem authentic.

Wartime chronology, again, nearly did for me when it came to tracing a realistic path for a German refugee who wished to fight for the Allies.  The King’s Most Loyal Enemy Aliens by Helen Fry recounts the experiences of many such men, but most of them had not become combatants until quite late in the war – the Normandy Landings being most commonly cited – because of earlier rules preventing them bearing arms.   How, therefore, could I credibly send Paul from an internment camp near Liverpool in May 1940 to fight near Cairo in June 1942?  Again, more detailed excavation provided the answers.  Paul could join the Pioneers, a non-combatant force.  From there appeals to his previous employer, a Norfolk baronet, led him to active service with the local regiment, then onto a ship bound for Suez. These odd kinds of things actually happened.

Should this level of detail actually matter to the historical novelist?  It depends how hardline you are, but they certainly matter to me and I believe they matter to readers.  Most often it’s even tinier details that thwart one, the ones not mentioned in the history books.  Fiction written at the time and memoir are good sources for discovering answers to problems such as how extensively electricity has been installed in rural areas, when people did and didn’t shake hands, who did someone’s laundry, how the telephone system worked.  Some of these snags the writer can save to check once they’ve finished writing, but occasionally key aspects of the story can hang on them so solutions can’t wait.  The writer must sigh, put down their pen and investigate.

The worst traps of all, though, are the questions you didn’t think to ask in the first place. I had no idea, for instance, when I wrote A Week in Paris, that a Wren wasn’t generally allowed on a ship until a reader with first hand knowledge pointed it out.   I’m still waiting for someone to challenge me with something similar in Last Letter Home. No doubt it will happen. It’s an occupational hazard, I’m afraid! 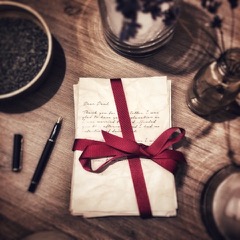 How true and well-stated. Many times I have (foolishly) thought 'the research is finished; I have all I could ever hope to need!' - only to find a key piece is missing and back to the library! When being true and respectful to the source (and thank you so much for stating that), no detail is unimportant; they may be un-necessary to the reader, but not unimportant!