Some months are created to try us and my August was one of those months. Early on, I knew precisely what I was going to write for History Girls for September. I don’t remember what the topic was any more, but I remember being struck by its lucidity and clarity and logic. Then August struck.

One of the happenings that caused me to forget my absolutely superb plan for this post was a simple burglary. Over 1200 of my books were stolen. Much fiction, some reference, over a hundred cookbooks and several boxes of scholarly history are on the market somewhere, crying to the world to give them an equally loved home. This created such a neat metaphor for how we see the past and why historical fiction is such a wonderful thing.

It wasn’t the theft alone that created the metaphor. Let me be honest, the theft alone caused me the gnash my teeth and tear out my hair and to forget to eat on one day and to overeat the next. I settled myself down by (in between dealing with all the other events life through at me in August) looking at pictures.

Those pictures explain everything. Maybe. Let me talk about them.

Think of a marsh. No people. Constant currents pulling at the verges and constant changes to everything. A marsh is stable largely because of its instability. What we see of it is that microsecond only, and the next microsecond we might see something else and the next day, that glimpse we had of overgrown weed might have been dragged somewhere else and the bank it was next to may have crumbled entirely. Or not. Here, have a picture of a microsecond: 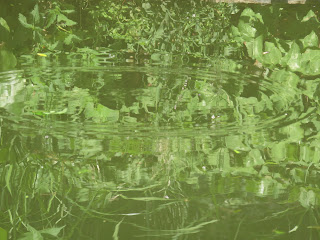 If we add people to the marsh, things change. A boat goes down the same path, time after time and so that path is more likely to remain and more likely to actually be upkept. 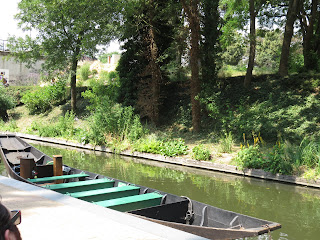 Someone sees a crumbling edge and forcibly restrains it. It lasts longer. You can look at it from a boat and say, “I know what this is.”  That bit of the marsh has a story. 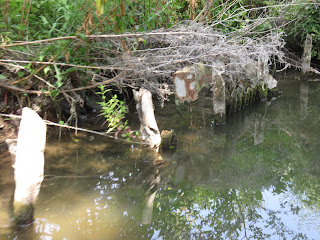 The next time you look off to the side on your boat trip, you add the presence of humans to what you see and you read that landscape differently. 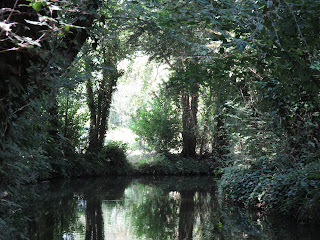 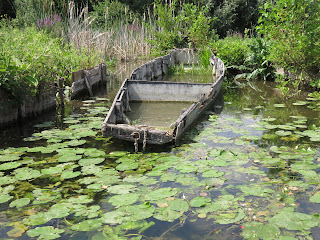 Some people do more than reinforce banks or prevent crumble. Some people take that ground they’ve kept stable and build on it. That bit of the marsh has a story we can all understand. 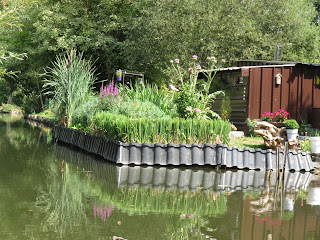 If the marsh is the past, then historians and archaeologists and scientists are the one who make it possible for us to see it for more than the microsecond we move through it. They reinforce banks and make paths for boats and even build the boats.

Without historical fiction, though, a large percentage of those looking at the past will find tables of data or scholarly interpretation of important documents...but won't see much from them. For some of us, these things are boats through water and commentaries and we can see and understand. Others, however, understand and enjoy more when they’re shown a boat, ushered onto it, and told stories about the surroundings.

Even on the boat, there are different types of stories for different types of readers. Some like historical fiction that’s as close as it can be to the discoveries and interpretations made by historians. Others want invented names and life dreams given to the houses they can see from the boat.
The bottom line is that historians and historical fiction writers might act as if we are at odds, but in cultural terms, we work together. Our memories of the past aren’t wild marsh; they’re formed and contain stories.

Let me admit, it’s a bad metaphor. But it was a bad month. The pictures I took at the Hortillonages (marsh once, but an important part of the history of Amiens for so very long) will hopefully make up for it.
Posted by Gillian at 00:30

Oh Gillian - how cruel ... I am sorry for you - such a thwack is not needed ... people are such insensitive creatures ... so so unfair. My thoughts ... but excellent metaphor for life at times ... take care - Hilary

I am sorry to hear of your horrible experience. I hope you are starting to recover. It seems so odd though that the burglars stole your books - they are bulky and difficult to move, and I assume individually not worth a great deal. When I was burgled, the bookshelves were the only areas not ransacked!

Book burglars! A whole new horror is unleashed on the world. A friend of mine was recently burgled and was shaken by the experience. They stole her jewellery, some of it quite old, family pieces.
I sympathise with her pain but to steal your beloved books is even worse.
And I think the shifting marsh, pinned down by people, is a great metaphor.