"WITH A CANDLE, A CHAMBER POT AND A BEDROLL . . ." Visiting the Dennis Severs House by Penny Dolan

By chance I was to be in London with an empty Monday morning to fill and the Dennis Severs House (built in 1724) crossed my mind.  I had heard about the place over the years and long wanted to see inside but the odd opening times had always been difficult to manage from Yorkshire. Almost nostalgically, I glanced at the website, expecting  to see only the famous Christmas Openings or similar celebrations.

To my delight, both the day and date were in my favour. On Mondays, during the early summer months, the  Dennis Severs House at 18 Folgate Street, Spitalfields, does open for visitors between 12 and 2pm.  I got there about 11.30 and waited with a handful people. By the time, the door opened at 12, the queue was along the street. 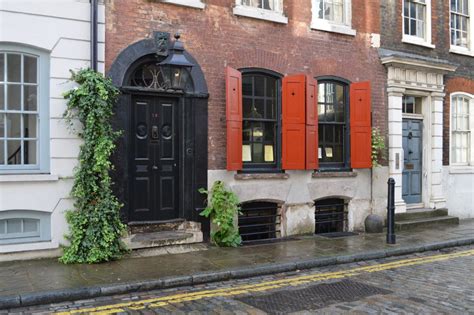 Even more surprising when, as I noted, that the visitor information did not not encourage much popular attendance: no pre-booking , pay on arrival, no phones or photography, no refreshments or facilities, neither shop nor postcards, and no electricity, with the whole place lit only by candles. Furthermore, visitors could only enter in groups of eight or ten and to keep silent at all times to preserve the atmosphere.

The rationale of this tall house, purposefully "dressed" by Dennis Severs, is very much one of intense atmosphere. Severs was an eccentric Anglophile who was born in Escondo, California. Entranced by London and Dickens and the history of this area, he moved to London in the late 1960's.

Severs studied law at Lincoln's Inn, but dropped out when his income failed. Then he started running horse-drawn carriage trips round Hyde Park and the West End for city visitors and tourists. When Gloucester Road mews were bought by a developer, Severs appealed puiblicly for lodgings for his horses. The Queen Mother let him stable them in the Royal Mews.

By 1979, Severs had bought the decrepit Georgian house on Folgate Street. He moved in with only "a candle, a chamber pot and a bedroll", sleeping, turn by turn, in each of the ten rooms, "in a quest for its soul."

Long a collector of antiques, Severs gradually re-created the possible home life of an imaginary eighteenth century silk-weaver named Jervis, turning Number 18 into a historical art work.  The silent visitor is asked to imagine that Jervis and his family and servants have just left the room to attend to some small matter and will, in a moment and when we have left, return.

Consequently, every room and every surface is covered with items that reinforce that idea. All the  tables and desks are covered in artfully arranged selections of whatever might be about to be used: there are still-life platters of fruit and dishes in preparation, dainty cups and tea-pots and sugar tongs; small scissors and embroidery threads, hands of playing cards and decanters, correspondence and invoices and sealing wax, bowls for shaving and trays full of combs and pins and clothes brushes. Be-ribboned wigs and discarded waistcoats hang from screens or high backed chairs. Heavy boots and embroidered slippers hide in the corners of rooms, while a sprigged silk dress awaits the maids attention.

The rooms are a re-created fantasy: bed-clothes are hastily pulled back as if the sheets might still be warm, nightclothes and small linens are cast aside, and a bunch of lavender rests across a cloth covered chamber pot.

One thinks about the comfort of past times too. Though there are fires in several rooms, the size of the hearth suggests that only those closest will be warmed . However, the constantly burning kitchen oven would keep that room warm, even in midsummer, and who would open windows at the level of street dirt?

And how very little light entered those small-paned windows, even on a summer's day! Every Jervis room holds two or more burning candles, while small piles of discarded candle stubs lie in dishes everywhere. Even that uncurtained kitchen, below the level of the pavement and passing feet, was very dimly lit place for cooking or for cleaning work. (Please ignore the anacronistic matches in the illustration below.) 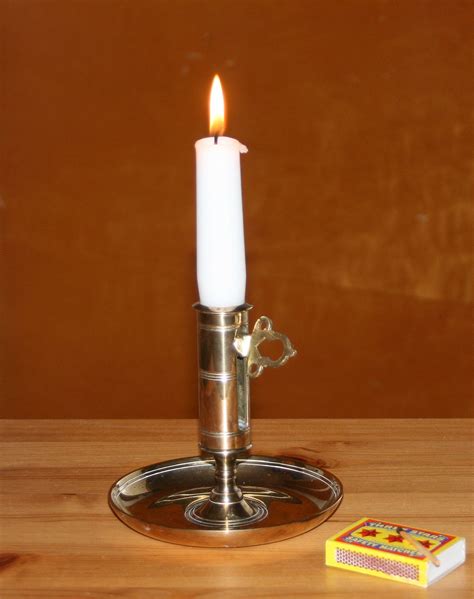 The eight-viewers-only rule became clear as one went round the house, wihere silent young men waited enigmatically on landings and directed visitors into the next room. Those same wandering "bodies" demonstrated how crowded such rooms might feel when filled with a large family and servants, and how a businessman might have need of a club for meeting his acquantainces in some sort of peace.

Besides, where exactly did one rest? The lower floors contain plenty of chairs. Tall, brocade-covered, cushioned wing-backed chairs would keep a valued sitter comfortably protected from draughts, but there were few that looked cosy. A quantity of uncomfortable upright wood-and-wicker chairs stood by or even hung on the walls in the "Hogarth" card room.  I imagined longing for the luxury of a sofa but there was no spare space at all in this house, despite the wealth displayed by the painted walls and the small decorative items everywhere.  A strong back and posture was needed.

Yet no decorative luxury graced the sad upper floor, "dressed" as the two wretched rooms that Jervis might be forced to rent out to poor weavers and their families as the silk trade at home declined. The pitiful family bedsteads contrasted bitterly with the stuffed four-poster floors below.

Severs musthave been optimistic. Up there, on the top floor, one "hears" cannons firing from the Tower, welcoming the accession of the young Queen. The Georgian era is over so the shots are signals of hope for the reign to come. Down on the ground floor is a room filled with more than enough Victoria & Albert memorabilia to delight any tourist; this was the last room one is guided into before stepping out with ahead full of thoughts into the real world again.

When Severs died in 1999, a critic wrote that one has to bring to the visit
"an empathetic historical imagination and suspend disbelief (never mind mundane considerations of historical fact, conventional museum practice or conservation policy.)"

For myself, I could recognise those rooms as imaginative set dressing , maybe a little tawdry and suspect and even grubby in corners. At first I was half determined to ignore the atmosphere but it was impossible. Something powerful lwas living there within the Dennis Severs house.

Furthermore, when Severs died, the house was placed in a Trust and there was a suggestion that, without Severs, Number 18 Folgate Street would soon be forced to close. Now in 2119, the House seems to be doing well : certainly well enough for one of our founding History Girls, Catherine Johnson, to have celebrated a book launch there a while ago. 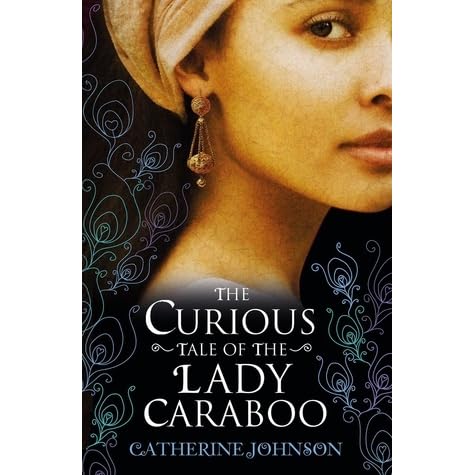 Folgate Street is a ten minute walk from Liverpool Street Station and is close to Hawksmoor's Christchurch and the old Spitalfields market site.  It is also, according to the Spitalfield Life blog writer, an area of prime re-development where the historic nature of the remaining area is under attack. Many old buildings are in danger of demolition or have gone, and there is much use of "architectural facading", ie where the front of the old building is retained but a new and different structure built behind, as a way of passing planning regulations.

Number 18, Folgate - the Dennis Severs house - stands for more than just one building, or so it seems to me. It may be a kind of fiction, but  fiction can still speak truth.

A fascinating post, Penny - thank you! I too have been meaning to visit that house for years, but the opening times always defeated me. I think the answer must be to plan the visit from home and fit everything else around it.

Thanks for this, Penny - making it so hard to get to see makes it even more alluring!

My goodness, how you have tempted me to go!

My son and I were visiting from Australia when we walked up Folgate street and I saw a group gathered out the front of the house . I had read about it but didn't remember the d=address and my feet were very tired . I knew straight away why people were gathering and so Simon and I =were able to through this house .It was a marvelous experience and very moving especially in the upper rooms which reflect the later history of the area as a slumb as the silk weavers become unemployed and these once beautiful houses became slums. One of my strongest memories of LOndon .