Did the Tudors do it? Cross dressing and all that 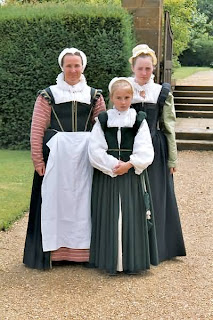 Barbara Mitchelhill
OK Caroline Lawrence, so I admit it. I have thought about cross dressing. Not for me, of course. There’s hardly a need as I’m rarely out of trousers. I just thought how much easier it would be if my girl characters could dress in boys' clothes. Stepping back in time, boys had so much more fun, didn’t they?
In my first historical novel, Run Rabbit Run which is set in 1942, I steered clear of cross dressing. I wasn’t tempted. But I had to keep reminding myself that my lead character, Lizzie Butterworth, wouldn’t be cavorting around in jeans and trainers, she would be wearing a skirt and sensible shoes. And I had to remember that during the bitterly cold winter, she wouldn’t have nice woolly tights to keep her nether regions warm. Chapped knees, for sure. And when that north wind blew… Oh dear.

My next historical novel was different. Road to London
(out in April 2012) is a rollicking 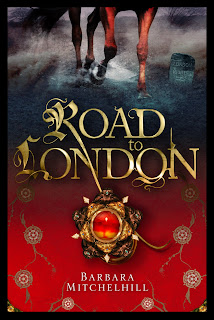 adventure set in the Tudor period when girls wore bodices and kirtles and petticoats. How inhibiting! How grubby! Your hem would drag in the muddy streets unless you grabbed hold of it and lifted it clear. Luckily there was a solution for my heroin, Alice. (Yes! Here comes the cross dressing!) After a traumatic episode involving a particularly nasty apothecary who hacked off her hair, Alice ran away dressed as a boy and joined her friend, Thomas, in Shakespeare’s acting troupe at the Curtain. 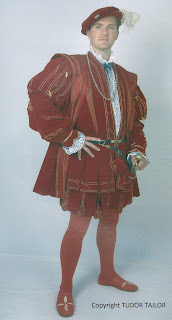 This was a risky thing to do as girls and women were banned from acting and if she was found out, the punishment would be severe indeed. But Alice, being a game girl, tucked her sprouting bosom under a doublet, and learned to behave like a boy. In fact, she soon found that she was rather good at spitting and using her fists and oh, how much easier it was to run without the encumbrance of a skirt! When she had to sleep in a room with the other apprentice actors, there was no danger of her revealing her true identity. In contrast to TV’s sexy sagas, the Tudors were not likely to remove all their clothes before going to bed but slept in their under wear, and so Alice’s secret was protected. I did question how she would cope if the boys had a peeing competition as boys like to do. But I skipped over that one.

I obviously liked the idea of cross dressing because I went on to write a double cross dressing scene. Yes, really. Is this a record, Caroline Lawrence? In Road to London I have Alice pretending to be a boy, pretending to be a girl when she plays the part of Beatrice in Much Ado About Nothing.
It’s all good fun. We girls really do have the best of it.
Posted by Barbara Mitchelhill at 08:48

So pleased you wrote on this, Barbara, as mine is on the same thing (and it IS supposed to be cross-dressing month).

I love it! I think we now have to collect instances of girls dressing as boys dressing as girls. Or can we take it even further?

I think Shakespeare was very well aware of the "double-cross-dressing" possibilities. Think Rosalind and Viola, for a start! You have just added another layer.

Nice to think you've gone one up on the Bard!

Double cross dressing - this I've got to read! I particularly admire the stance of the Tudor male model in the red velour number... Thanks for such an entertaining post.

Terrific fun, all this cross dressing...did enjoy this post and look forward to the book. I love anything that has Shakespeare in it. Like Celia Rees's The Fool's Girl and Jan Mark's The Stratford Boys and even Rosemary Sutcliffe's Brother Dustyfeet. Anyone remember that? I had it read aloud to me when I was 11 or so (a long story!) and can't recall any detail but remember being enthralled.

I've got a copy of 'Brother Dusty-feet'! Loved it! Shakespieare also turns up in Geoffrey Trease's 'Cue For Treason' - which includes a cross-dressing heroine!