I don't, of course, being a lady of dignity, respond to reviews. But one point came up which filled me with such fury that I cannot let it lie.

A character in my novel My Dear I Wanted to Tell You, set during the First World War, has a homosexual experience, fraught with drink and misunderstanding. He - Riley Purefoy, a heterosexual semi-educated working-class eighteen-year-old in 1914 - is upset. He reacts badly, and refers - in thought - to his seducer as a 'nancy'. My reader was shocked by this and called it homophobia.
Ai ai ai!
It is so simple. That was then. This is now. In that other country, the past, they did things differently. We, the novelists, have a responsibility at least to bear that in mind, while we work out our own relationship to it and how we are going to write about it. Are we going to get the underwear and the numbers of the busses right? Or are we going to invent a fantasy history that works for us and the story we are telling, where we make up the rules, it being, after all our book? That's our choice, and our job. In this particular novel - which is for adults - my history is pretty spotlessly factually accurate (and I say that as a history graduate, a former sub-editor and a grotesque pedant).
So: one of the first things you notice, when researching, is how difficult it was for certain things to be spoken of or portrayed at different stages of human development. At the time I was writing about, homosexuality was 1) against the law, 2) socially unacceptable, 3) unmentionable in respectable society and 4) probably just as prevalent as it is today. And it was absolutely not referred to directly in novels. 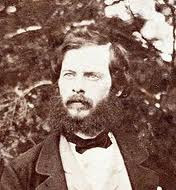 Theodore Winthrop, in Cecil Dreeme (1862), can only mention 'a friendship I deemed more precious than the love of women'. 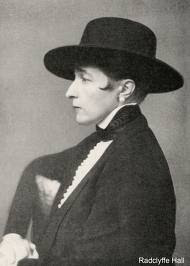 Radclyffe Hall had only to write
(in The Well of Loneliness, 1928)
of her female protagonists that
'that night, they were not divided', for the editor of the Sunday Express to announce that he would 'rather give a healthy girl or boy a phial of prussic acid
than this novel'.
E.M. Forster's Maurice was not
published till after his death.
This was the background. It was the love that dared not speak its name.
Now, in our freer times, we have opportunities that our ancestor-writers did not have: not only to address things in our society, but to address things in theirs which they could not. We have a chance to cast modern open eyes over a closed society, and wonder what might have been going on in people's minds and hearts and beds, and write about it, with modern openness. And we may also want to remain historically accurate. 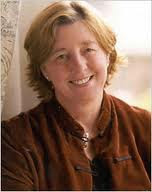 And isn't this a most wonderful and fascinating area of what we do? To work out those relationships and balances, across the centuries? Of course it is. 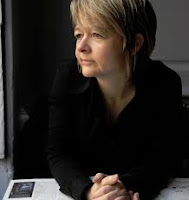 Look at, for example, Pat Barker and Sarah Waters, mistresses of the art.
'How would I have been, if I had been then, and there . . . ?' is one of our basic questions. Of course we're all certain we would have been Resistance not Nazi. We like to think - or tend to assume, if we're not thinking - that we would never have shared any of the sexual or racial or class prejudices of other times and places. But why wouldn't we? Chances are, we would have. I read the words 'little jew' in my own grandmother's diaries and winced - but she was far from anti-semitic, he was little and Jewish and it was 1927. We grow in the garden where we are planted.
So when we look back, however open and modern our eyes may be, we need to see through our characters' eyes too - particularly when writing things they would never have been allowed to write or to read. And then we have to work out how to deal with it. Not every hero or heroine can be a time-transcending neo-liberal vanguard-leader with 21st-century sensibilities. But that doesn't mean they're evil.
Dammit, of course he would have said 'nancy'.
Posted by Zizou Alphonse Corder, PhD at 00:01

Email ThisBlogThis!Share to TwitterShare to FacebookShare to Pinterest
Labels: Louisa Young, My Dear I wanted to tell you

Well said!! The past is another country and the 'rules' are different.

Louisa
The garden analogy can stretch a long way. Where we plant will be susceptible to both slugs and butterflies. I see your touchy homophilic reader as a small slug on whom you've sprinkled a little salt. Fortunately, curled up slugs don't put off the butterflies. Your attention to detail and to the essence of a period is the right way to attract flights of beautiful readers. So I say, 'curl up, shorty '(sorry, that's heightist) 'and watch all Swallowtails land'. Okay, that's stretching the analogy too far. But, hey ho, I'm off to tend my own garden.

That gave me pause for thought. My WIP contains a scene in which a someone accuses another of being a 'Nancy-boy'. I am not in the least homophobic (after all, someone very closely related to me has been 'out' for years)but this scene is set in 1919 and that's exactly what he would say.

Although we can't help looking at the past in relation to the present, we shouldn't allow our modern sensibilities to intrude. Unfortunately, it's all too easy.

Well said Louisa and well said Will. If staying true to our historical characters can be trumped by contemporary sensibilities what is, in the end, the point of setting stories in the past? Your story puts me in mind of a small battle I had with my U.S. copy editor. An eighteenth-century character was talking about Gainsborough and how wearied he was by his profession of portrait painter. I quoted the man himself who wished to "take up his viol de gamba and walk off into some sweet village where he could paint landscapes and enjoy the fag end of his life in quietness and ease." "Time Quake' was written for a YA readership. Much as I realised that the phrase 'fag end of life' might raise a smile, I thought it would be more interesting to use an authentic utterance. I tried and failed to convince my editor to keep it - but it was not important enough to come to blows about. I was pragmatic and finally changed it to 'the autumn of his life' but felt a little guilty about doing so ever since...

I've used Nan boy in a book for children (late 18th century version of your Nancy) as a mild name calling in a school setting without objections so I think you were just unlucky with your reviewer. I've come across similar problem with racial terms (who hasn't?). Perhaps we have to take greater care if we are writing for young readers as they won't necessarily get the wider context but surely an adult should understand that they didn't do PC back then?

Trying to give a sense of a historical time by not bringing those matters up or using the relevant language when appropriate & useful also makes nonsense of any progress in attitudes made since that time.

"We like to think we would never have shared any of the sexual or racial or class prejudices of other times and places. But would we?"

Well said! Surely that's what we need history for?

Bravo! It wouldn't be history if we kept out all the 'touchy' bits, it would be historical fantasy. Keep up the good work.

When you have reviews like that, just remember Mark Twain. His books are banned because of the use of the n-word. What people don't remember is that is how they talked in the 1800s. Twain was progressive and only used those words because that was socially acceptable. Also when things like this happens, it gives people who read the books a chance to have a frank discussion about the use or words. Keep fighting the good fight.

I still can't get over 'The N-Word of the Narcissus'.